A renewed sense of self-confidence – boosted by the return of 2012 overseas player Mohammed Ashraful – gave the home crowd something to cheer about for the first time in 2019 as Blackheath dispatched Sevenoaks Vine on Saturday.

Blackheath batted first on an unusually slow Rectory wicket but that did not stop Dipayan Paul, returning to his opening berth for the first time this season and compiled a mature 76 from 114 deliveries.

He was ably-assisted by opening partner George Wells (42) and prolific run-scorer Tanweer Sikander (70). 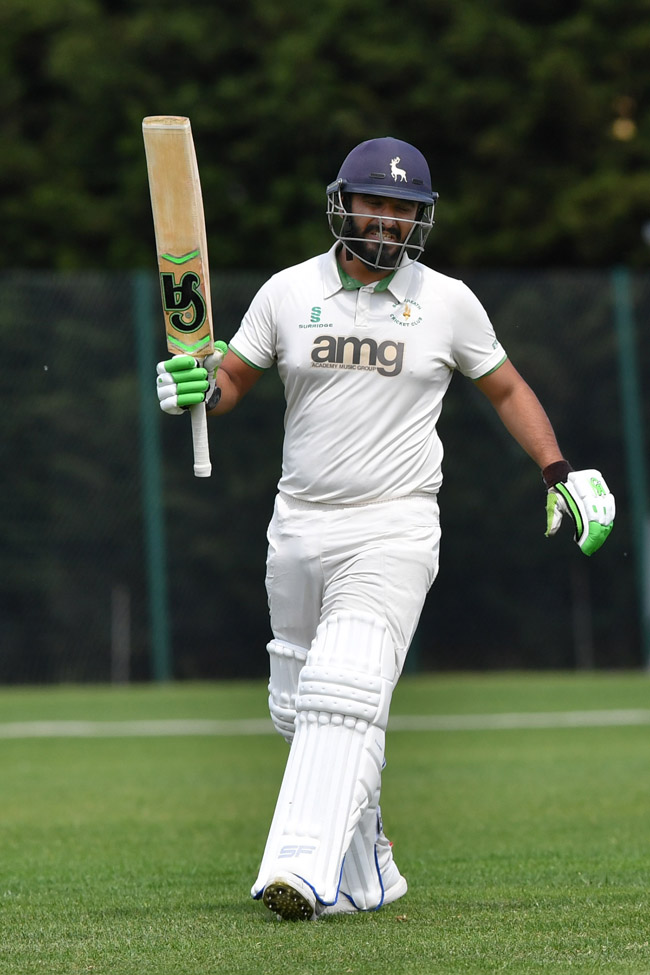 The away side quickly realised that this would not be a day for seamers and reverted to spin for the majority of the innings. It meant that despite Blackheath not losing many wickets, they had not been able to accelerate at a pace they would have liked.

In marched man of the day Ashraful, a former Bangladesh captain, and he composed a quick-fire 47 from 34 balls despite only scoring five boundaries. This gave the innings the boost it needed, Blackheath ending on a healthy total of 271, their best of the season. 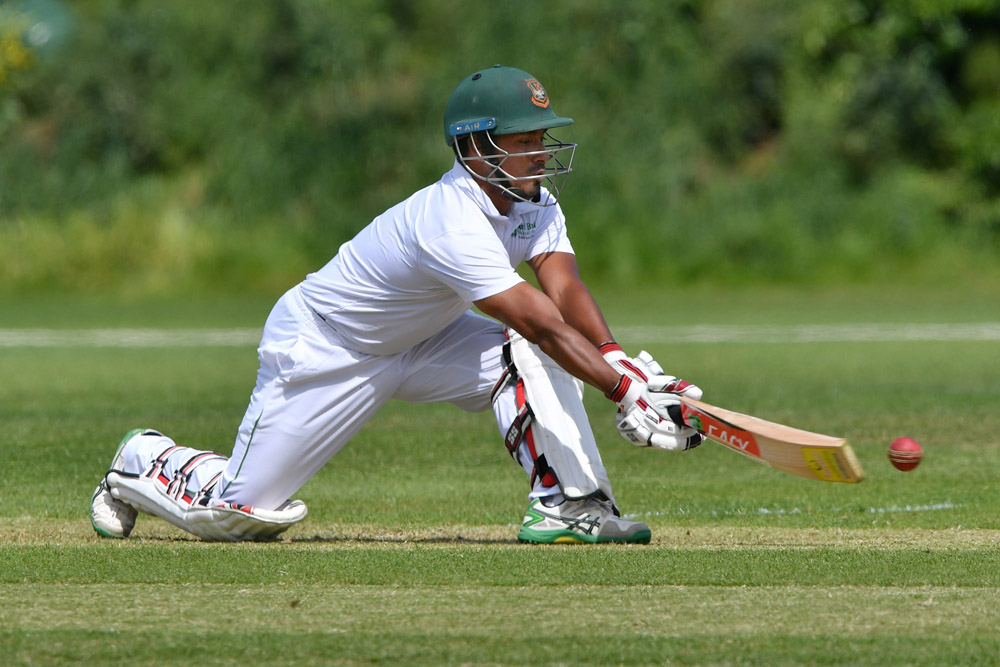 The second innings could not have started better. Jahid Ahmed rediscovered his league-winning form of last season to return figures of 2-12 from 6.4 overs.

This contributed to the Vine’s openers starting extremely slowly, only managing to be 28-1 from the first 10 overs.

Blackheath continued to turn the screw, giving very few loose deliveries but struggling to make the inroads that would put the game to bed. 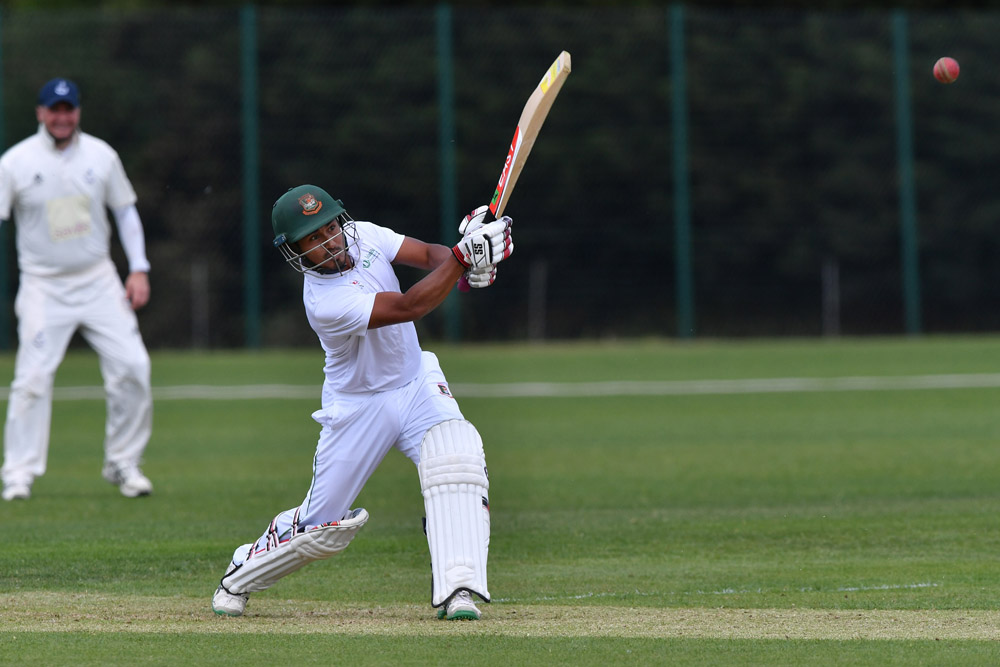 Blackheath were favourites with the score at 100-2 after 25 overs but there was concern at the presence of two set batsmen of high calibre. Some magnificent fielding from his own bowling by the ever impressive Sikander same him take the ball, turn and throw at the non-strikers end before the backing up batsman could return to his crease to break the third-wicket partnership between Michael Barber and Luke Schlemmer. 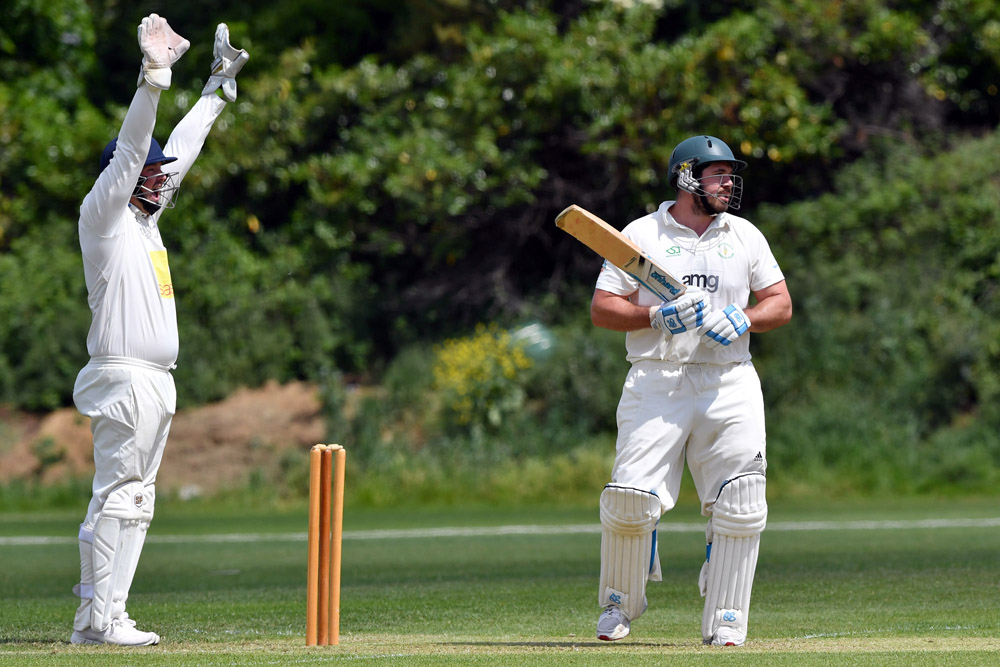 The class of Ashraful’s off-spin would now tell as all incoming batsmen struggled to score, succumbing to his variations as they tried to get back on top of the rate. Figure of 5-31 from 10 overs highlights how difficult he was to score against.

Blackheath won by 112 runs. They are at Tunbridge Wells this weekend.