An off-duty firefighter and cook have been awarded for their heroic lifesaving actions after witnessing a car crash.

Lambeth firefighter Gavin Shipley and resident Dashu Pandey, a worker in a local restaurant, were in the area when they heard the sound of an impact and turned to see a car flipping over.

The pair, along with eight other members of the public, quickly reacted to the terrifying scene and helped flip the car back over.

The driver of the car was still strapped into the front seat of the vehicle and unconscious, so Gavin and Dashu pulled him out. But they felt no pulse, so the pair started to perform chest compressions.

The pair continued doing the compressions until the first fire engine and ambulance arrived – and by then they could feel a weak pulse. 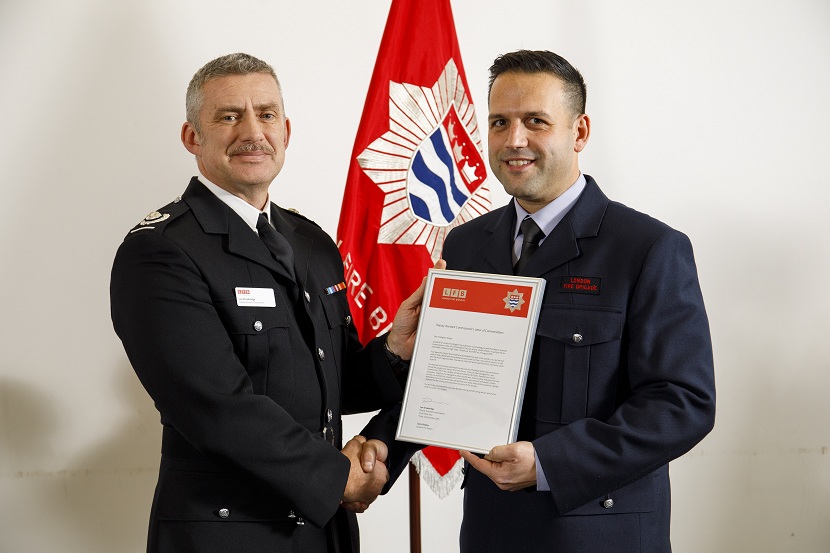 Mr Shipley said: “My first aid training kicked in and I knew we needed to get the casualty out of the car as he wasn’t breathing.

“In the fire brigade we’re usually there after a crash has happened so it was shocking to actually witness it.

“I was really humbled to receive the commendation but I couldn’t have done it without all the other members of the public and Mr Pandey – it was really brilliant how everyone came together and rushed to help.

“If it wasn’t for everyone else we wouldn’t have been able to flip the car and his chances of survival would have been pretty minimal.”

Both Mr Shipley and Mr Pandey have been awarded with a Deputy Assistant Commissioner’s letter of commendation from the London Fire Brigade.

Mr Pandey was commended for his willingness and actions to assist – and told he is a credit to the people of London.