More Sport
11th September 201810th September 2018 Sports Reporter 0 Comments
BLACKHEATH 10
OLD ELTHAMIANS 21
BY GRAHAM COX AT WELL HALL
The sun came out for the final quarter of this encounter, and shone blue and gold on a day that will live long in the memory for Old Elthamians.

The Old Boys may not have had a majority of possession or territory, and their scrum may have been ripped apart in the early stages, but their control of the game in the key moments was vastly superior to Blackheath’s, and their three tries were well executed.

The first came in the seventh minute and it left the hosts chasing the game.  After some early forays into OEs’ territory, the visitors’ first attack saw a missed tackle allow fly-half Tom White to put Fred Hosking under the uprights for the softest of scores. 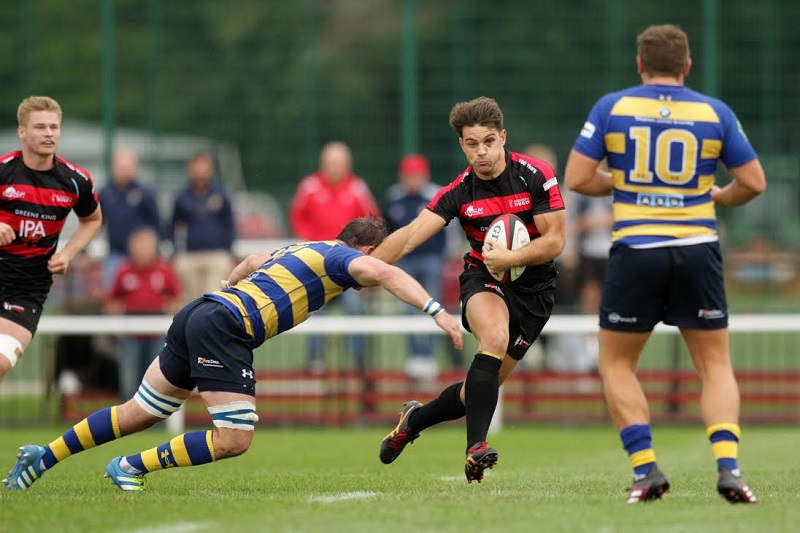 Blackheath might feel aggrieved that the deliberate knock-on, followed by their demolition of the opposition scrum, both five metres out, didn’t result in the penalty tries that would have served them better than yellow cards for, respectively, full-back Ben Howard and loose-head Alex Rogers.

Nevertheless, Elthamians’ 13-man defence was outstanding, and although Josh Peters eventually plunged across the goal-line for a converted try in the 37th minute after the Club probed the goal-line, it left the visitors on level terms at the break, only a fine tackle and turnover from Blackheath’s Joe Tarrant on Hosking denying them retaking the lead.

Within five minutes of the restart Elthamians were ahead and this time it was an advantage they would not relinquish.

Two quick penalties gave the visitors field position, and as Blackheath infringed for a third time at the line-out, a quick tap saw number-eight Ben King crash over from close range.

Elliot Clements-Hill claimed three points back for Blackheath on the hour, but the full-back, who had kicked so majestically at Esher the week before, missed with two earlier attempts, as well as with a penalty to touch, and the hosts’ error count simply allowed White to control proceedings with his booming left boot. 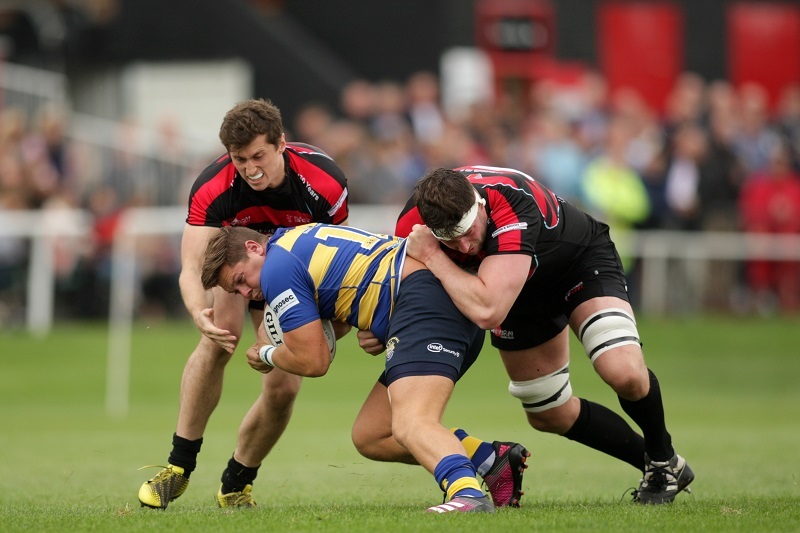 Blackheath’s line-out wobbled too with three crucial losses, to one overthrow from OEs, and with Peters in the sin-bin late on, Elthamians made their superior numbers count in a way the hosts had failed to do midway through the first period, with blind-side Harry Ledger storming over from a close-range throw to spark celebrations from the visitors.

Blackheath need to pick themselves up with a tough away trip to Brickfields and Plymouth Albion this weekend, before returning to Well Hall on Saturday September 22 for the visit of Darlington Mowden Park.
Blackheath
Tries:   Peters
Conv:  Clements-Hill
Pens: Clements-Hill
Old Elthamians
Tries:   Hosking, King, Barton
Conv:  White 3
IMAGES BY HELEN WATSON