It’s been a full-on week for an injury-ravaged Charlton side – but Josh Cullen reckons that a win, a loss and a draw from games with Derby, Bristol City and West Brom is a decent haul.

The Addicks were missing ten first-team bodies by the time they ended a busy eight days with an impressive point at The Hawthorns on Saturday.

West Ham loanee Cullen bagged a late leveller from the spot in the game in the West Midlands on Saturday and he was pleased to cap off a difficult week with a solid result.

“On paper, playing Derby and then Bristol City and West Brom away, to get four points as a newly promoted side is a decent return,” Said Cullen, 23.

“I think it says a lot about the group we are that we’re a little disappointed with not getting more out of this week. But every game we play against these sides that we expect to be up there or thereabouts in the play-offs or automatics, and we’re matching them, that’s growing our confidence. We’re just looking forward to next week now and being at home. Our home form is going to be key. Hopefully we’ll get three points next week. 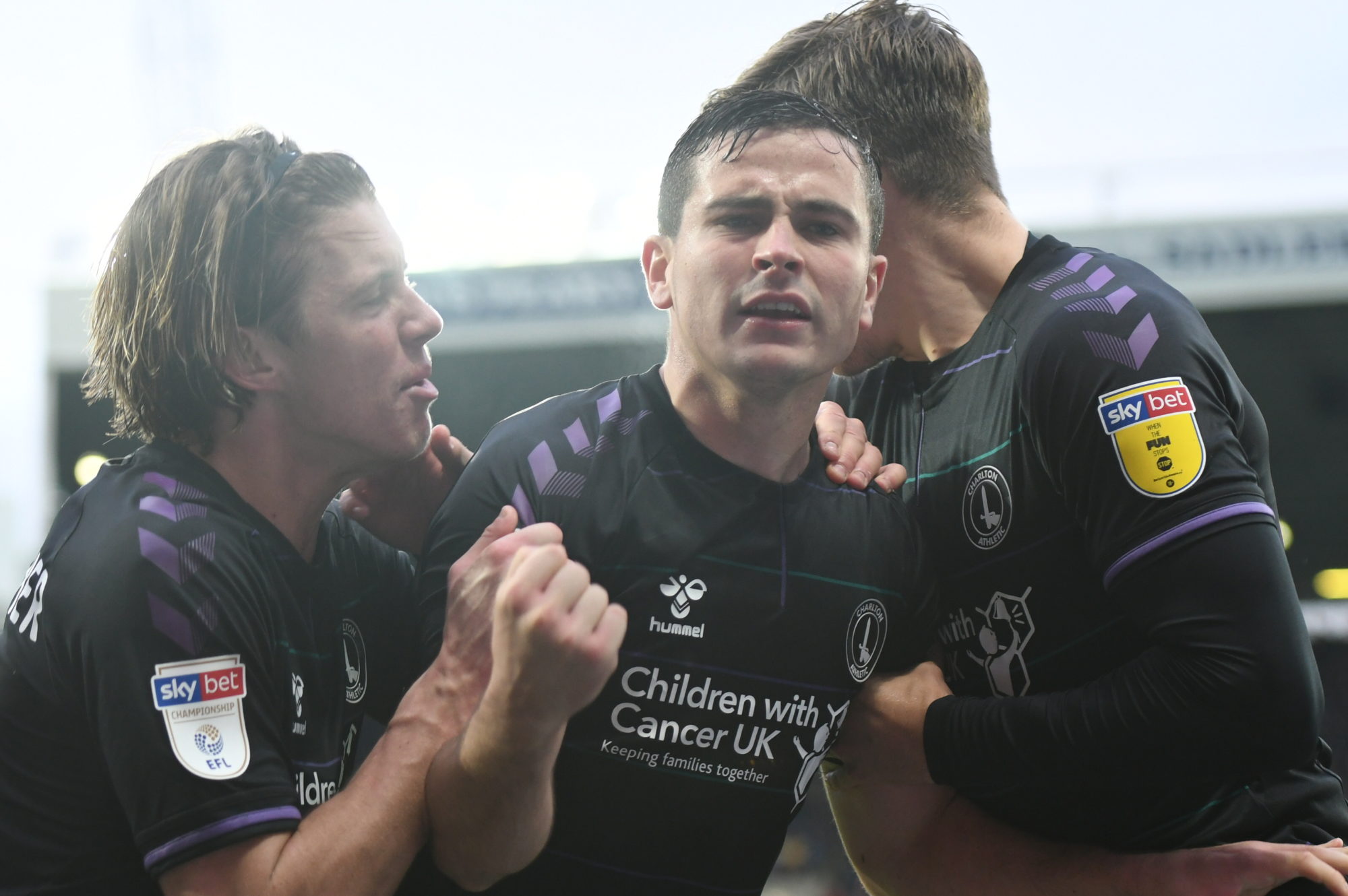 “We’ve got a few injuries at the minute. A few coming back soon, hopefully. That will give us a boost when those boys come back. But we’ve got a good squad in there. We’ve got young lads in there on the bench who deserve their place on the bench. They’re good players, good enough to come on if we need them.

“We’ve got a good squad. That’s what the gaffer, Steve Gallen and all the staff would have wanted to build at the start of the season. To know that every team has these periods where you have a few injuries that you could do without but we’re still doing alright. The lads that are coming in or the lads that have to play out of position are doing it and we’re still handling it OK.

“Talking about the squad, with the injuries that we’ve got, we’ve got players who are more than capable of coming in and the side will lose no strength. It will just be as strong. With the squad, when it’s fully fit there’s a lot of competition for places so you have to perform to play. I think that’s a good environment for any team to have and we’ve got that. When we do have a few injuries, lads can step in and do just as well.”