In front of 2,438 disbelieving witnesses, a blatant case of floodlight robbery was perpetrated in the brewing heartland of Burton on a murky Tuesday evening.

A gang of bold-as-brass Cockneys masquerading as serious League One promotion pretenders were grimly hanging on to a thoroughly undeserved point when, with two minutes of normal time remaining, they smashed through their stunned hosts’ resistance and made off with not one but all three points.
Nottinghamshire police are on record as stating that the heist was as brazen as any recorded within their county borders. And it’s worth remembering, this is where Robin Hood made his name. 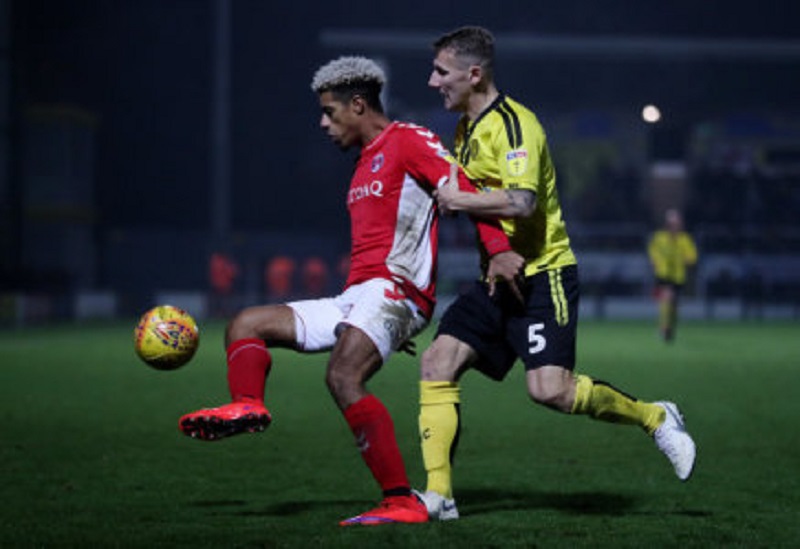 When safely clear of the crime scene, Charlton bigwig Lee Bowyer, who was behind the coup, readily acknowledged the injustice inflicted on Burton Albion, as victims of the ram raid.
In no mood, though, to apologise for fortune’s favour, he celebrated instead “the best three points we’ve won this season” and added that he “was happy to take the points and run.”

His frankness was refreshing, not that his frustrated opposite number, Nigel Clough, would necessarily appreciate the brutally honest sentiments.

Having trudged through by far their most dismal performance of this difficult campaign, the Addicks were at least still battling away when, with two minutes left on the clock, a rare foray into their tormentors’ territory earned them a corner on the right side.
In front of their defiant supporters, substitute Jamie Ward landed the flagkick at the near post, from where a faint flick-on was anticipated by Jason Pearce, whose craggy knee forced the unlikeliest of matchwinners past Bradley Collins.
The scruffy goal was in perfect harmony with the dross which preceded it. Its importance, however, might prove to be incalculable. 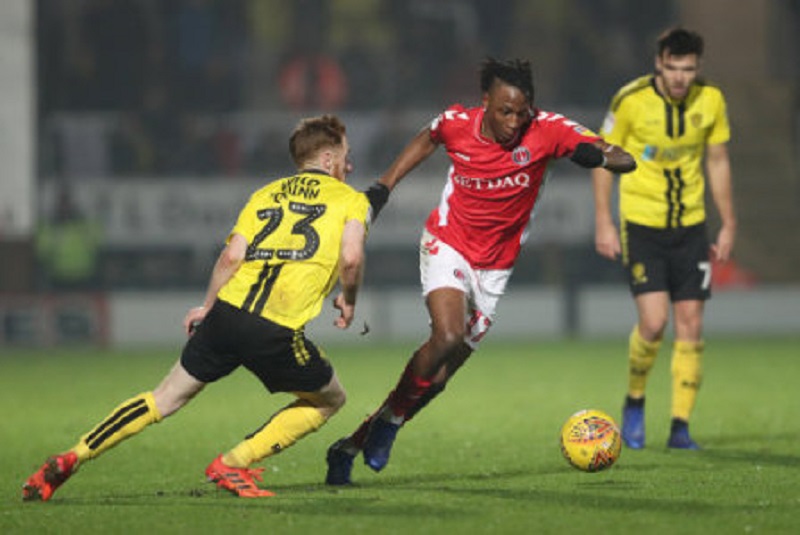 Bowyer was quick to salute his skipper’s important contribution, both in scoring and standing head and shoulders above his team-mates throughout a stultifying evening.
“He’s just a warrior, isn’t he”, he chortled. “he’s a leader and that’s why he’s our captain. George Lapslie was everywhere and Jed Steer was outstanding. Everyone put a shift in.”
Lapslie was indeed bighearted in his unstinting efforts to turn the tide, while Steer was quite superb. And everyone did put a shift of sorts in. It was winning ugly at its most ugly, but the Addicks hung in there through adversity and mounting weariness. It never hurts to be lucky and, boy, were they lucky!
The first half hour of this bizarre game were a nightmare for the out-of-sorts visitors, who showed little of their characteristic energy or zip.
Rarely in possession of a ball which seemed to belong to the Brewers, Charlton were on the verge of weathering the worst when eccentric referee Ross Joyce made the first of many baffling decisions.
Almost as an afterthought, he pointed to the penalty spot after Liam Boyce, while heading away from goal, stumbled under Krystian Bielik’s challenge. 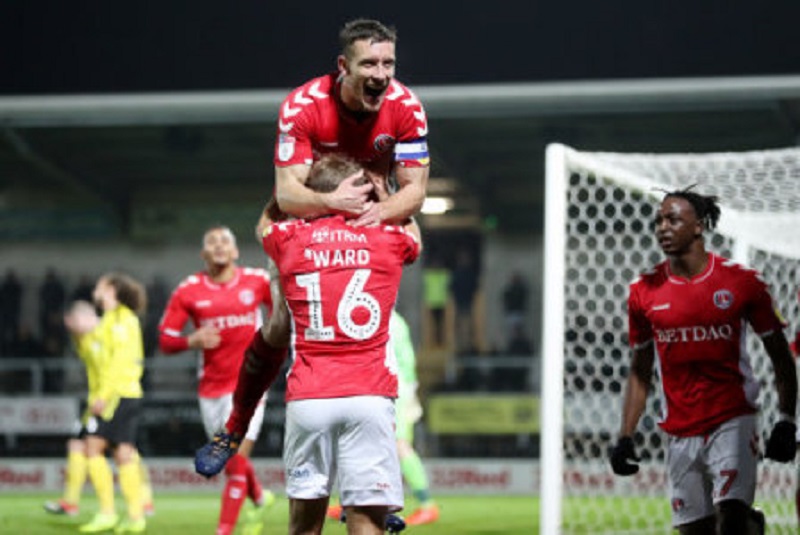 Albion’s appeals were half-hearted but were enough to convince the vague official that right was on their side. Brewers’ captain Lucas Akins sensibly made the most of the break by blasting a no-nonsense spot-kick to Steer’s right.
Charlton’s plight would have been much worse had Steer not been in magnificent form.
Before Albion took the lead, his instinctive reaction kept out a mighty miscue by Naby Sarr, before a sensational fingertip save turned Boyce’s power header, from Akins’ pinpointed centre, on to the bar.

Devante Cole netted the rebound but was correctly ruled offside.  Even Steer was left helpless as Stephen Quinn drove ferociously but inches over the angle of post and bar.

Steer’s heroics kept his side in the game and assumed added importance when the Addicks surprised nobody more than themselves by equalising before the break.
The penalty they were awarded was undisputed, with Kyle McFadzean caught bang to rights for mowing down Karlan Grant as he turned on to Lyle Taylor’s square pass. 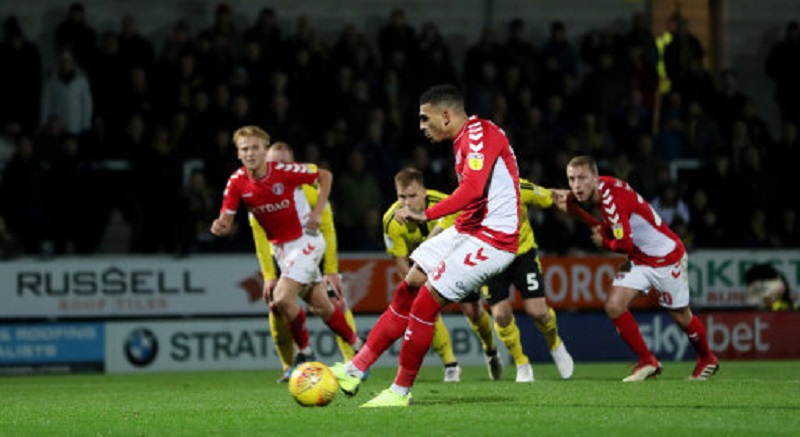 With Taylor less than enthusiastic and Tarique Fosu’s application for the job firmly turned down, Grant himself made uncomfortably hard work of squeezing his spot-kick off Collins’ right hand into the bottom corner.

Though they improved after the break, the visitors were still second-best to Clough’s eager beavers.
They were encouraged to persevere by Sarr’s wonderful game-saving block of Scott Fraser’s point-blank effort and by Steer’s great saves from Boyce and Will Miller.
Collins responded in kind by smothering Taylor’s acutely angled drive, then collecting Taylor’s follow-up attempt as it ricocheted off McFadzean.
The Brewers were beginning, with ample justification, to bemoan their wretched luck when it proceeded to kick them squarely where it hurts most.
Charlton’s team coach, meanwhile, hastily but wisely picked up its passengers, stowed the three points in the luggage compartment and fled the scene before the constabulary arrived.
Charlton (4-3-2-1): Steer 9, Solly 6, Bauer 6, Pearce 8, Sarr 7, Fosu 6 (Marshall 81), Bielik 6 (Ward 69), Aribo 7, Lapslie 6 (Dijkstee 90), Grant 6, Taylor 6. Not used: Phillips, Ajose, Hackett-Fairchild, Stevenson.