Tahnoon Nimer has a perfect record when it comes to watching Charlton Athletic matches at The Valley.

That’s likely to change, unless he has the same kind of attendance record as Roland Duchatelet.

Nimer, who owns the majority stake in East Street Investments, had flown in from Abu Dhabi to see the Addicks in action.

It’s absolutely fair to say that the Syrian businessman didn’t see Charlton at their best. 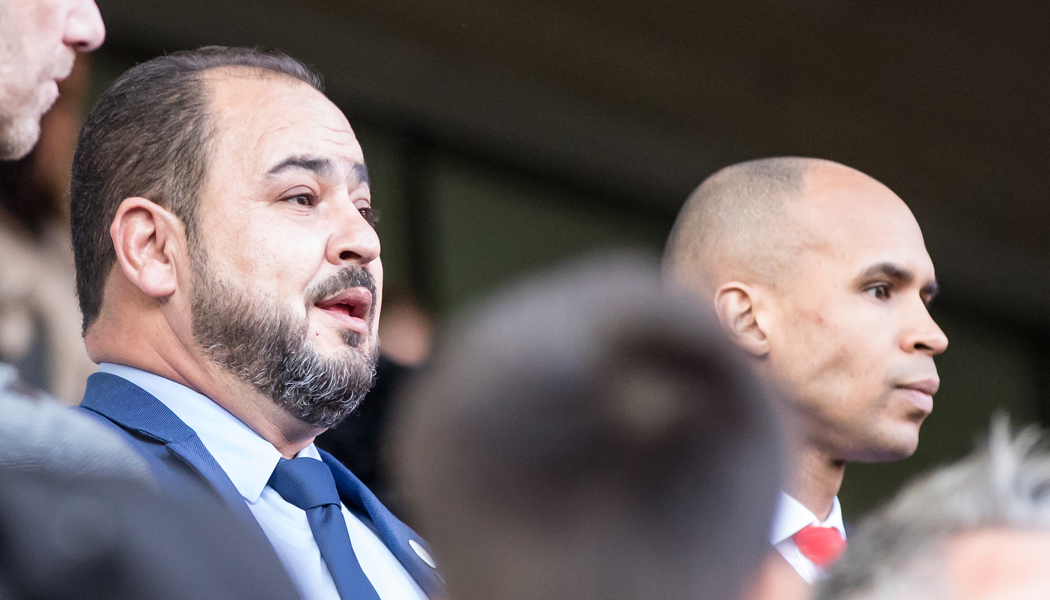 It wasn’t always pretty on Saturday. It wasn’t always convincing. There were some genuinely hairy moments. But the Addicks won. Absolutely crucial when you factor in that Wigan did Leeds United at Elland Road.

Charlton’s gap to the relegation zone is only four points but it could have been even less comfortable than that.

It was only a second win in 19 matches for Charlton. But there is more than one way you can look at their recent sequence of fixtures. They are five unbeaten in the league at The Valley and that includes draws against West Bromwich Albion and Fulham. 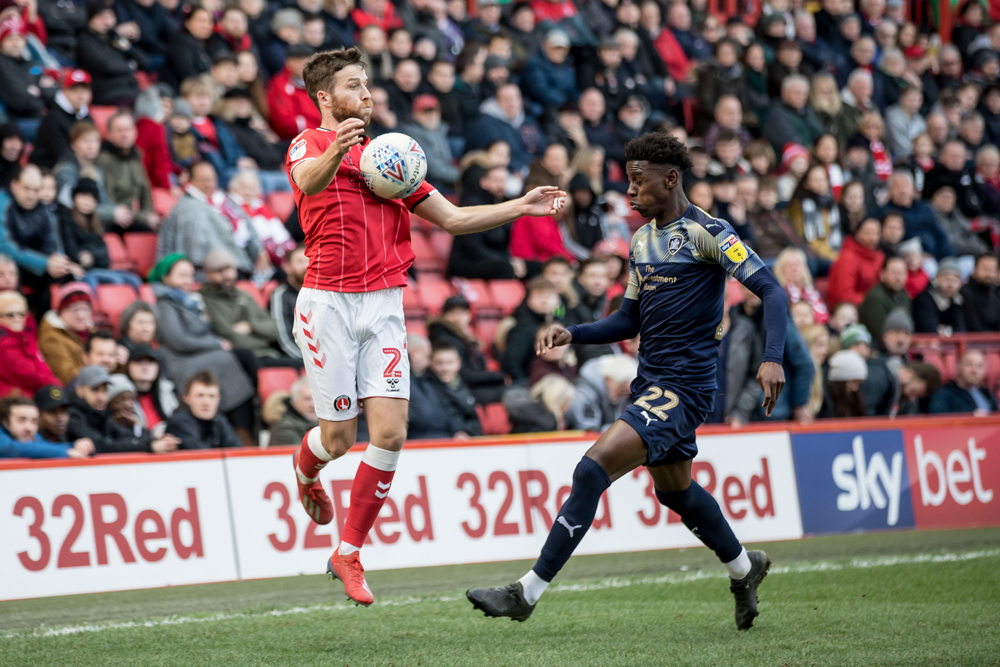 Bowyer’s boys have not won away since August 31 – at Reading. Their four victories since then have all been in SE7. It’s not ideal that they face back-to-back travel assignments at Stoke and Forest when they have lost six of their last seven on the road.

The key thing for Bowyer is that he finally, finally has players coming back from injuries who are fit enough to play more than cameo roles. 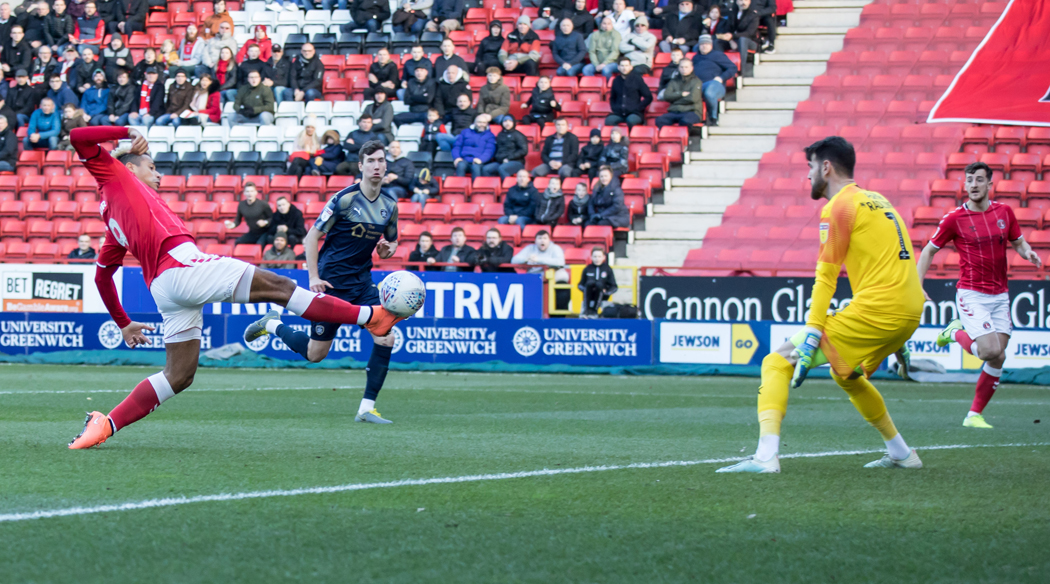 Charlton looked so much more potent at the weekend with the pace and purpose of Lyle Taylor, Jonny Williams and Andre Green all starting. And there were experienced options on the bench too, something which hadn’t been the case at the peak of an injury crisis which the Charlton boss described after squeezing past the Tykes as “a horrendous situation”. 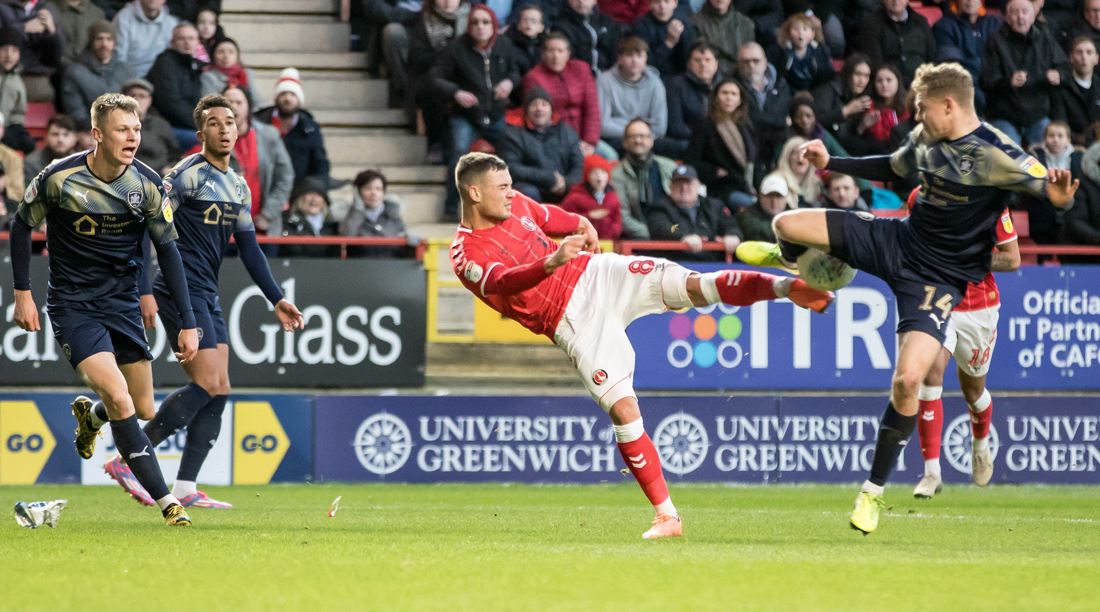 The question remains whether ESI did enough in the January transfer window to increase the chances of the Addicks staying clear of the bottom three.

One of the reasons they pushed ahead with their buyout of Duchatelet was so that they could wheel and deal at the start of 2020.

The business completed was unspectacular. It says a lot that the big window wins were that Lee Bowyer signed a new three-year contract and they kept Taylor. 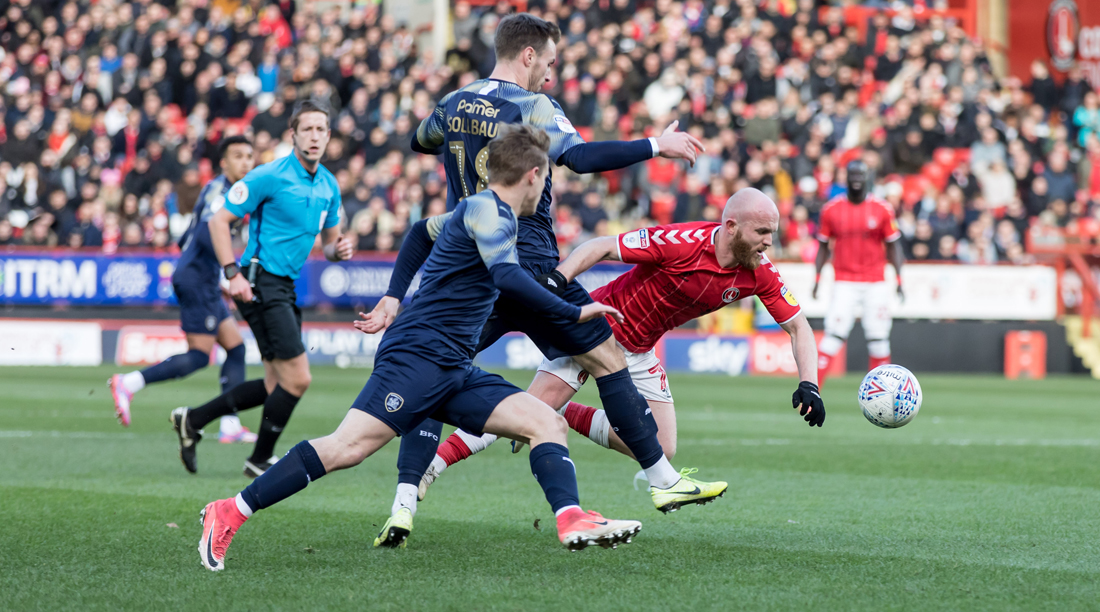 The reality is that none of the clubs trailing Taylor were ready to pay the kind of sum that would have  given ESI something to think about.

Relegation from the Championship would see an instant hit of up to £7million in terms of turnover when you factor in the drop in TV income and that attendances would take a hefty hit.

So keeping Taylor – even if he will be off when his deal expires in July – was absolutely the right thing to do. He has been one of the best – if not the best – players at Charlton since the start of last season. 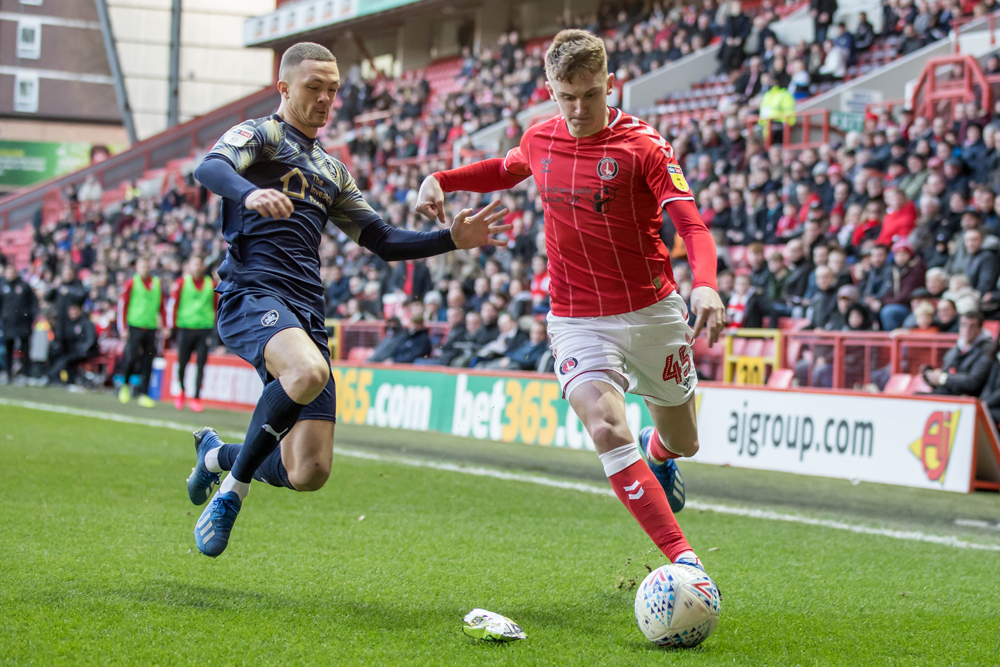 Taylor has the best goals-to-minute ratio in the Championship this season out of anyone who has played at least 15 games. He scores every 121.8 minutes – which is a better return than Nakhi Wells (124.4), Aleksandar Mitrovic (127) and Charlie Austin (139.6).

And Taylor tends to deliver when the heat is on.

He collected his eighth goal of the season, gambling on Jason Pearce heading on Josh Cullen’s free-kick and cashing in with a flicked finish past Sami Radlinger. 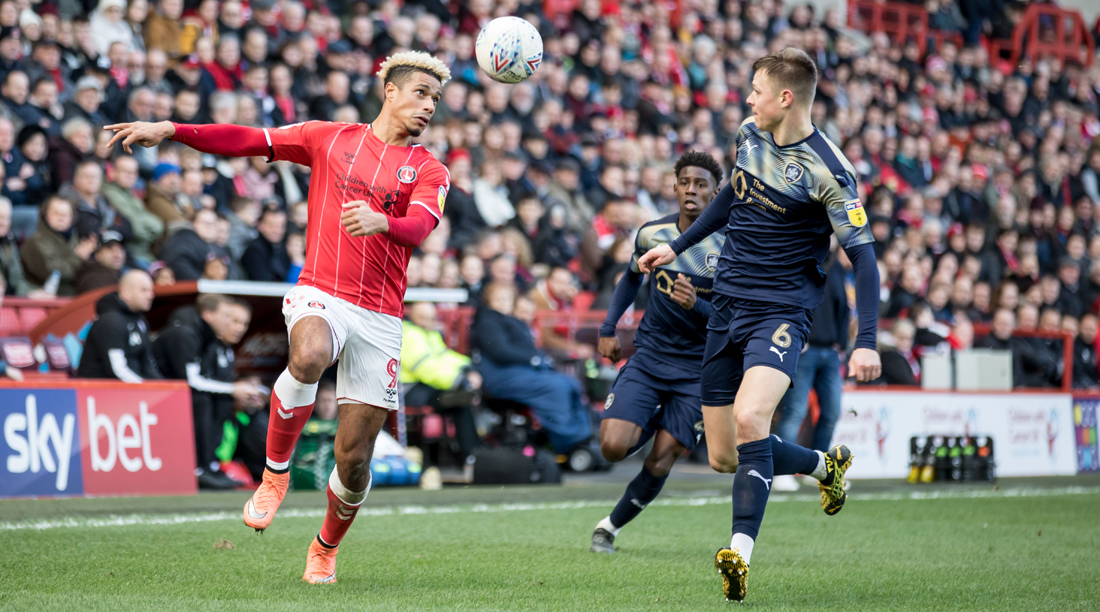 The Addicks have only lost once when the former AFC Wimbledon striker has netted this season and the result looked a whole lot more secure when Andre Green decisively drove into the bottom left corner in first-half stoppage time – Naby Sarr’s botched attempt at a shot turning into the perfect lay off.

But the Championship doesn’t often tend to do comfortable for teams. Dillon Phillips had produced a terrific save to deny Mads Andersen when the score was 1-0, Aapo Halme’s follow-up clipping the outside of the left upright.

And Barnsley will feel they had the chances to at least come away with a draw as they hit the woodwork twice more in the second period along with substitute Jake Forster-Caskey clearing off the line. 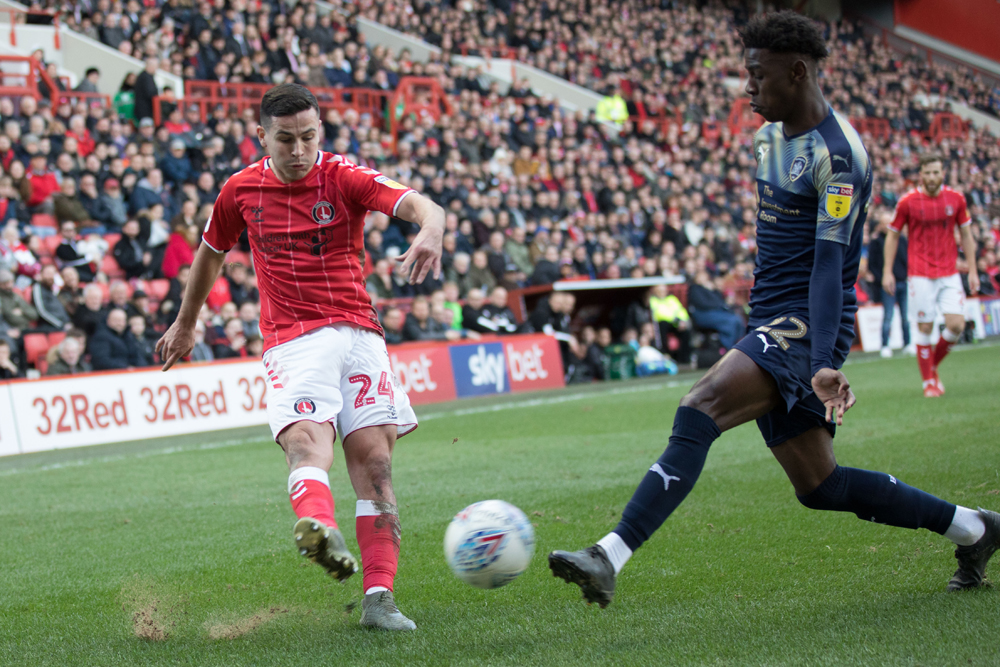 An excellent run by Luke Thomas was finished sweetly by Cauley Woodrow in the 71st minute. It would have been something of an injustice if Gerghard Struber’s side had not managed to get one goal after a vastly-improved second-half display.

But while Charlton’s injuries are abating, it’s still going to take time for players to get back to peak condition.

Taylor admitted post-match that he was cramping even before the interval and had to be replaced by Tomer Hemed with 22 minutes still to go. It’s a shame as his combination play with Green showed real promise. 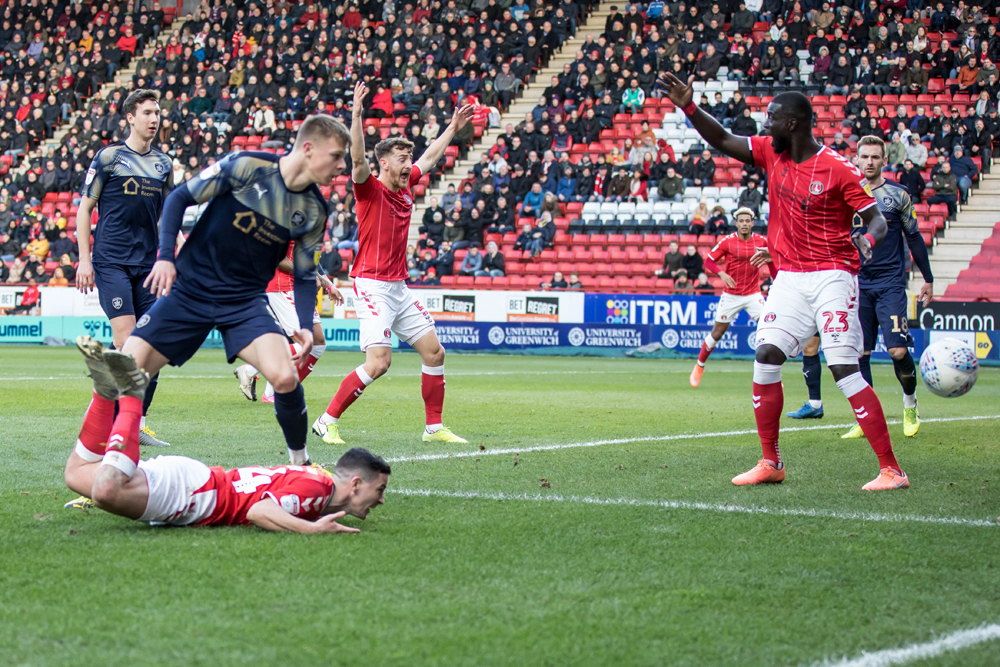 And Forster-Caskey replaced Jonny Williams before the hour mark when the luckless Wales international appeared to be on the receiving end of a Josh Cullen tackle. Those couple of changes definitely affected the Addicks’ effectiveness in the final third and made things that little more fraught for the finale.