BY KEVIN NOLAN AT DW STADIUM

It also exposed their  disquieting lack of punch up front when Lyle Taylor’s galvanic influence is missing – not to mention his proven ability to find the net.

A positive-looking line-up, which featured at different times four attack-minded players, attempted to fill the Taylor-sized hole inside the DW Stadium but fell palpably short. In fact, between the hopeful quartet, only 62nd-minute substitute Macauley Bonne mustered an effort on target. 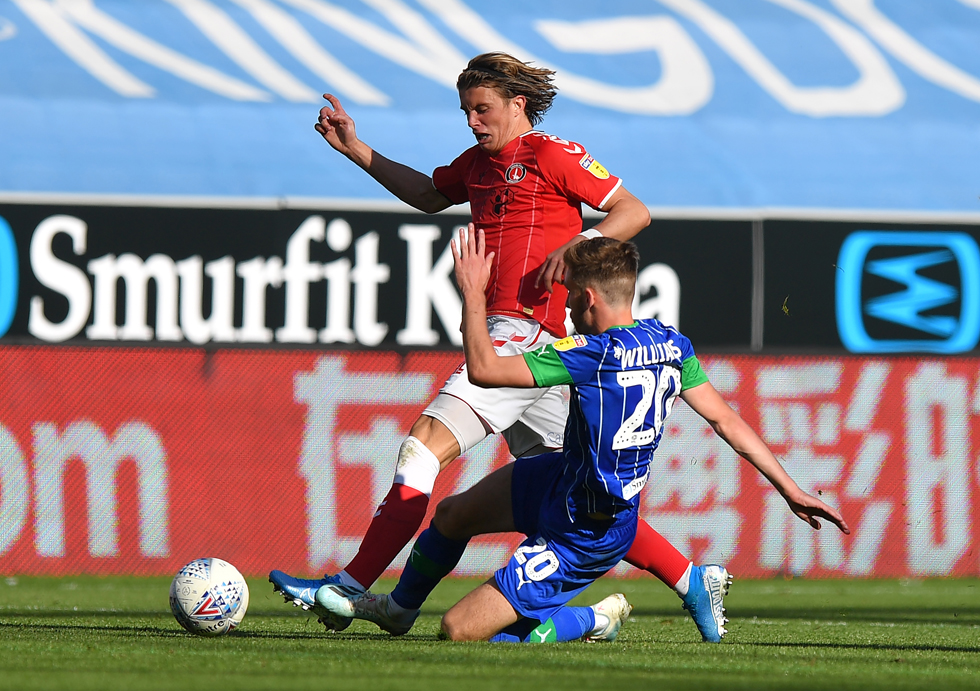 Charlton may not be a one-man team but with only two goals contributed by other strikers this season – Jonathan Leko and Chuks Aneke one each – it’s beginning to look like they have a one-man forward line. And that man is not expected to return in the near future. 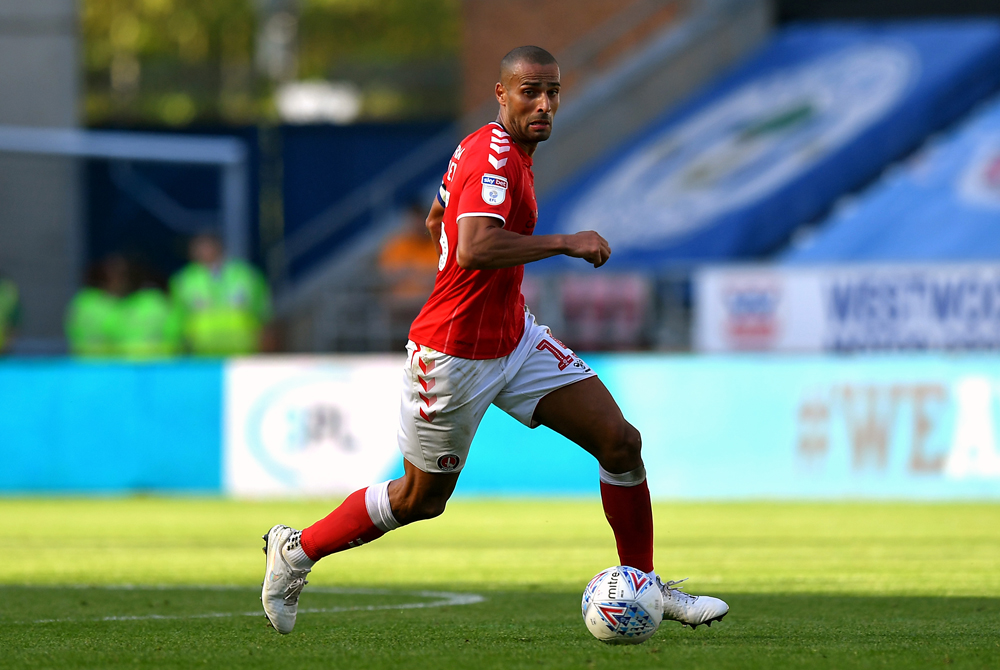 His coup-de-grâce, midway through the second half, emphatically bulleted home Michael Jacobs’ equally effective outswinger from the opposite flank.

To be caught out from a corner once may be tolerated as just one of those things. Conceding again to the same opponent from another corner is impossible to shrug off as just two of those things. 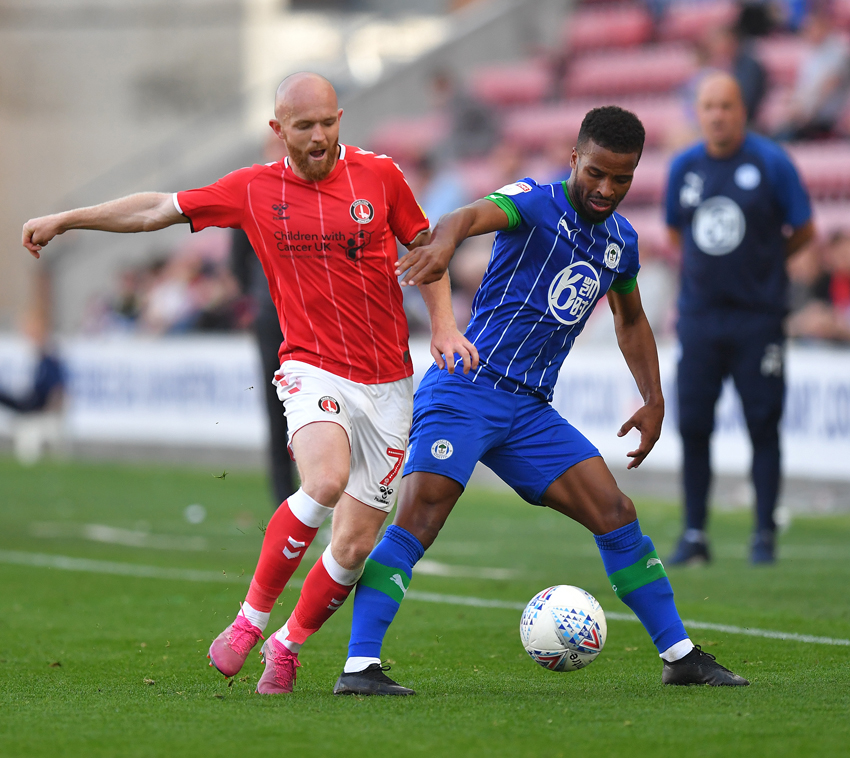 Charlton’s defending on both occasions is charitably described as statuesque. Watching helplessly from the bench, Jason Pearce might have made a better job of organising their setpiece resistance.
Competent but limited, Wigan took up where Birmingham had left off. They handled their visitors’ feeble attacks with ease, bided their time and finished them off with goals neatly spaced for maximum effect. They will hardly enjoy a more comfortable afternoon in front of their somnolent fans. 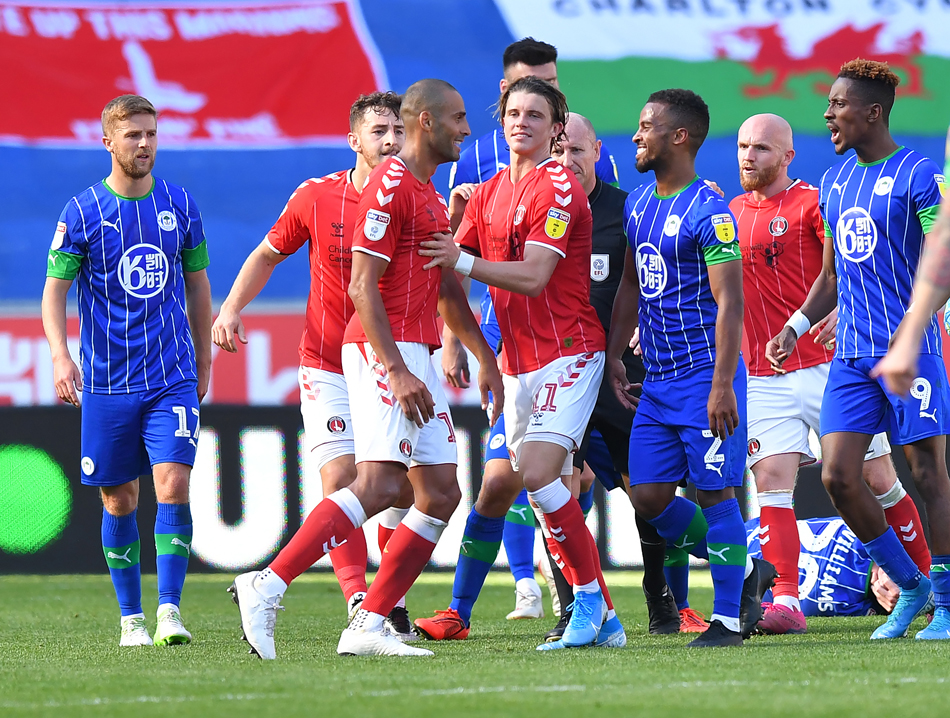 Unlikely to panic but doubtless concerned following two scoreless defeats, Bowyer has few options in Taylor’s continued absence up front. He again named Leko and Tomer Hemed as his strike force and was hardly rewarded by their contributions for his faith in them. The Israeli international provided some neat headed touches and is clearly anxious to impress but his impact was negligible before he gave way to Bonne.

Leko was making his sixth consecutive start and is rarely substituted; an early zig-zag through a spreadeagled home rearguard, that was promptly undone by an errant cross, nutshelled his wild unreliability.

This uneven blend of natural skill and disastrous decision-making makes him difficult to predict. He can be an occasional nightmare for defenders but his end product is dismal, one goal in seven starts scarcely justifying the trust placed in him by his manager. On the admittedly flimsy evidence provided by this discouraging game, Bonne and the deceptively subtle Aneke might be worth a punt.
With the visiting forwards handled with quiet efficiency by Dunkley and his defensive colleagues, the Addicks’ few chances fell to non-strikers, most notably Tom Lockyer, who was set up nicely by Conor Gallagher but fired firmly wide of an inviting target. 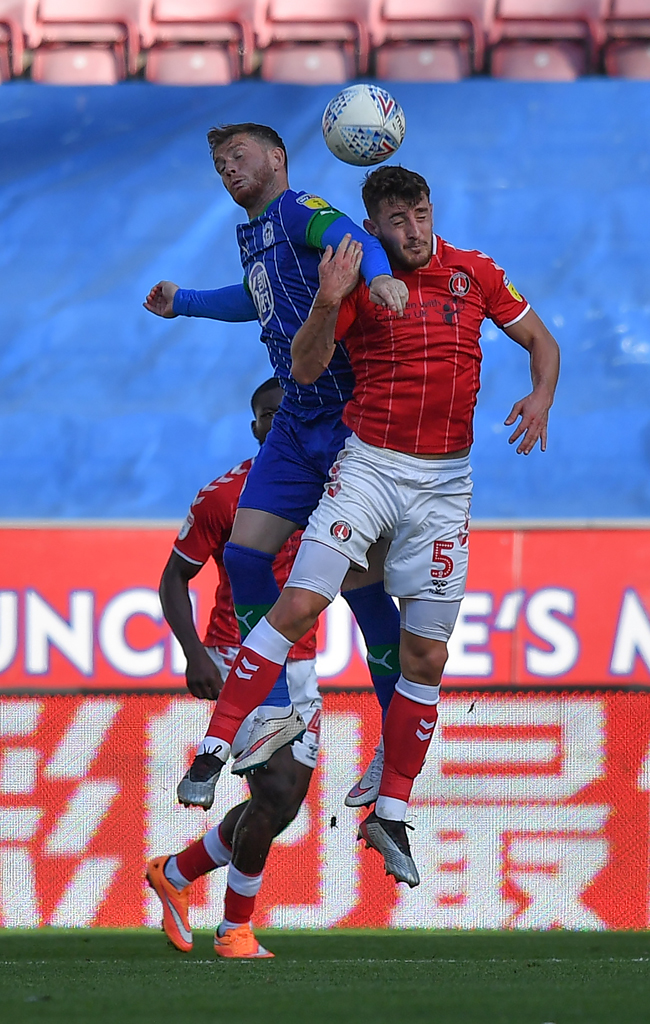 In a late flurry, by which time the issue was already decided, Josh Cullen’s header was brilliantly saved by David Marshall, who also defied Gallagher from close range.

Apart from Hemed’s improvised flick which sent Deji Oshilaja’s low cross spinning wide of the far post in the early going, the compendium of Charlton’s efforts on goal makes slim reading.
Crestfallen and likely more worried than he revealed, Bowyer was unequivocal in his reaction to his side’s first setback on the road. 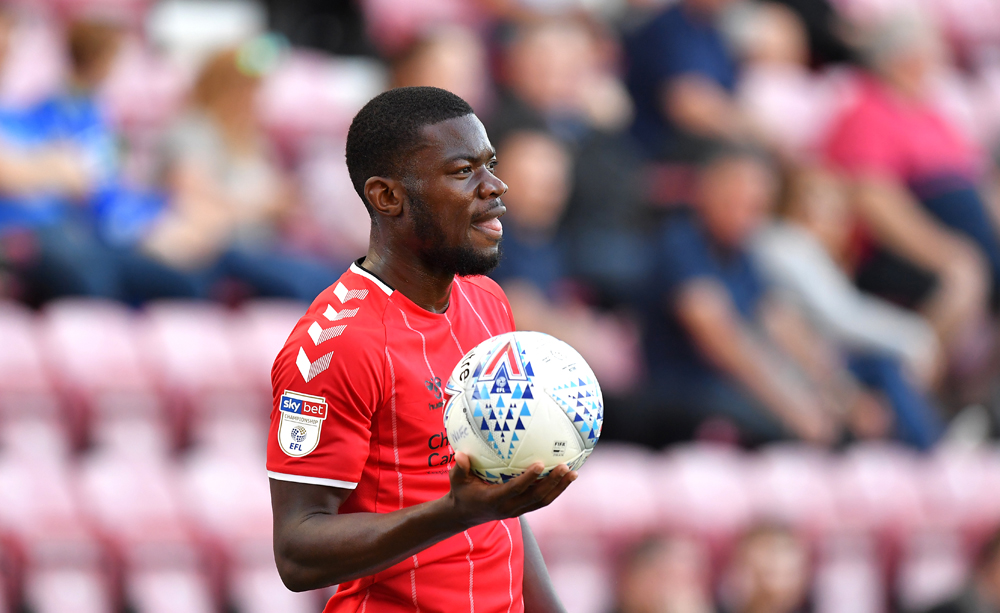 “Disappointing is an understatement, that was the worst we’ve played since I’ve been in charge. In the first half we couldn’t put three passes together – that wasn’t us.

“We’re not ruthless in front of goal. Last week was the same…there’s no positives really.”

A heartfelt amen to that.

Facing a punishing schedule kicked off by visits from top two Leeds United and Swansea City, this trip to fourth-from-bottom Wigan was possibly targeted as an excellent opportunity to ease the pressure. 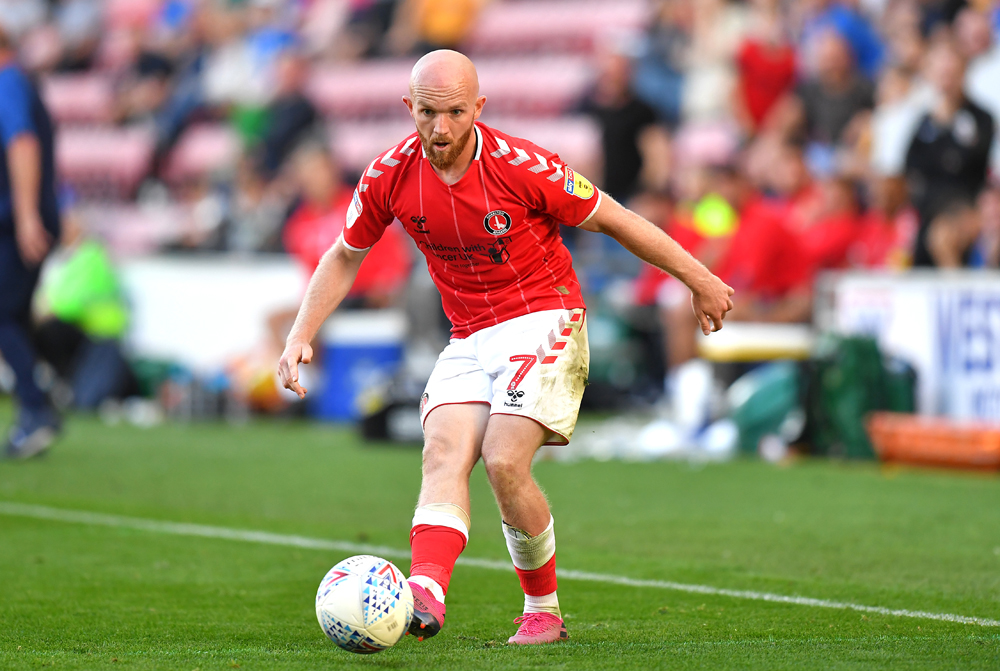 If it was, it failed dismally to lighten Charlton’s load. Their barnstorming start to the campaign provided them with the buoyancy of 14 points from six games.

The immediate future looks decidedly less promising though with their backs to the wall, they often defy expectation.

It would help, though, to know where that next goal is coming from.