Charlton Athletic’s academy has been a production line of talent – and Steve Avory believes the longevity of the staff has helped make it so successful.

He is a prime example of long service, having marked 20 years with the South London club in January.

Tomorrow is a chance for Addicks fans to celebrate the club’s youth section – the home Championship game against Barnsley will be the 10th Academy Day.

Charlton’s young players will do a lap of the Valley pitch. The likes of Dillon Phillips, Alfie Doughty, Erhun Oztumer and Albie Morgan – all now part of Lee Bowyer’s first-team squad – will have soaked up the applause when they were aspiring to make the grade in SE7.

There are plenty who have moved on and reached the bright lights of the Premier League – Joe Gomez, Ademola Lookman and Ezri Konsa all recent examples – while Joe Aribo has been a hit in the Scottish top flight with Rangers.

Avory has been head of Charlton’s academy since succeeding Paul Hart in 2014. He is better placed than anyone to break down why the system works so well. 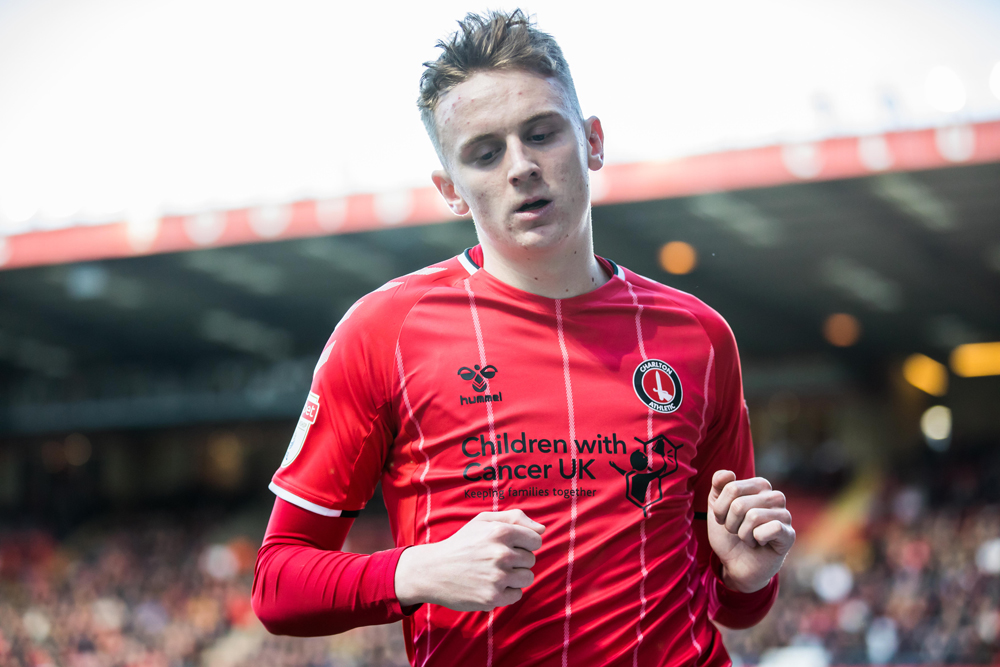 “There is no easy answer to that,” he said. “Lots of hard work goes in over a long period of time and it involves so many people.

“I have to believe that whoever is the manager will play our young players and give them an opportunity. Lee Bowyer is our manager at the moment and has certainly done that, although at times maybe circumstances have forced his hand. But he, like others, have looked at what we’ve got.

“It is important to get the recruitment right, any academy manager would say the same.

“We have to be competitive with our recruitment in what is a very competitive area, there are so many London clubs competing for the quality players who are out there.

“We have to get the coaching right. We have a playing philosophy and we stick to it and our beliefs in developing players.

“One of the key things is it’s important to have a longevity to the staff. I don’t just mean myself, I’ve got plenty here in the coaching, recruitment and education who have been here for five, 10 and 12 years.

“If you’ve got people who are continuing to work in the academy and to the values we have, then you can keep reinforcing the messages you’re trying to get over to young players.

“When I first came in we were in the Premier League. I felt at the time there wasn’t such an easy pathway because there was clearly some money there for the manager to use. That’s not to say Alan Curbishley didn’t look to see what was coming through – you had the likes of Scott Parker, Paul Konchesky and Jon Fortune. But it was tough.

“What made it a slightly easier route to start getting players through was when we were in the Championship and then we got relegated to League One. That’s a reason why there might have been more of a pathway.

“I’ve always approached it the same way, in terms of my mentality. I’ve always wanted to spend plenty of time working with players. You need to do that – on and off the pitch. You need to get to know the players and we spend a lot of time doing that – that includes getting to know the families.

“You need to find out the character of a player as well as recognising that clearly they’ve got ability.

“It’s easier in one way to identify players of talent but you’ve got to develop them as people as well.

“One thing I’ve worked progressively harder at is getting players to understand that there is a lot of hard work to be done and you can’t just rely on the ability you have got.

“You’ve got to have discipline, determination and dedication to succeed.

“There is an enormous amount of talent on our doorstep. We’re situated in one of the biggest conurbations in Europe. We’ve got to make sure we tap into it. We haven’t got a vast amount of resource, for example our scouting department, but we work very hard at it.

“Since the EPPP [Elite Player Performance Plan] came in [in 2012] – the categorisation of academies – the quality of player has improved, certainly from a technical side. Largely because we’re spending more time working with players.”

The flip side of Charlton’s absence from the Premier League has meant a greater vulnerability to losing players not long after they start turning heads.

“There is some reality to that,” said Avory. “We’ve either been League One or Championship – in the case of Gomez, Lookman and Konsa.

“The harsh reality is that if they’ve played 30, 40 or 50 games in our first team and being as young as they are and talented as they are, Premier League clubs are going to be looking at them.

“I’d like to think we can hold on to them longer and I’m hoping that is going to be one of the challenges the new ownership is going to buy into.”

East Street Investments took control of Charlton at the start of last month and executive chairman Matt Southall has already spoken about the academy aiming to attain category one status.

“I’ve talked to Matt about this and he’s got that ambition for us – I’m pleased to hear that,” said Avory. “To get to that level we need to add to our staffing. Not by huge numbers – but we’d need more in each department.

“We’d need to develop our existing building or build a new one, which is what I’d hope for.

“There are plans [for redeveloping the training ground] and those plans were put in place in previous years. I believe from what Matt Southall is telling me that those [plans] have been inherited, even though there could be a difference in design.”

He used to be a school teacher – England head coach Gareth Southgate was a pupil – before initially arriving at Charlton as assistant director of the academy in 2001.

“I’ve had moments in my career where I’ve certainly thought about moving into the senior side of the football and experiencing some of that,” he said.

“But I’ve stayed with my position. Working with young players is my passion and that is where I still feel my skill set is. I guess that goes back to my teaching background.”