Lee Bowyer makes no secret of his admiration for Leeds United – and reckons his playing experiences there have helped shape his approach to management.

The 42-year-old Charlton boss played 265 matches for the Yorkshire giants and scored 55 goals, including netting on big Champions League nights against Barcelona and AC Milan.

Bowyer left the Addicks for Leeds in 1996 for £2.8million, then a record fee for a teenager, and tough love from George Graham helped make him a star at Elland Road.

Graham’s demands for total commitment and performing the defensive aspects of the game echoes what the Addicks boss expects from his entire squad in SE7.

“He probably had the biggest effect development-wise on me,” said Bowyer. “He was honest. He told you how it is – and he dropped me.

“He said: ‘You ain’t playing until you do the dirty side of the game. The hard work isn’t running forward, scoring and creating goals.’ He left me out for six to eight weeks. 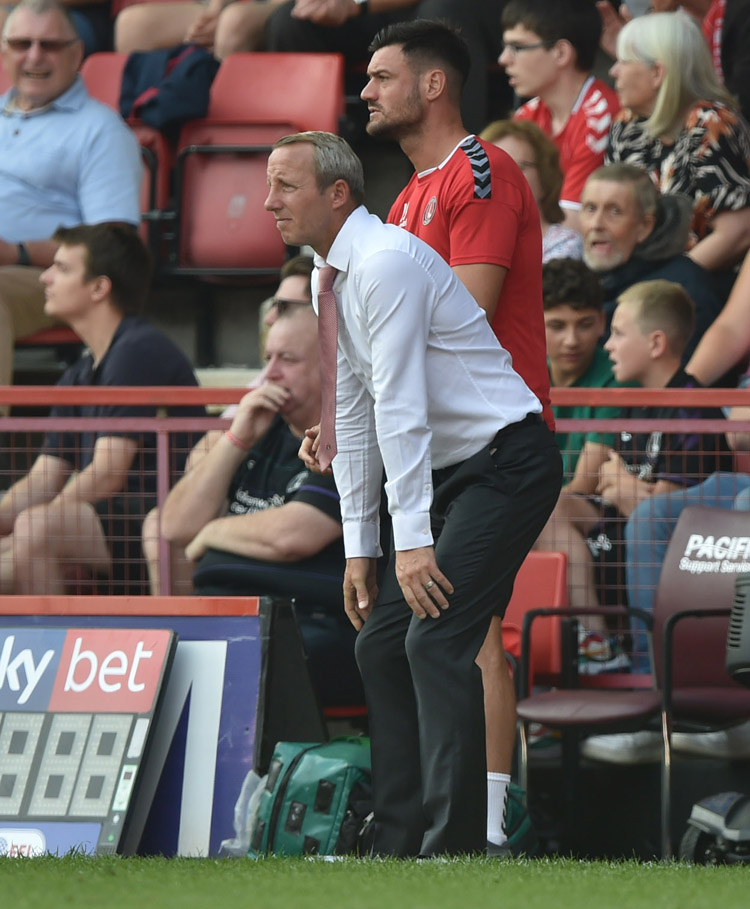 “I respected what he was saying. He made me better.

“He was straight. That’s how I am – I don’t treat anyone differently. They all know where they stand.

“The team comes first. Okay you might have the odd luxury player, like Jonny Williams. But now he is running around like a lunatic – he wasn’t doing that when he came.

“The team is the most important thing – not individuals.”

It was 16 years ago on Tuesday that Bowyer scored for Leeds against Barcelona at Elland Road.

Rivaldo equalised with the last kick of the game but David O’Leary’s side progressed to the second group stage – eventually being knocked out by Valencia in the semi finals.

Bowyer had struck late in a 1-0 victory over AC Milan on home turf earlier in the competition.

“Leeds were the best side I played for – we were relentless and ruthless,” he said. “My best memory was AC Milan. Scoring in the 91st minute and the place just erupted.

“We had the attitude we were never going to lose. When you have got that – and hard work – then you’ve got something special.

“We have got that here [at Charlton] as well. That is what I have tried to instil. It worked last season and we are doing okay this season as well. It helps when you have that attitude.”

Bowyer got a superb reception from Birmingham City’s travelling support earlier this month – and the same should be the case when another of his former clubs head to South London this weekend.

“It is not about me,” he said. “My job is to try and win Saturday. Nothing changes, that’s the way I am.

“Obviously I have got the utmost respect for them. I always will do. I had some great times, some unbelievable memories. The fans loved me when I was there and it was the same from me to them.”

If there has been a criticism of Marcelo Bielsa’s Leeds it is that they have not always turned their superiority this season into goals.

“Let’s hope they do the same on Saturday,” said Bowyer. “Their movement is very good and their athleticism is very good. They move the ball quickly and try to create two-v-ones in areas.

“Going forward they are definitely the best in the league.

“I like [Kalvin] Phillips, he brings a lot of protection in front of the back four. But there is no one standout player. They are a very, very good team.”