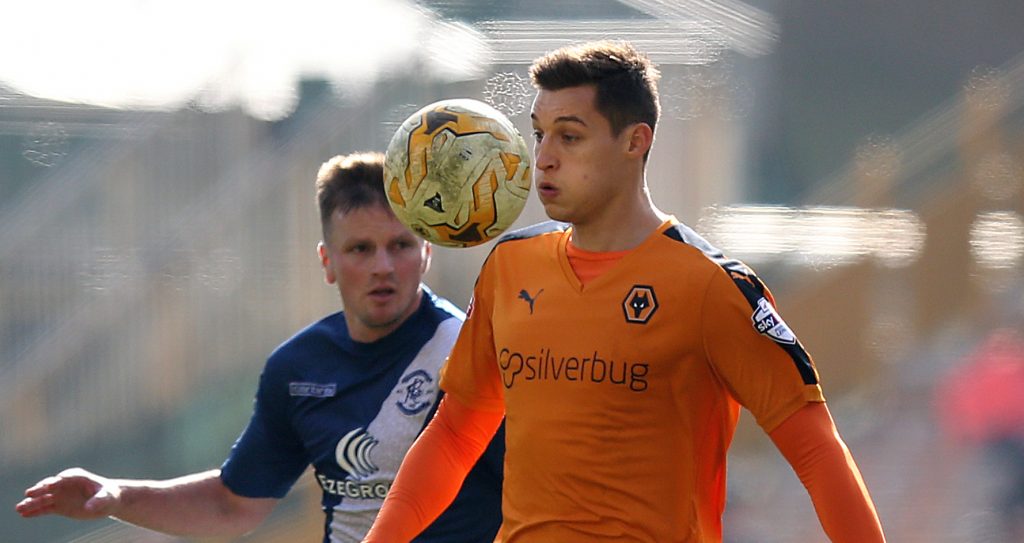 Addicks boss Karl Robinson dropped some hints about a transfer target after yesterday’s 3-1 win over Walsall.

And the South London Press has been told that Zyro, 25, has been on their radar.

The Polish international joined Wolves in December 2015 for an undisclosed fee from Legia Warsaw.

In April 2016 he suffered cruciate knee ligament damage playing against Milton Keynes. His return for Wolves came in the EFL Cup in August.

“We got the green light on one before kick-off,” said Robinson yesterday. “I’m not going to tell you who it is. I don’t want to jinx it.

“He is 6ft 1ins or 6ft 2ins, quick and left-footed, which gives us a bit more balance. He can play as a striker, as a nine. We’ll get him to the training ground on Monday.”

Charlton are also looking to push through a loan deal for Crystal Palace attacker Sullay Kaikai.

Protracted negotiations on Friday saw the midday deadline for Kaikai to feature in their match at the weekend.

It would take the Addicks’ loan deals to four with Ben Amos (Bolton), Jay Dasilva (Chelsea) and Stephy Mavididi (Arsenal) the other additions on season-long stays.