The academy product, 23, got a second shot between the posts when Jed Steer was recalled by Aston Villa at the start of January.

And Phillips has kept out Preston North End loanee Chris Maxwell since then. He penned a deal with the Addicks until the summer of 2021 on Friday afternoon.

He said: “Dillon has definitely improved as a goalkeeper from the start of the season. Marsh has worked hard with him and Dillon has been on board with that. 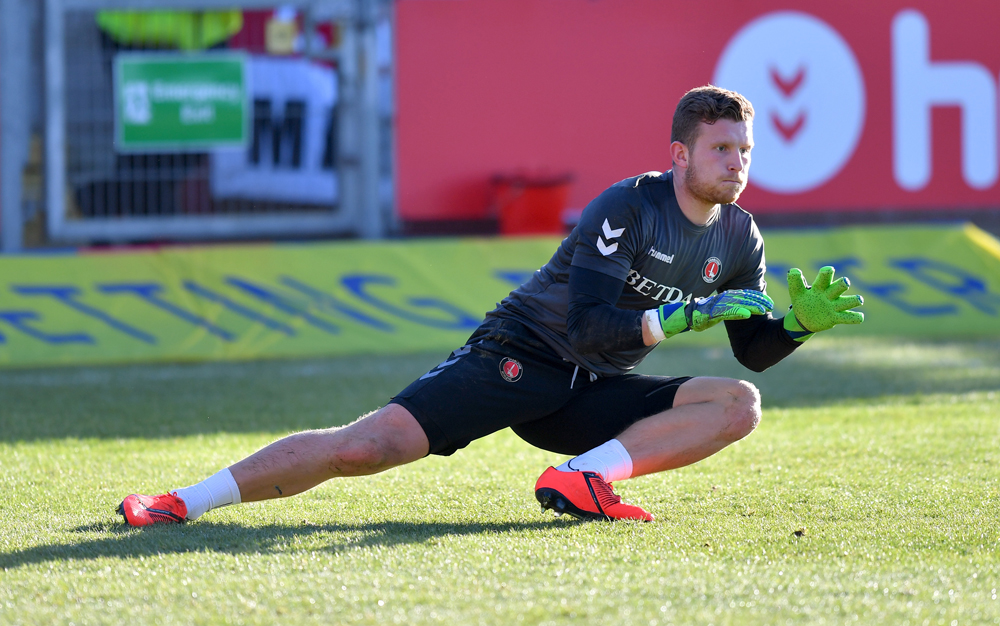 “He’s improved, that’s obvious to see. I think he’s making more saves. His distribution has got a little better. He still has to improve on that, but he is improving, that’s all you can ask of him.

“We were walking off the training pitch last week and I said to him: ‘You’ve done well since you came back in – that’s all you have to do. If you keep playing well, you stay in the side’.

“There was a time when Dillon felt like he didn’t really have a chance here. He wanted to go out and play games, those were his words. The intention was that he was going to go on loan in January. But he played in the FA Cup, before we brought Chris in, and I said to him: ‘It’s your shirt to lose’.

“It’s the same with everyone – if you play well then you stay in the side. That’s football – there is no reason to drop you.

“It’s like if a striker is scoring goals then why would I sign another one? If you then have a couple of bad games where it is costing us matches or goals, then I can defend them.

“Dillon has got good competition from Chris and he’s staying in there on his own merit.

“Dillon is in a good place on a personal level. He’s just got to keep doing what he’s doing.

“Goalkeeping is the hardest job. At least midfielders or defenders can play a number of positions. But there is only one spot for goalkeepers – you have to be the best.”

Phillips has been with Charlton  since the age of nine. So has he had assurances he will play before penning fresh terms?

Phillips said: “You don’t get that [a guarantee] with football contracts. When I wasn’t playing it was on my mind [about game time], now I’m playing I feel that if I keep doing what I am – and improving – I will play.

“Every time I do play, I’m grateful. It [his contract] is another two-and-a-half years at a football club I enjoy being at.”

Phillips was unhappy at Saturday’s 1-1 draw with Southend. He said: “We’re a much better side then we’ve shown in the last two matches.”