BY RICHARD CAWLEY AT THE VALLEY

Charlton returned to the role of script-shredders on Saturday afternoon. And in terms of toppling Championship giants, they don’t come much bigger than Leeds United.

If you had listened to the bookies, then it wasn’t worth the Addicks turning up. 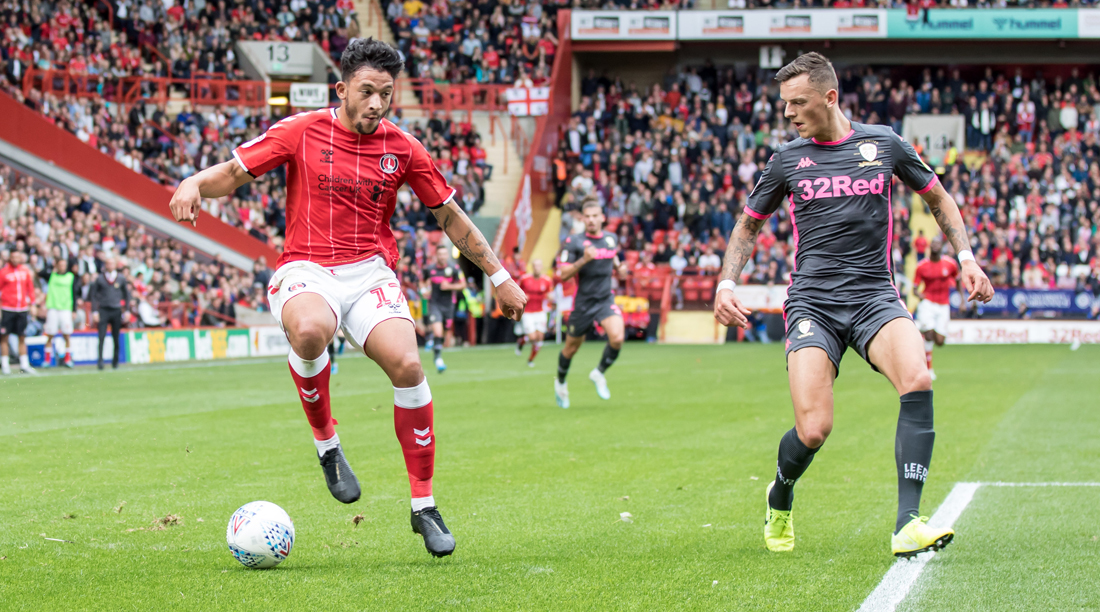 Leeds United, with a 100 per cent away league record, were supposed to steamroller over Lee Bowyer’s side without breaking a sweat.

But Charlton did turn up. Boy, did they turn up. And just as you’d expect from a side that has shown plenty of spirit already this season, they were fully ready for a scrap. 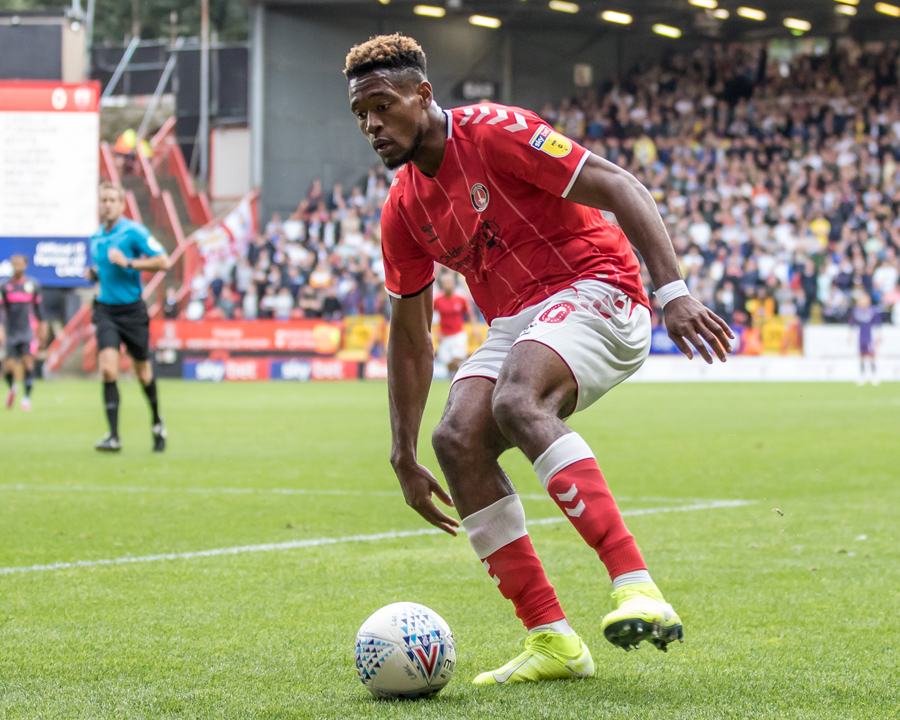 Because even with the injury absences of Lyle Taylor and Tomer Hemed, you can never afford to write this Charlton team off.

They are back into the Championship play-off zone ahead of tomorrow’s home game against second-placed Swansea City and level on points with Leeds.

It might not last, but what a brilliant platform to try and kick on for safety – 25 points needed with 37 fixtures left to play.

“The harder you work, the luckier you get.” That is one of South African golfing great Gary Player’s most famous quotes. And it certainly applies to this Charlton Athletic side. 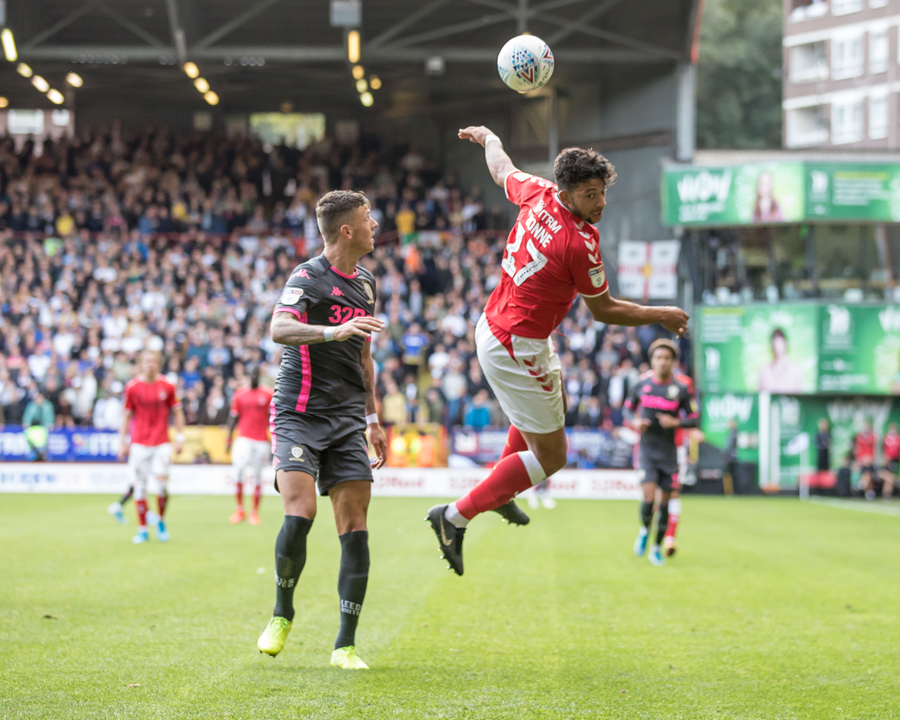 When it comes to compiling a list of Bowyer’s greatest hits as Addicks boss, then Saturday’s 1-0 win over Leeds United could very well end up being near the top in the category that glorifies grit and determination.

Charlton’s defensive steel is going to be vital in them stabilising in the Championship this season.

And the way they are riding out rocky moments in matches means that it is not just a question of lucky breaks at key moments.

In saying that, you can’t ignore the fortune that Macauley Bonne got in marking his first Championship start with his first goal for the Addicks.

If, in fact, he should be credited for it. 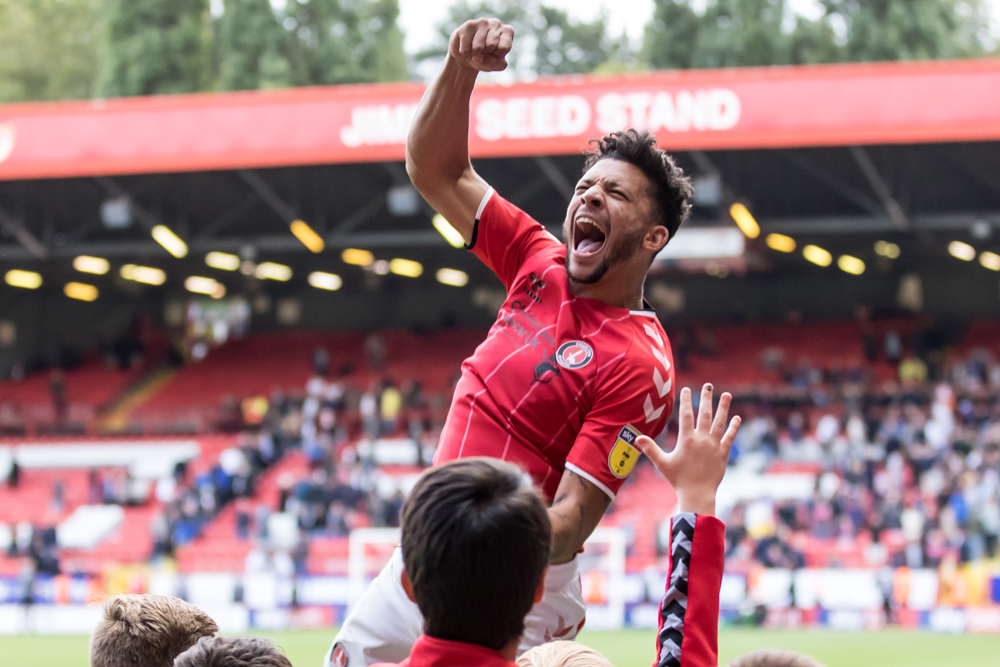 Leeds keeper Kiko Casilla’s weak handling of Tom Lockyer’s shot was punished. Initially it seemed the Spaniard had pushed the ball on to the back of the striker, who had dived across to try and get a flick. But one replay from behind the goal seemed to show it was Tom Dallas who it rebounded into the net off.

But Bonne has been awarded it and it’s not as if Dallas will be fighting to take it off him.

Leeds had the edge in every attacking category you could think of apart from the one that actually matters – scoring a goal.

Marcelo Bielsa’s post-match moan that his side could not open up opponents who packed their own penalty area was strange. 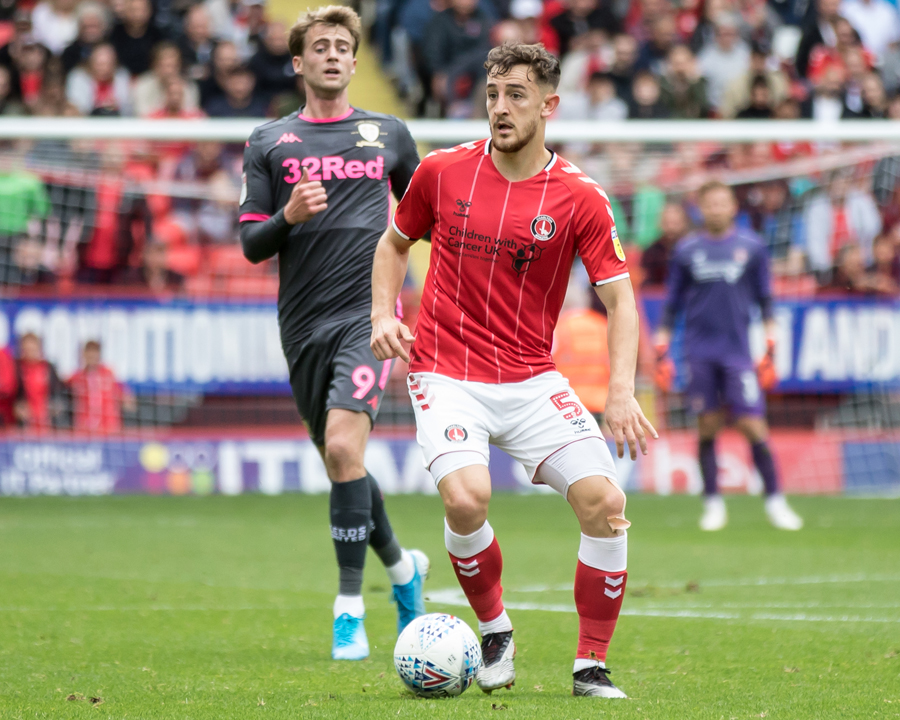 Maybe United’s head coach expected a Reds’ carpet treatment. Instead he found that every one of Lee Bowyer’s players was ready to dig in.

Dillon Phillips made one flying save to his left in the first half to keep out Ben White’s header, but at other times his defence proved adequate protection coupled with errant striking of the ball by a Leeds side who gradually got more and more frustrated.

Special mention has to go to substitute Sam Field for a glorious block on Adam Forshaw right near the end. It would have felt like a loss if it had gone on, being so close to the final whistle. 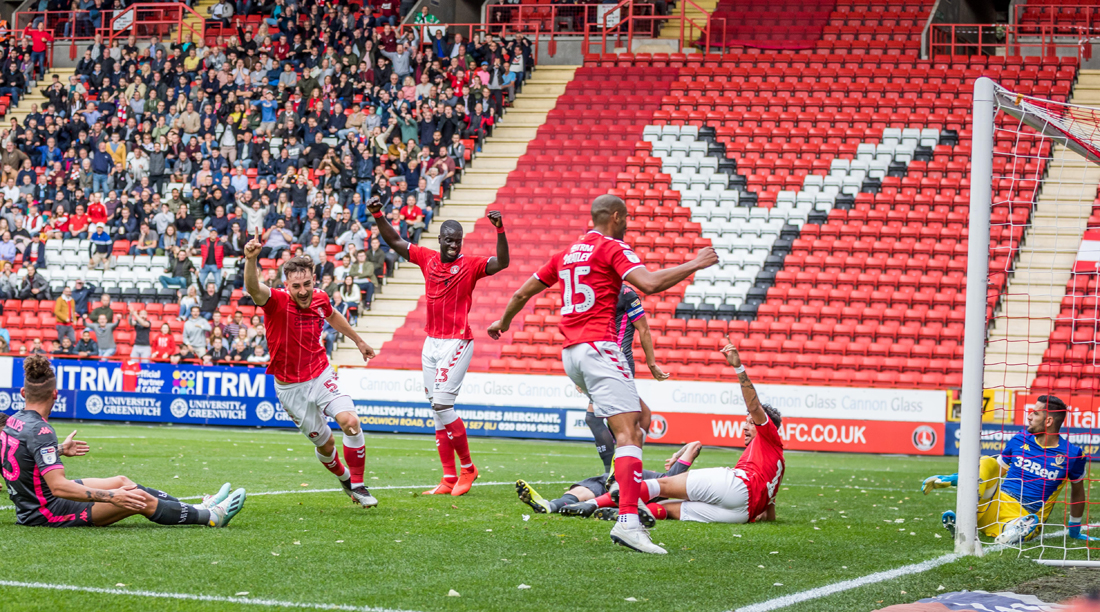 Naby Sarr and Darren Pratley both got key touches on crosses in each half which saw the ball very nearly loop in for own goals – while Eddie Nketiah’s miscued shot also just about evaded Helder Costa.

Patrick Bamford hauled himself out of the pockets of Sarr and Lockyer just long enough to produce a petulant kick on Conor Gallagher which should have led to more than a booking.

Kalvin Phillips endured a poor performance with a number of his passes running astray – Charlton not allowing the screening midfielder any time to dictate the play. 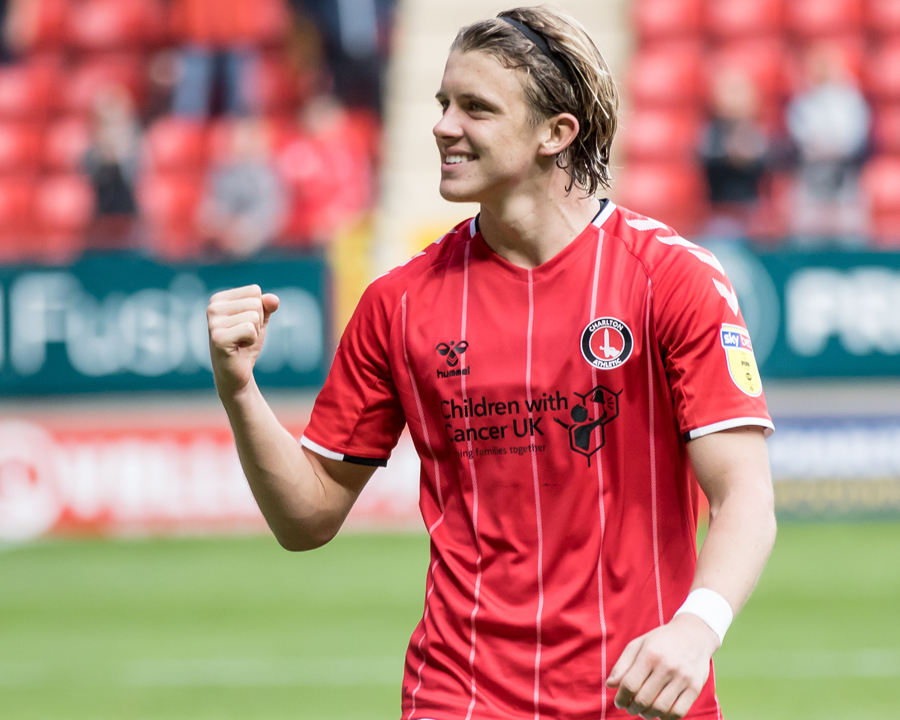 Jonny Williams, tasked with closing down Phillips when Leeds were in possession, dispossessed the visitors three times and had the same amount of ball recoveries. It just underlines again how every single player cannot be a passenger when it comes to off the ball work.

The talk has been that Bonne is not fully ready for the Championship – something the forward says himself – but he certainly contributed at the weekend. It has to be said that Hemed has underwhelmed up to this point, but that could also be due to a dearth of football before that at Brighton.

Bonne did well to win the corner that led to Charlton’s goal. Released down the right by Williams there was a distinct lack of numbers in the box and he made the right choice in playing the ball off White. 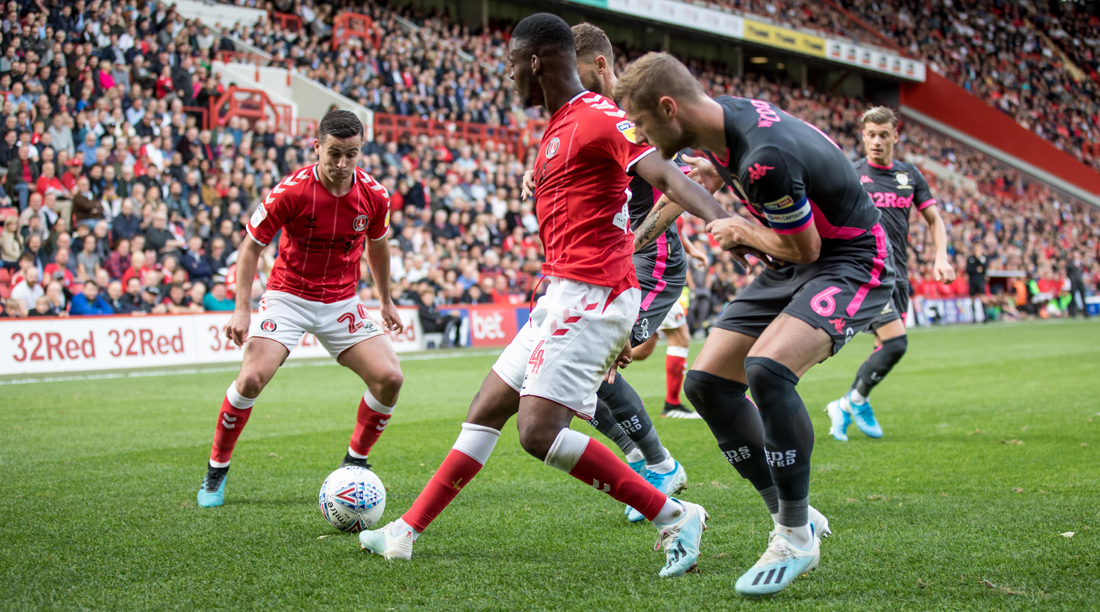 Jonathan Leko can blow hot and cold, but was definitely more towards the former category.

Charlton switched to a 3-5-2 formation after the early exchanges and they did not give Leeds the space to get in behind them or play between the lines.

It meant that United were forcing their chances. Of their 19 goal attempts, nine were off target and six were blocked.

Charlton have won pretty this season but they have also done it the hard way, and there was plenty that was pleasing on the eye as they upset opposition who have spent fortunes in comparison.

The Addicks could have done with a week-long break after the exertions of a bruising and sapping encounter.

Unfortunately, instead the challenges keep on coming. Not only do they need to go again tomorrow against the in-form Swans, but then it is Fulham at Craven Cottage on Saturday.