Charlton ended their two-match losing streak in style as they upset Championship big-hitters Leeds United at The Valley.

The Addicks made light of shortages in their forward line as Macauley Bonne – promoted to the starting line up – scored his first goal since his summer move from Leyton Orient.

The three points moved Charlton level on points with Leeds – 17 – and up to sixth in the Championship standings.

Charlton’s cause was not helped in the build-up by the absence of another of their senior strikers, Tomer Hemed.

Already shorn of the quality service of top scorer Lyle Taylor, the experienced former Brighton frontman was also ruled out due to injury.

It saw Bowyer hand a first league start to Bonne. The Addicks boss had been torn about letting the striker go out on loan as he wanted to make sure he was not left short in the frontline if injuries hit that department but also knew his minutes looked limited.

And it was Bonne who was eventually awarded Charlton’s goal in the first half – the PA announcer initially crediting it to Tom Lockyer. 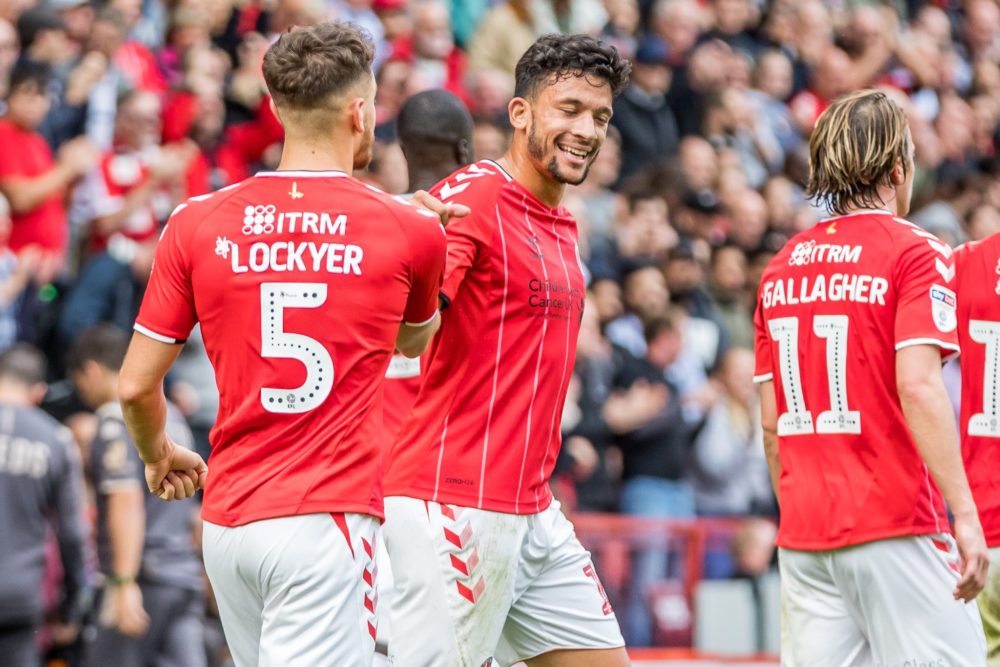 Bonne had done well to win the corner which led to the hosts going in front. He had no options as he broke down the right of the pitch but played the ball off Leeds centre-back Ben White. When the corner came in it was Lockyer who got the initial connection, but the number 17 got the final touch.

It was the first time that Leeds had conceded in the first half of a Championship game this season.

It was the only chance for Charlton but they defended in the manner that had seen them start the season so well.

Dillon Phillips made an excellent save down to his left to deny Leeds’ captain Liam Cooper from close-range but the rest of the visitors’ work was a story of off target efforts and blocks by Addicks players.

A perfect example came on 24 minutes when Patrick Bamford rolled Naby Sarr but Darren Pratley was there to provide extra cover. And moments later it was Leko getting a pat on the back from Phillips as he got a crucial foot to an Ezgjan Alioski strike which looked to at least be heading on target.

There were some scares for Charlton in the second period – not least when Darren Pratley’s block on a dangerous Stuart Dallas cross squirted uncomfortably close to creeping in at the back post.

And there was also a superb late block by substitute Sam Field to deny Adam Forshaw deep into second-half stoppage time.

Leeds will feel they had enough chances to have least got something out of the contest – Eddie Nketiah also miscuing across the face of goal while White’s flick on a Kalvin Phillips cross dropped just past the right upright.

But Charlton were never found wanting in terms of their defensive duties. Fortune favours the brave, and there was plenty of courage on show from Lee Bowyer’s side as he enjoyed that winning feeling against his old club.