We thought the Championship was going to be a major challenge for Charlton Athletic – maybe not if they continue to finish with such ruthless efficiency.

The Addicks made the most of their opportunities when they won up at Blackburn Rovers on the opening day. And Saturday’s homecoming to SE7, their first game at The Valley since winning promotion, saw them continue with a clinical touch.

It is the first time since the 1999-2000 season that the Addicks have won their opening two matches at this level. Back at the turn of the millennium, Alan Curbishley’s team went on to win the title and seal an instant return to the Premier League. 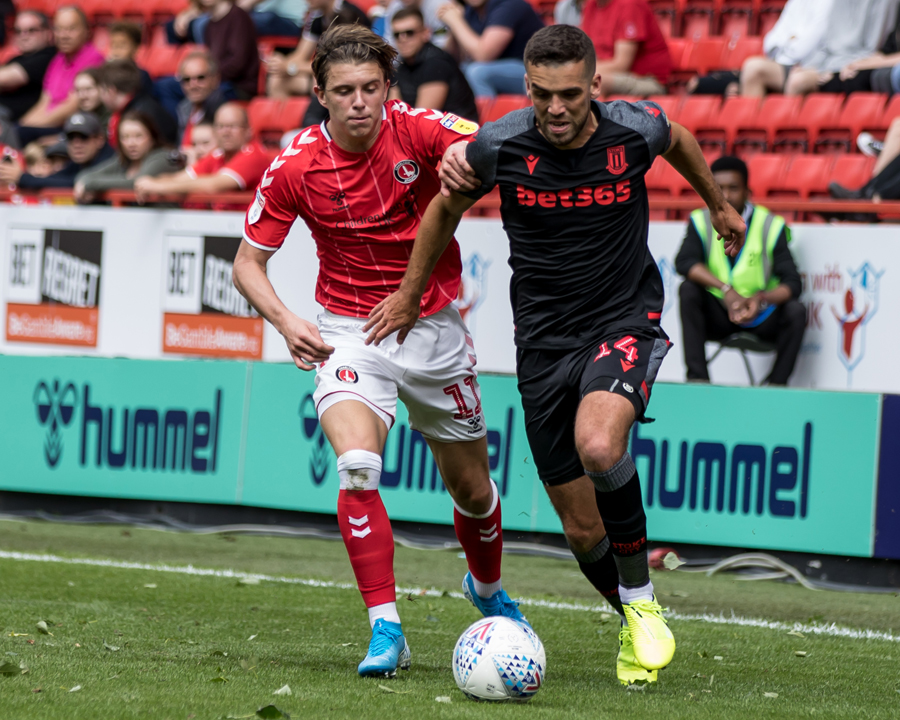 There are no such lofty goals for the current crop of Charlton players. Survival will be a brilliant achievement when you consider that Lee Bowyer has had to budget shop in the summer transfer window. The early signs are promising for the SE7 outfit.

Admittedly Blackburn and Stoke City are not two of the division’s big-hitters, but maximum points from their first two assignments will provide extra belief that the Addicks are capable of holding their own at this level.

It’s too soon to make cast-iron judgements on the signings which Bowyer and recruitment chief Steve Gallen brought in before Thursday’s deadline but there was plenty to like about the new additions at the weekend. 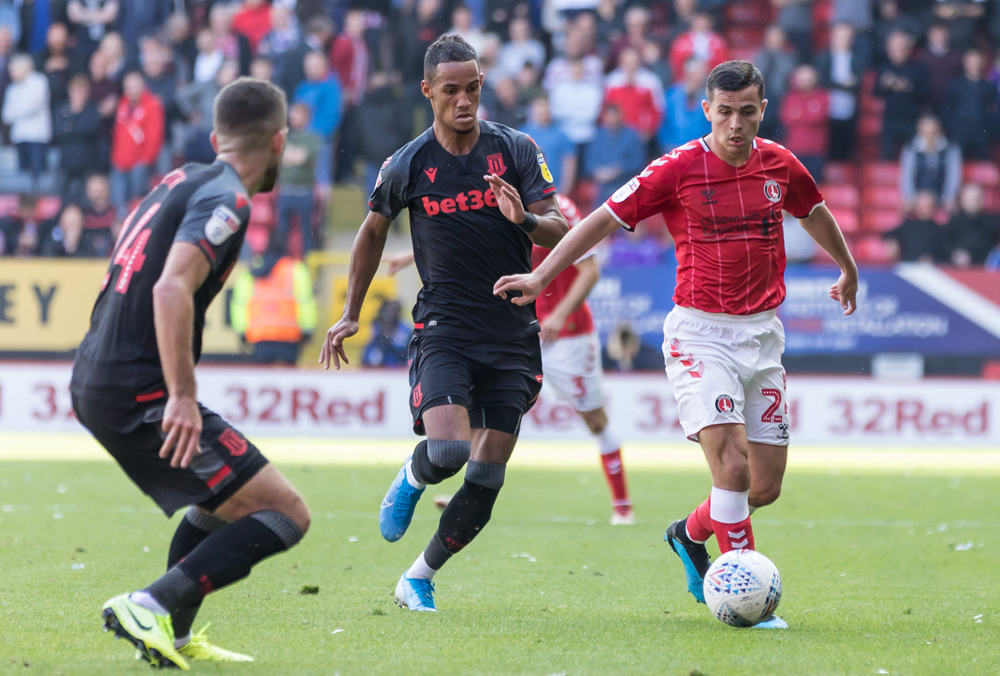 Josh Cullen slipped back into the Charlton midfield like he had never been away. He was excellent in his first game back after West Ham United gave the green light he could head out on loan again.

And I was hugely impressed with Conor Gallagher. Just 19, the Chelsea teenager showed quality on the ball as well as graft off of it – capping off a fine display by notching his first senior goal. 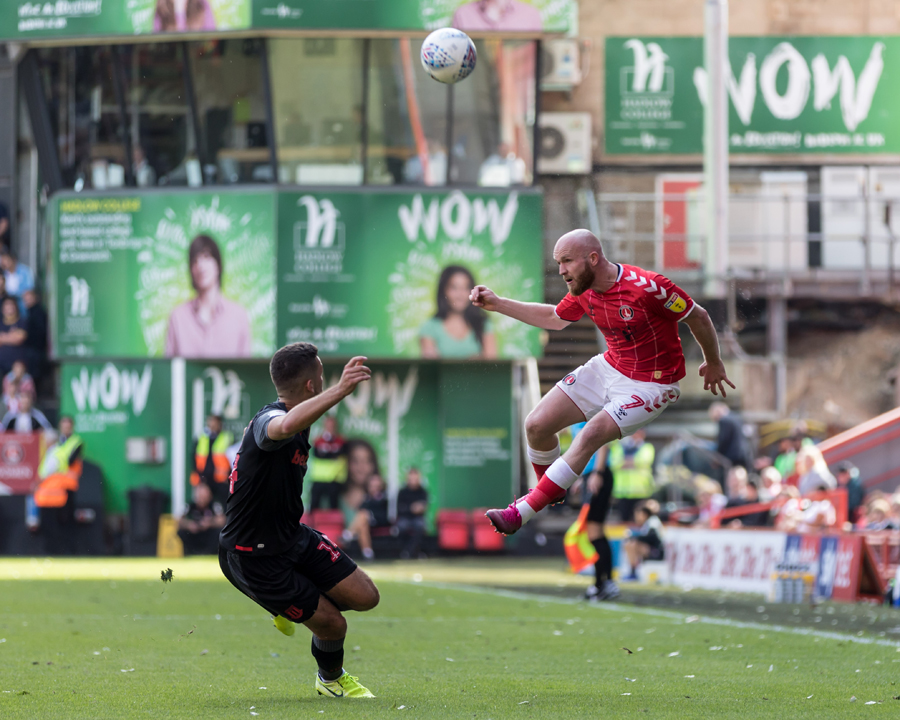 Jonathan Leko, in an attacking wide right role, was both positive and unpredictable. The question will be if there is enough end product – although it was his chipped pass which was finished off by Lyle Taylor to make it 1-0. 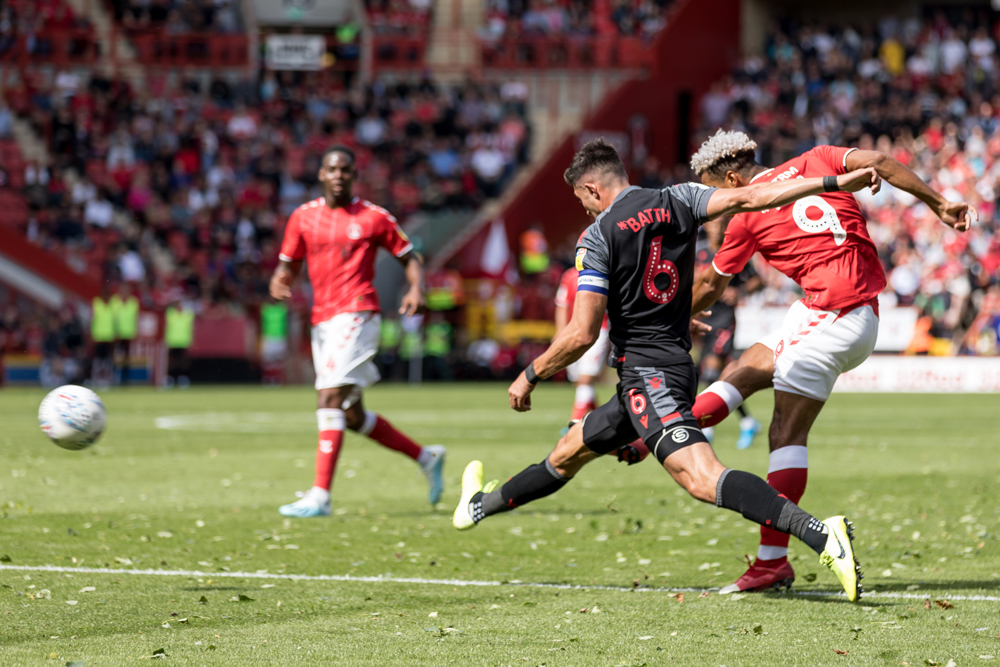 I would love to know what Taylor and Lee Gregory were talking about  just before the match kicked off – the brief discussion ending with a pat on the back for the latter.

Gregory ran his Millwall deal down to leave for nothing. Taylor might very well opt to do the same.
While Charlton are owned by Roland Duchatelet they will not put terms on the table which match what Taylor will get elsewhere. The fans’ favourite is here until at least January, and he can do a whole lot of good to the Addicks’ cause in that period.

Taylor produced a goal and an assist without being at his best at the weekend. Jack Butland should have saved his 25th-minute strike – the ball bamboozling him despite looking a fairly easy take. Not that Taylor, who has 27 goals in 47 outings for Charlton, will care one bit.

It was a frustrating return to South London for Gregory. He hit the post in the first half – Scott Hogan also driving an effort off the bar – and failed to convert a huge opportunity in the 49th minute.

Gregory initially did well to find Sam Clucas in the box but then lashed over when teed up around eight yards out on his weaker left foot. At least hitting the target seemed the minimum requirement and it would have put the visitors 2-1 ahead.

Gallagher showed his awareness as he released Taylor just before the hour mark – but Butland managed to beat Leko to the ball when he initially appeared second favourite to get there. 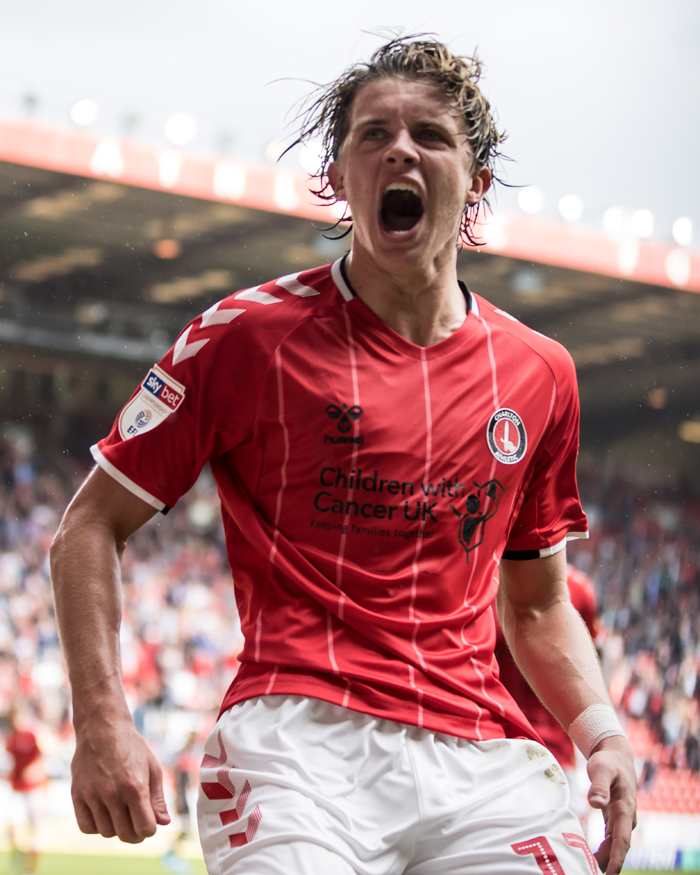 The Stoke number one was picking the ball out of his net again in the 75th minute. Cullen opted for power with his cross and his hopes for a lucky deflection were realised, the ball coming off Jonny Williams for substitute Chuks Aneke to slot home.

Charlton had the points in the bag soon after from a rehearsed corner routine. Taylor produced a deft flick on Cullen’s corner and Gallagher provided the finishing touch. 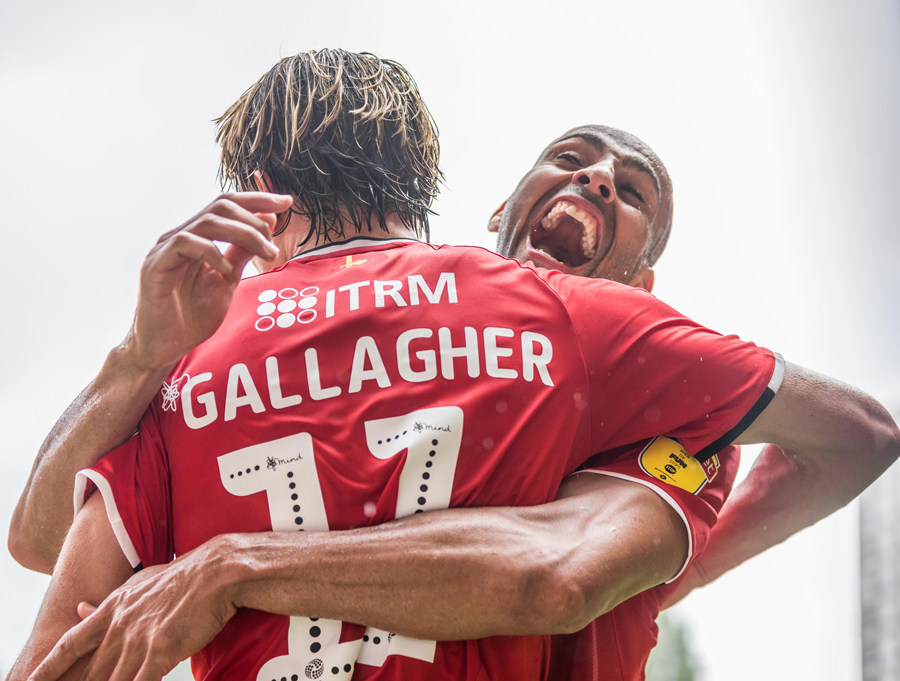 If you take out the League One play-off semi-final second leg tie against Doncaster then the Addicks are unbeaten in 18 league matches at The Valley. Only Manchester City (2.84) and Liverpool (2.42) have averaged more points than Charlton (2.22) in 2019. Fine work.