Beram Kayal will not make his Charlton debut in tonight’s EFL Cup tie – as the on-loan Brighton man has a slight groin injury.

The 31-year-old Israeli midfielder signed for the Addicks before last Thursday’s transfer deadline.
Kayal was in the stands on Saturday to watch his new side beat Stoke City 3-1 and maintain their 100 per cent start in the Championship.

“When we signed him Brighton were saying it was nothing serious,” said Charlton manager Lee Bowyer. “He had been okay all pre-season and he came on against Valencia in their last friendly game for the final 15 minutes and just felt his groin.

“They were saying that the different training regime they were doing could maybe have had an effect on it as well.

“Brighton said he will be okay and there is nothing to worry about. He gives us experience of playing in this division and calmness in possession – he can play football. 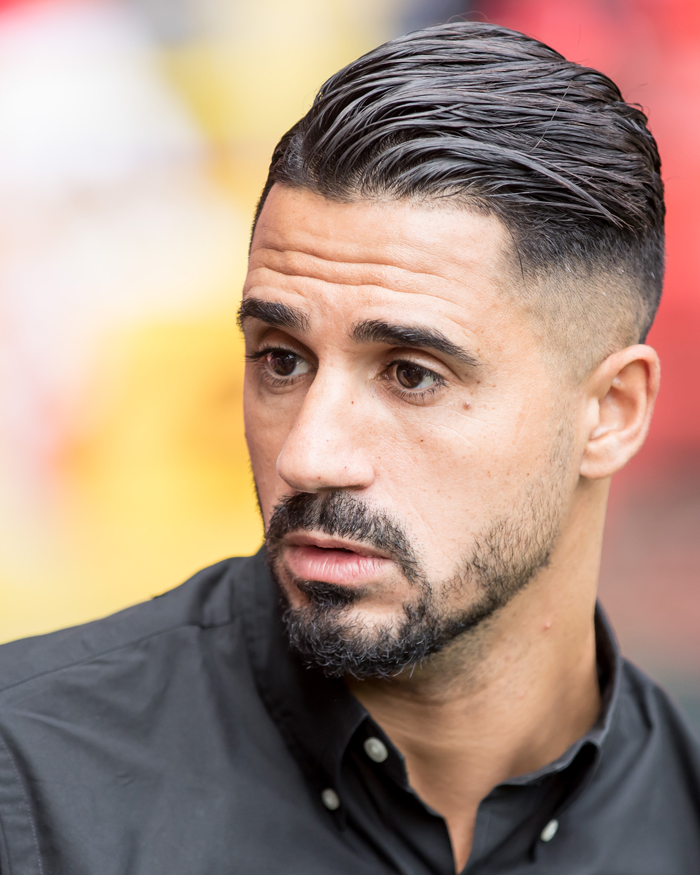 “He can add goals as well. I don’t think it has been a big part of his game because of the way Brighton play. He is a good all-rounder. His passing is very good and his work-rate is very good. When he plays I’m going to be encouraging him to get forward.

“His experience is priceless. We have seen that with [Darren] Pratley and what he is bringing to us at the moment. That experience is really big because we have got Sam Field, Josh Cullen, Connor Gallagher and George Lapslie – all young lads. To be playing and training alongside Kayal alone is going to give them good knowledge of the game as well.”

Bowyer is set to run the rule of Tyrone Mears this week. The right-back, 36, played with the Addicks chief at West Ham United.

“We will just look at him fitness-wise,” said the Addicks chief. “He is a fit lad anyway and still quick – he was rapid when I played with him.”

Bowyer has revealed that they wanted to use funds raised from Anfernee Dijksteel’s £2million move to Middlesbrough to land Peterborough striker Ivan Toney.

Posh owner Darragh MacAnthony claimed last week that he had rejected offers from the Addicks for the 23-year-old forward, who scored 23 goals in League One last season.

“The Anfernee money was going to go on Toney,” Bowyer said. “But that didn’t come off.

“We were always trying to keep Lyle [Taylor]. The plan was to play Toney alongside Lyle. That’s why we sold Anfernee [to spend the money in other areas of the pitch].”

Barnsley and another unnamed Championship side also reportedly failed to land the former Newcastle United youngster.

MacAnthony said: “There will be slight disappointment as it’s Championship football but he is a great character, so I expect him to kick on with his business on the pitch.

“One of best professionals we have had at the club is big Ivan.”

Charlton had been keen on Bristol City striker Matty Taylor – but wanted it to be a permanent move as they had no loan slots still available.

By the time City changed their stance it was too late to do a deal.

Taylor is expected to join Oxford on loan and watched their 1-0 win over Peterborough on Saturday.