Blackheath’s 22-17 win over the Rams was not the prettiest of matches and both sides will look back and rue the missed opportunities that could have put a different complexion on the game.

Despite all the wayward passes and spillages, the Berkshire-based outfit’s first-ever league meeting with Club produced an absorbing contest that could have gone either way until the home side sealed it late on.

Blackheath led the way on the scoreboard throughout.  Mark Cooke found a useful kick to touch on three minutes, and as Tom Burns took Harry Fry’s throw at the back of the lineout, and Tom Stradwick was held just short, Jack Daly sniped around the blind-side for the first score. 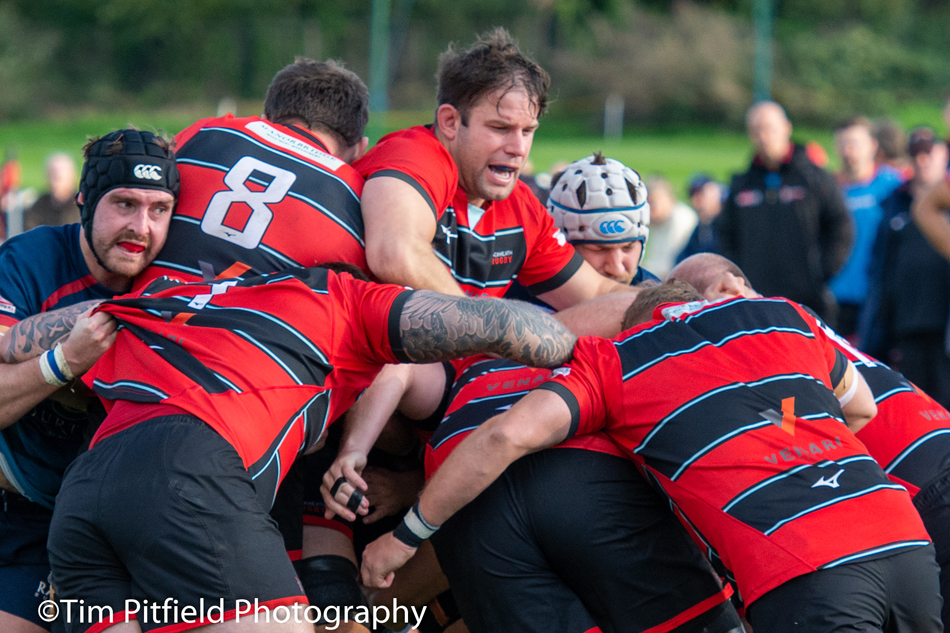 Rams used their early scrum dominance to good effect at the end of the first quarter, opting for the set-piece underneath the uprights instead of an easy three points and winning a penalty try to level.

The visitors kept up the pressure, but their control let them down, and as Blackheath broke from defence, and Cooke and Burns made some hard yards through the midfield, Craig Dowsett produced a burst of pace to stretch out beneath the posts for Club’s second try. 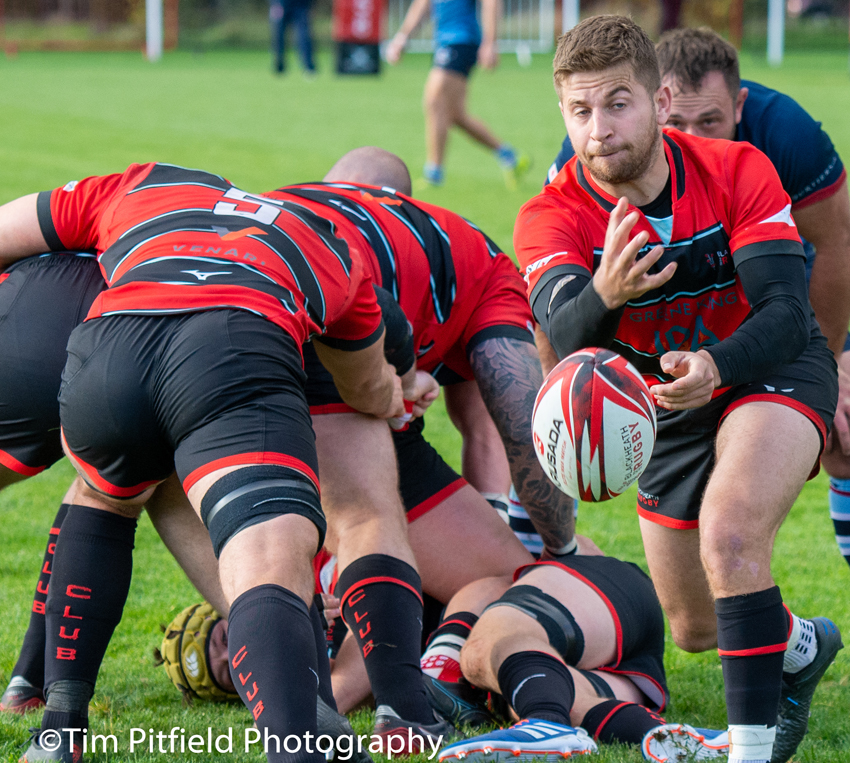 Cooke added his second conversion, but as another kickable penalty found its way to touch, Rams’ open-side Tom Vooght took the long throw, and tight-head James Baker broke from the maul for the try which, with fly-half Louis Ellis’ successful kick, left the score tied at 14-14 at the break. 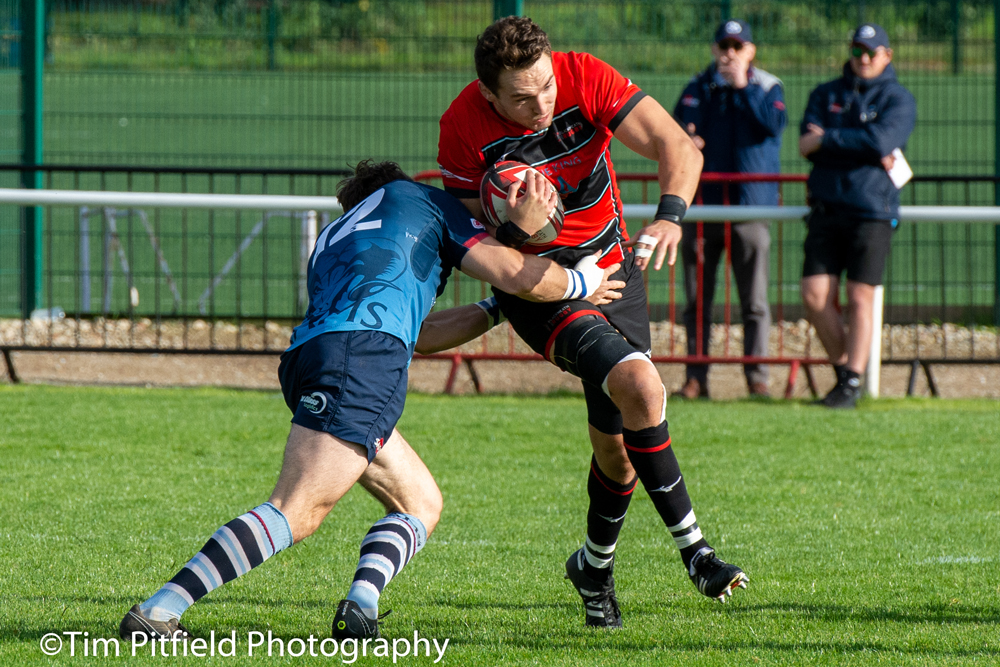 The introduction of Danny Herriott had already evened up the contest at the scrum, and with the bench fully emptied Blackheath had more energy. Cooke nudged them ahead once more on 45 minutes with three points as Rams stood up at the put-in. 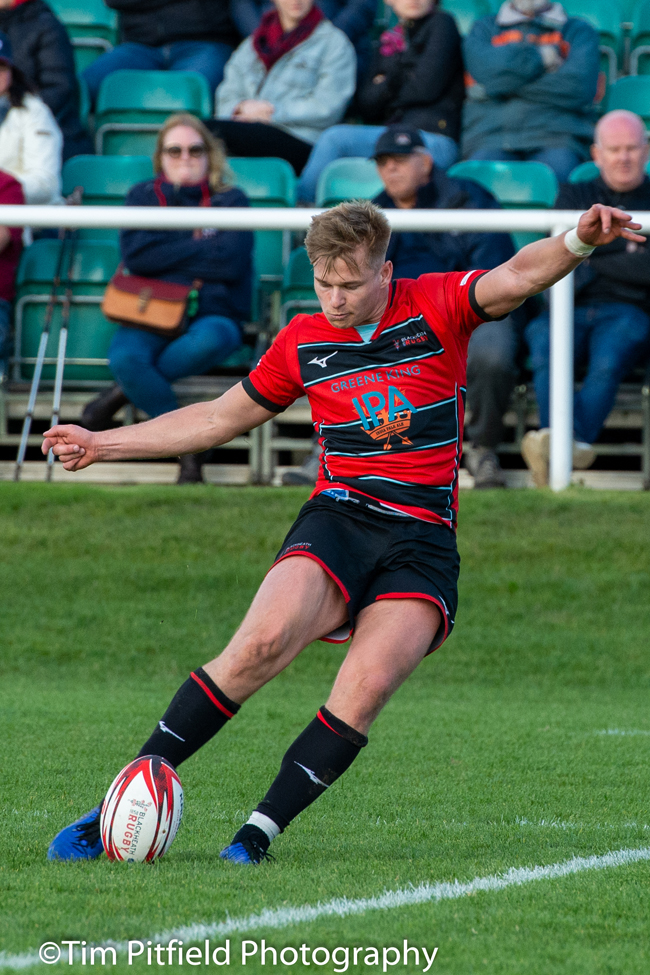 The visitors’ attacks often fell apart as they infringed at the breakdown, and one thumping tackle from Mike Perks stopped them dead. 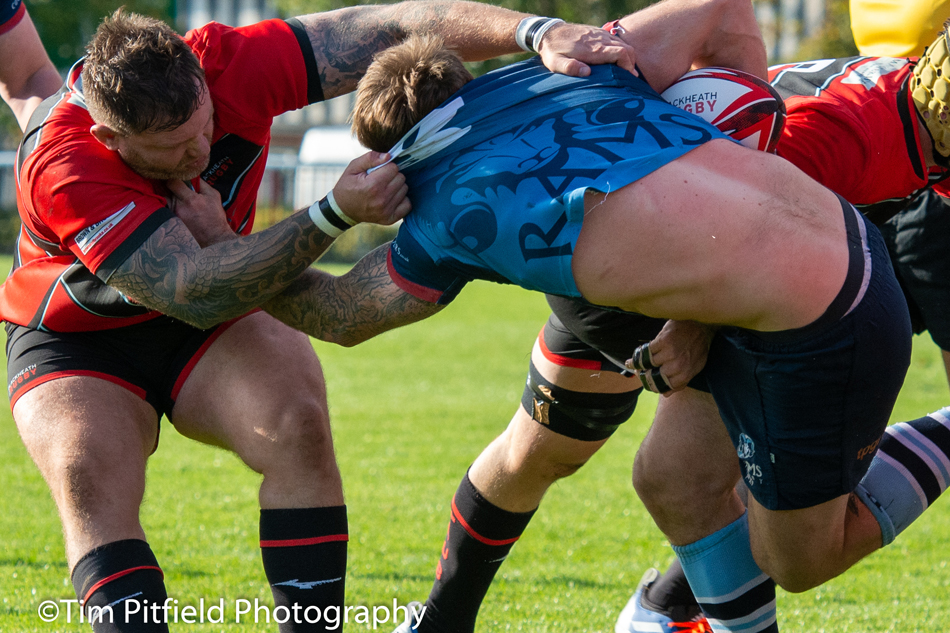 It was in the 75th minute that the game was finally decided.  As lineout ball was taken by a returning Tom Baldwin, and spun across field, great support play from Jake Lloyd and Dowsett combined to send Daly across for the scrum-half’s second try. Ellis’ late strike secured Rams a losing bonus point.
Blackheath head to Plymouth Albion tomorrow.