Charlton knew they would be Championship underdogs this season – but tomorrow’s visit of Leeds United is the biggest example of that.

The Addicks have only lost twice at home in the league since October 6 2018 – that’s including in the League One play-offs – and yet earlier this week they were 6/1 with the bookies to inflict a first defeat on Marcelo Bielsa’s table-toppers.

In some respects you can see why. Leeds are number one in the Championship stats in so many key areas. Not only do they average 19 chances per match and the most average shots on target (5.4), they have also conceded the fewest goals.

And Charlton are without Lyle Taylor, who has supplied goals and assists by the bucketload.

Two games played without their top scorer – no points banked and no goals. Now about to face a defence who have conceded just four times in eight matches.

Next up after that is second-placed Swansea in SE7 on Wednesday before a lunchtime kick off at Fulham next Saturday.

“People from outside have written us off already,” said former Leeds defender Jason Pearce. “But these are the games we got promoted for – you want matches like this.

“We’ve got nothing to lose against these three teams. We just need to go out and do our best, hopefully we will pick up a couple of results. 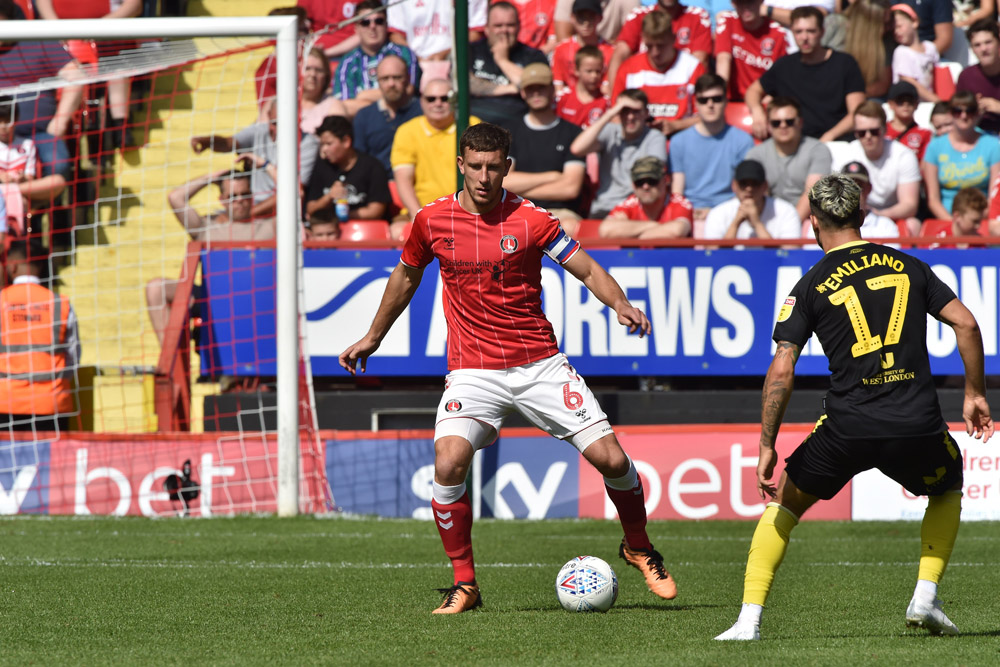 “They are top teams and spent big money – the budgets are at the opposite end of the scale to us. But that sometimes doesn’t matter. We’ve got a good bond – we enjoy playing with each other and enjoy playing for the manager.

“Lee Bowyer expects 100 per cent every game, a certain work ethic – and when we do give him that we’ve got results a lot of the time.”

Pearce watches the Championship football shown on TV – and Leeds, because of their huge fanbase, are regulars.

“You can do all the homework you want but it comes down to 11 v 11 on the day – whoever is better on the day will win,” he said. “I’ll just have a battle with whoever I’m up against. I enjoy that.”

Patrick Bamford has four goals this season but has also averaged six misses per match – the highest in the league.

Arsenal loanee Eddie Nketiah is pushing for a starting spot after four goals in all competitions. Two of those have come in just 89 Championship minutes.

“They have got a way of playing and it is very good at the moment,” said Pearce. “They have got such strength in depth at Leeds. Bamford is a top player, especially at this level. He is goalscorer, he has proven that. If Nketiah plays he is a young lad trying to prove himself in the game and he’s a huge talent.

“Helder Costa isn’t even getting in the team at the moment – a top, top class player. Even in the Premier League he did well.

“They have got quality all over. We’ll have to be at the top of our game to get anything out of it.”

Charlton had been switched on defensively in the opening weeks of the campaign. That included a resilient rearguard action to get over the line against Brentford at the end of August.

“Defence starts from the front – and that’s the attack,” said Pearce. “We need every single player to do their job.

“Because people have written us off before the start of the season we can just enjoy our football. It has been a good start, most Charlton fans would take the start we had. As players we want to keep improving on that.”

Pearce was an unused sub in Saturday’s 2-0 defeat at former club Wigan Athletic – Bowyer not wanting to risk the combative centre-back, who had not trained due to a tight groin.

But it seems certain he will face another of his old employers tomorrow. Neil Warnock made Pearce his first signing as Leeds United boss in May 2012.

“Portsmouth were in financial difficulty but I wanted to stay there,” said Pearce. “I’d come through the ranks there. But they said they needed to sell me and Joel Ward [to Crystal Palace] to keep the club going, which we had to do.

“Leeds and Burnley came in for me at the time – I had contracts on the table from both. Eddie Howe was the manager at Burnley, so I had the chance to go back and play with him [previously working together at Bournemouth].

“I chose Leeds because it is a huge club with a huge history. I thought they had a good chance of going up.

“It didn’t happen. I had a good time there but towards the end it went a little bit sour for me. I was the captain and Massimo Cellino came in as the owner and wanted to change things around. 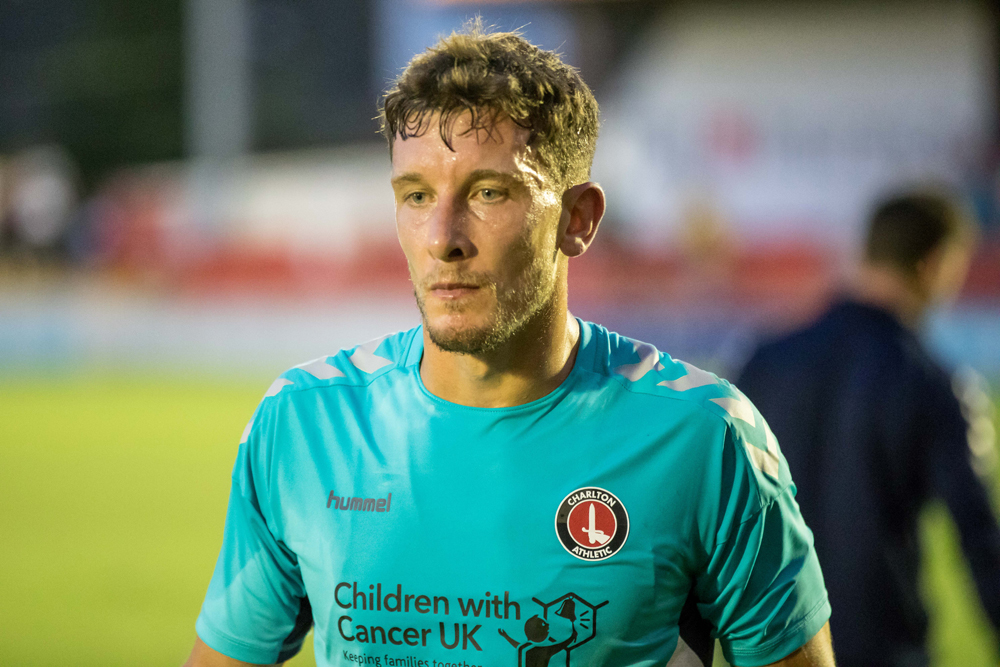 “He tried to push me out of the club. At my age I didn’t want to just sit in the reserves, rot away and take my money – I’m not like that. I’ve always just wanted to play football.

“We brought in probably five or six Italian players straight away. That’s fair enough, he had his own way. I wasn’t interested in being part of the politics and being pushed out of the side.

“I could have held out there and things might have changed but I made the decision for footballing reasons. I stand by that.

“I’ve played against Leeds once since, while I was at Wigan. I don’t think I left on bad terms with the fans. The way I play is to always give 100 per cent and I expect they appreciated that.

“It’s not about the reception, more important is getting the three points.”

Pearce won the League One title with Wigan in 2016 but once again faced the prospect of being back up. He made the call to join Charlton

“Football is a game of opinions. The Wigan one might have been a little bit down to politics as well – they brought in another left-sided centre-half. I don’t know if they were trying to push me out.

“Wigan was a hard one because a lot of people wanted me to stay – it was really the manager who didn’t want me to stay. I’ll take less money to go and play somewhere.”

Charlton are only three points off top spot.

Pearce said: “At the start of the season everyone was looking at the teams and our budget – those are the facts. But Bows and Jacko [Johnnie Jackson] have got us together and we have carried on from the end of last season.

“Lyle Taylor is a massive player for us – he puts the ball in the net. He’s obviously been a massive loss in the last couple of games. You’d say, at times, that it has shown.

“It would be a big loss for any team to lose their top goalscorer.

“We have to find a way now, other people have got to pop up with a few goals. We need that winning formula. But you look at Tomer Hemed, he has played a few games now – he is getting fitter and has played at the top level over here.

“Hopefully the fact that him and other lads who have come in and got fitter and sharper will bode well for the next run of fixtures.

“We still created chances in the Birmingham and Wigan games but it’s about putting the ball in the back of the net.

“If we weren’t creating chances that would be a problem – but we are.”