The British Film Institute has announced that the 33rd edition of BFI Flare: London LGBTQ+ Film Festival will open with the UK premiere of Chanya Button’s Vita & Virginia at BFI Southbank.

The BFI Flare Festival is a celebration of the LGBTQ+ community in film and is the largest of its kind in Europe taking place over 10 days between 21-31.

Vita & Virginia is the true story of the passionate relationship between literary trailblazer Virginia Woolf played by Elizabeth Debicki and the enigmatic aristocrat Vita Sackville-West, played by Gemma Arterton. 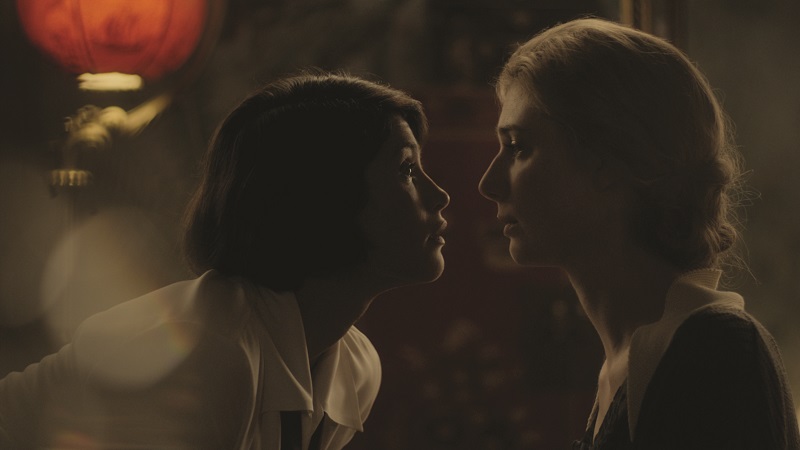 Chanya Button, director and screenwriter of Vita & Virginia, said: “I’m beyond thrilled that Vita & Virginia will be opening BFI Flare. I’m so grateful that this film that celebrates love and creativity in all its forms will have a platform at such a vivid and forward thinking festival. ”

The film tells the story of how Woolf’s famous novel, Orlando, was created which touches on themes of art and androgyny.

It is a love story told in a contemporary style about two women who broke through social barriers to find happiness in their forbidden connection.

Arterton said: “We didn’t like the phrase period drama to describe this film because the characters were so cutting edge for the time.

“They were pioneers and breaking down a lot of barriers.

“The 1920s was a time of shaking free of the Victorian era and our focus is on the people doing just that. We want the film to feel young and fresh. The casting is quite young, I hope it cuts through that stiff period drama feel that we’re used to.”

“Boasting superb performances by Gemma Arterton and Elizabeth Debicki in the title roles, Button’s refreshingly feminist period piece offers a bold and contemporary exploration of sexual fluidity, gender and literature itself, and we can’t wait to share it with BFI Flare audiences.”

Other highlights of the festival will include a UK Premiere of Jonathon Agassi Saved My Life on March 22 and on the closing night a European premiere of JT Leroy starring Kristen Stewart.

“BFI Flare goes from strength to strength, which is the result of increased investment in LGBTQ+ film-making globally, and also a reflection of support from key partners. This is particularly true of our main supporter, The Pureland Foundation who share our belief that BFI Flare has a very real positive social and cultural benefit.”