A multi-million pound regeneration scheme has been put forward which would thwart one option for extending the Bakerloo Line.

Sainsbury’s wants to use its New Cross Gate supermarket site to build 1,161 flats, up to 33 storeys high, and a new store, jointly with developers A2Dominion and Mount Anvil.

But Tube chiefs Transport for London want to use the site as their main construction depot for a planned Bakerloo Line extension from Elephant & Castle to Lewisham via Old Kent Road and New Cross Gate.

The developers have suggested another site in New Cross for the extension hub instead.

Lewisham Council has backed the Bakerloo Line extension, including the New Cross site. 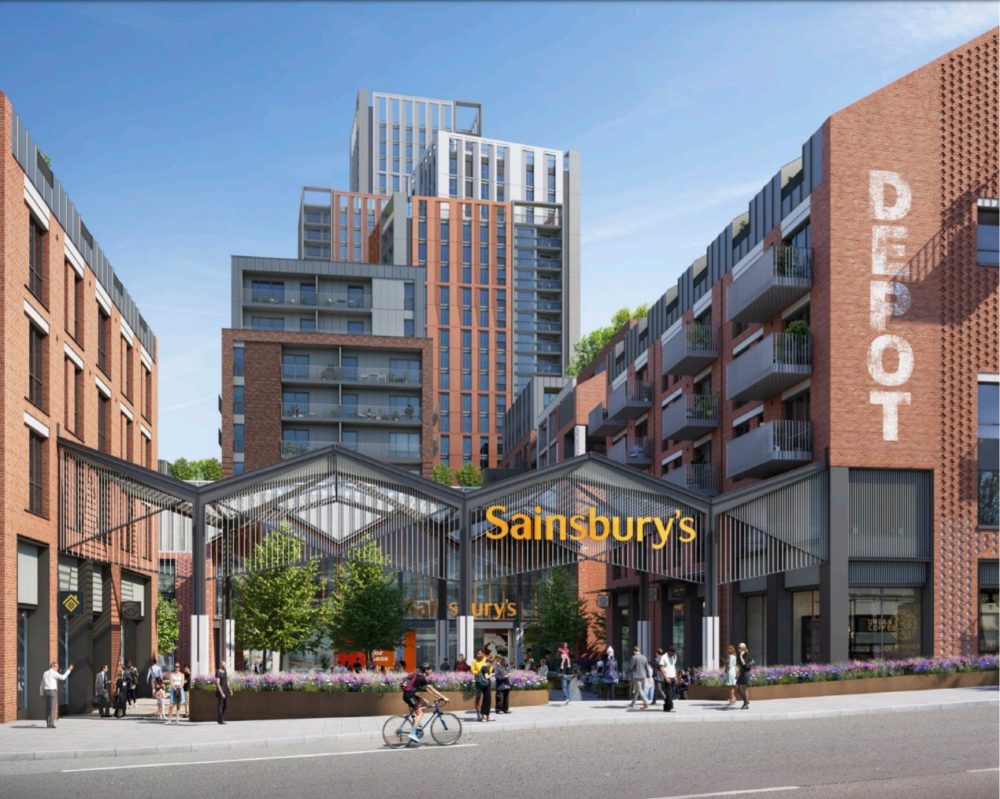 According to the planning statement: “The applicant remains of the view that there are more suitable alternative sites for the new BLE station within the New Cross Gate area – in particular, the vacant site located on Goodwood Road.

“Furthermore, the applicant has been clear within their representations to TfL, that by locating the BLE Station on the application site it would result in the permanent closure of the existing Sainsbury’s Store (an important local convenience and the main anchor within New Cross Gate District Centre), give rise to significant job losses and prevent any development coming forward on this important option for an extended period (after 2031).”

The apartment blocks would range from five to 33 storeys in an area where the average building height is two to three storeys.

But the developers have argued about the need for housing in London and said the current supermarket is not modern enough.

The report adds: “The existing Sainsbury’s store is a popular convenience facility and is viewed by Sainsbury’s as performing well.

“However, the store is now over 20 years old and no longer reflects modern retailing standards and customer expectation.

“Policy places a priority on making as much use as possible of previously developed or brownfield land and ensuring new development supports the role of town centres.

“There is also specific recognition of the opportunity to deliver new development on under-utilised and underdeveloped supermarket and car park sites,” according to the planning statement.

The developers have offered 35 per cent affordable housing in a 71/29 per cent split between affordable and shared ownership respectively.