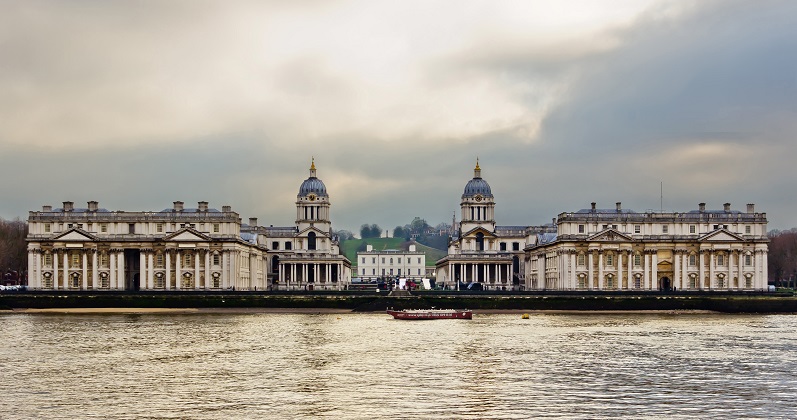 Town hall chiefs are to debate plans to rename the Old Royal Naval College. The Greenwich Foundation, which manages the historic site, has made plans to rebrand the college – which could include changing the name of the 350-year-old building.

Conservative councillor Matt Hartley, leader of the opposition in Greenwich council, has tabled a motion in opposition to the plans, which will be debated at a full council on Wednesday.

The Foundation’s underlying aim of increasing visitors is laudable, but renaming the site is the wrong decision.

“The current name accurately reflects the history of the current buildings on the site and any move away from that would be inauthentic – and risks undermining all the hard work that has gone into the Foundation’s excellent stewardship of the Old Royal Naval College over the last two decades.

“Local amenity groups led by the Greenwich Society have been working hard to oppose the proposed renaming.

“I hope that councillors from across the council chamber will support these efforts and send a clear message by voting unanimously for this motion on December 12.”

The Palace of Placentia, a building which once stood on the site of the college, was built during the reign of King Henry VI by the Thames in the 1440s.

This palace was then demolished and rebuilt as the Old Royal Naval College between 1696 and 1912, designed by legendary architect Sir Christopher Wren.

A spokeswoman for the Greenwich Foundation said: “We enjoy a positive and active working relationship with the Royal Borough of Greenwich and look forward to this continuing long into the future.

“The Greenwich Foundation’s ambition is to become an extraordinary cultural destination that is a relevant and sustainable place for local, national and international visitors for generations to come.

We passionately believe that our site sets the context for the story of Greenwich and our goal is to attract new audiences and open up new opportunities.

We are working closely with the local community, all our partners and all interested parties in the coming months and years to make this possible.

“We are currently working on a range of projects as we develop an enriched approach to interpreting the site and sharing much more of the distinct royal and naval histories of Greenwich.

As part of this work we are looking at our name and identity. We are not able to announce any new name for the site as yet and our main focus remains on the reopening of the newly conserved Painted Hall in early 2019.”