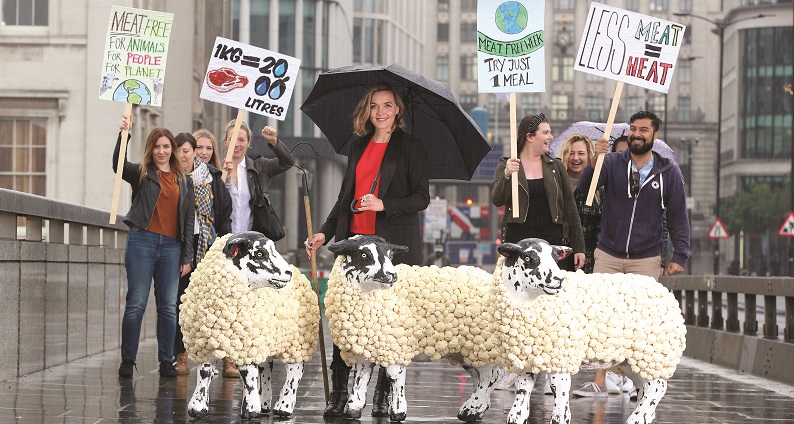 She drove Caulin, Baa-bara and Bo, along a traditional market route as part of a campaign which aims to raise awareness of World Meat Free Week.

She was joined yesterday by like-minded non-meat eaters as they exercised their ‘right’ to go meat-free in the heart of the capital.

The Freemans Great Sheep Drive, dating from the 12th century, gave farmers the right to bring livestock and tools into the City without paying tax – but her animals were made of veg.

She trained to be a jump jockey in 12 months from never having ridden a horse, while living a vegan lifestyle.