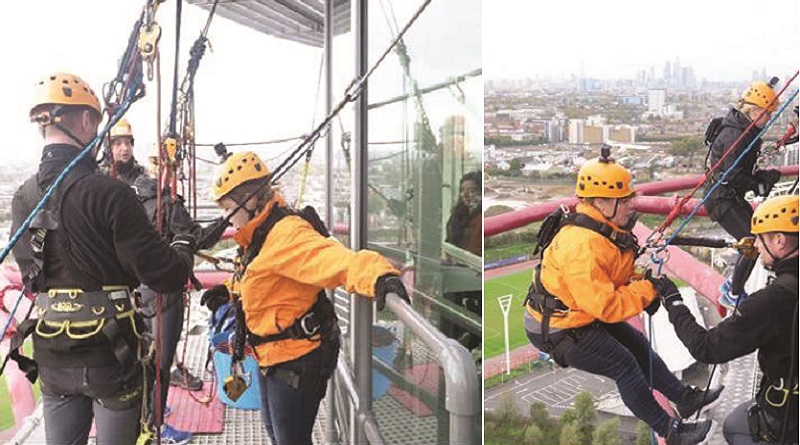 An employee of a property development firm has abseiled down the UK’s tallest sculpture for charity – despite being afraid of heights.

Ms Webber said: “I faced my fears and abseiled down the Arcelormittal Orbit, however, it is an experience I never want to go through again.

“Through the kindness and generosity of my friends, family and work colleagues at Taylor
Wimpey, I have raised more than £1,000 for charity which I am incredibly proud of.”

Designed by British architect Anish Kapoor, who has a studio in Camberwell, and engineer Cecil Balmond, the Orbit was built in 2012 ahead of the London Olympics.

The sculpture is the tallest in the UK and the largest public artwork in the country.

The charity also tries to raise understanding of homelessness among the British public.

Laurelle Kirnon, senior national community and events manager at St Mungo’s, said: “We are extremely grateful to Justine, and the whole Taylor Wimpey team, for the continued support we receive.

“Justine took on the highest freefall abseil in the UK with great strength and bravery. We would like to thank Justine, and all our abseilers, who share our vision to end homelessness and rebuild lives.”