AFC Wimbledon have urged fans to support the club’s Day of Action against discrimination this weekend against Peterborough.

Players will be wearing Kick it Out T-shirts on Saturday at Kingsmeadow in support of the campaign, with supporters encouraged to raise banners on the referee’s whistle before the game.

Footballers from the Dons’ Education and Football programme will also take part on the day, holding up banners ahead of kick-off as the players walk out.

Jess Barnes, Chair of the Disability Supporters’ Association at the club, said: “We have a zero tolerance at the club for discrimination, not just racism. 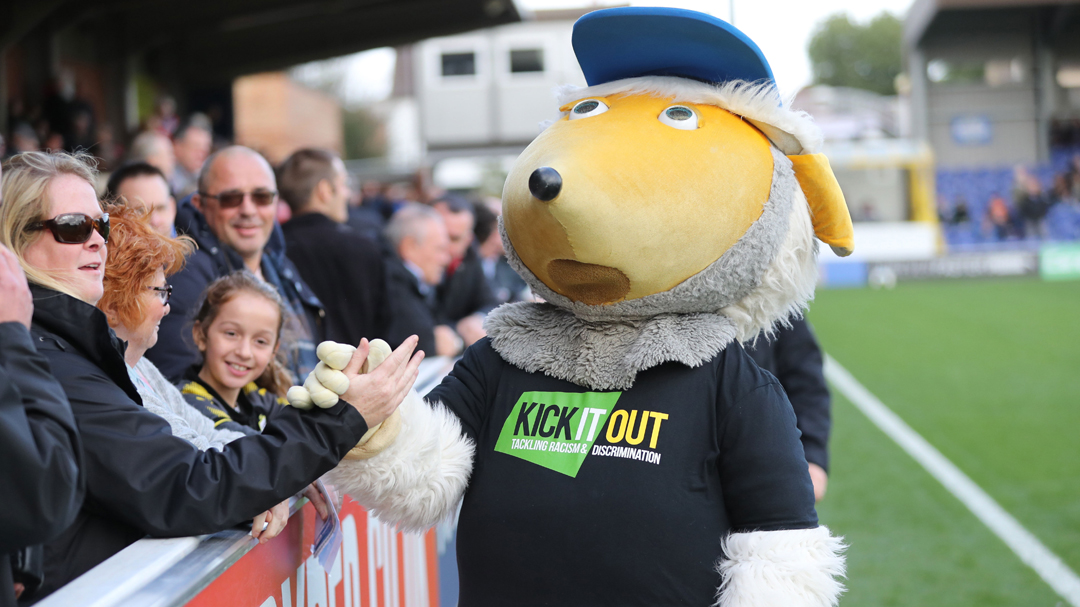 “We are involving the fans to highlight any situations of discrimination so that they can report any incidents that they come across.

“I think we can promote Kick it Out in more ways than just wearing the T-shirts by really highlighting the Day of Action.

“It’s more paramount now because racism has been featured in the media due to incidents at high-profile games right down to non league matches.”

The Day of Action comes after several other initiatives have been introduced over the last few years to improve inclusivity, including the introduction of free sanitary products in ladies’ toilets.

Jane Lonsdale, Diversity and Inclusion Lead on the Dons Trust Board, has overseen these changes and praised the efforts of those involved.

She said: “The Dons Trust has been doing quite a lot in recent years on Diversity and Inclusion.

“We’ve held Women at the Game events, where women who had never been to a match came along and we’ve got another of these events coming up.

“For the Peterborough game, we’re doing quite a lot more than we normally do.”

Paul Kalambayi and Will Nightingale both showed their support for the initiative ahead of Saturday’s match.

Club captain Nightingale said: “We are delighted that AFC Wimbledon are supporting the Kick it Out campaign this weekend.

“Do your bit to give discrimination the red card.”

As part of the campaign, posters give a contact number for immediate action to report any discrimination, with supporters able to call or text the match day control room on 0770 464 9119.