If you asked football fans for the most satisfying way to win a game, this would be it for many of them.

AFC Wimbledon soaked up a lot of pressure throughout their clash with Portsmouth, a team many tipped for the top spots before a ball was kicked this season, before a last-minute winner from defender Terell Thomas ensured they stretched their winning run to four games in all competitions.

Both sides made bright starts without forcing clearcut chances. The ever-dynamic Paul Osew broke well from midfield to breach the Pompey lines early on, but was muscled off the ball before he could get a shot away. 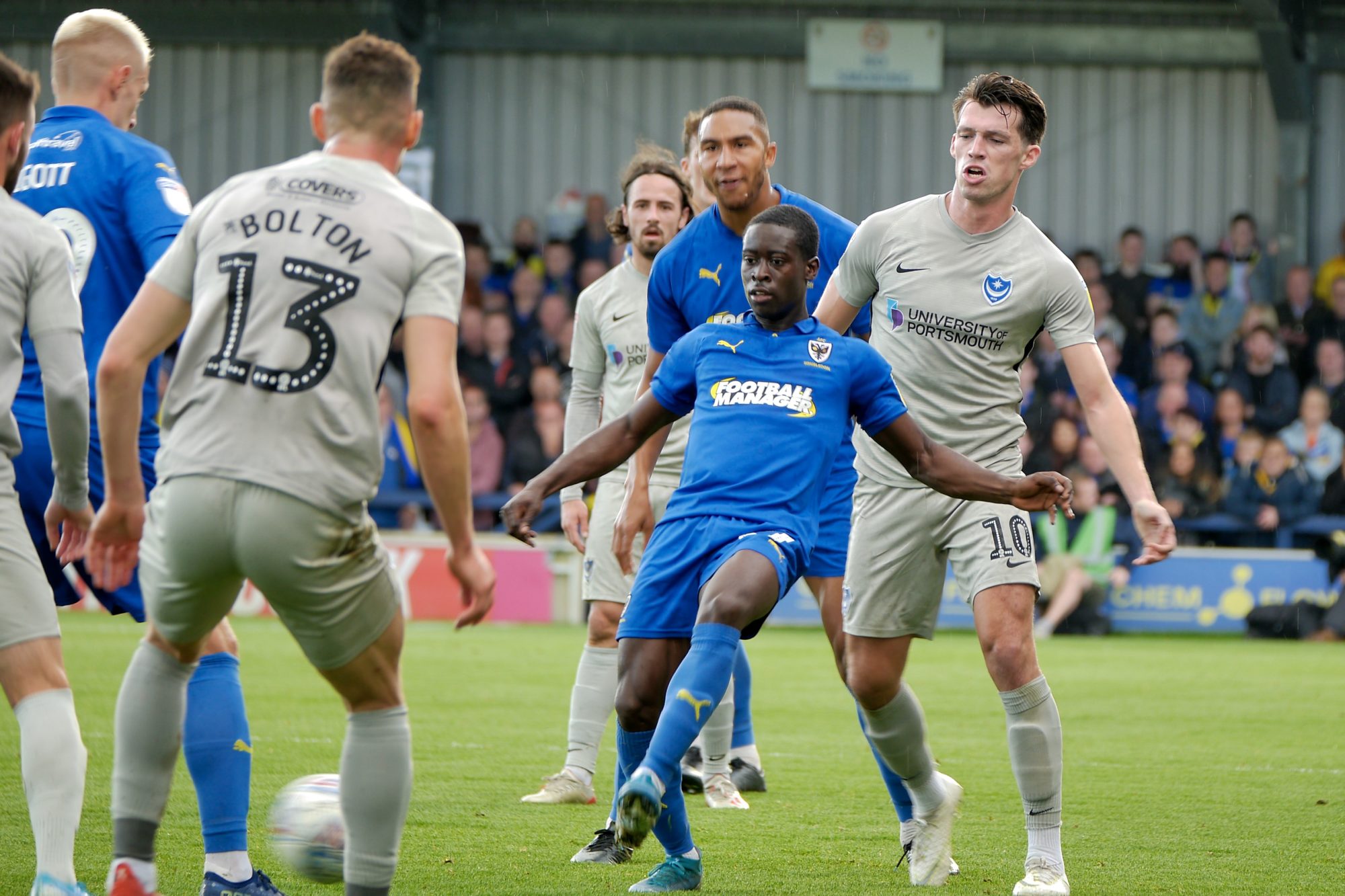 The hosts went close on 12 minutes, when Marcus Forss brought the ball down beautifully and ran at goal, leaving two Portsmouth players on their backsides in the process. He chose to take the finish on himself and was denied by a good save from Craig MacGillivray – with Joe Pigott square for what would have surely been a tap in.

With seven goals in as many starts coming into the fixture, Forss can perhaps be forgiven for backing himself.

Pompey started to dominate proceedings and were rarely troubled by their hosts. 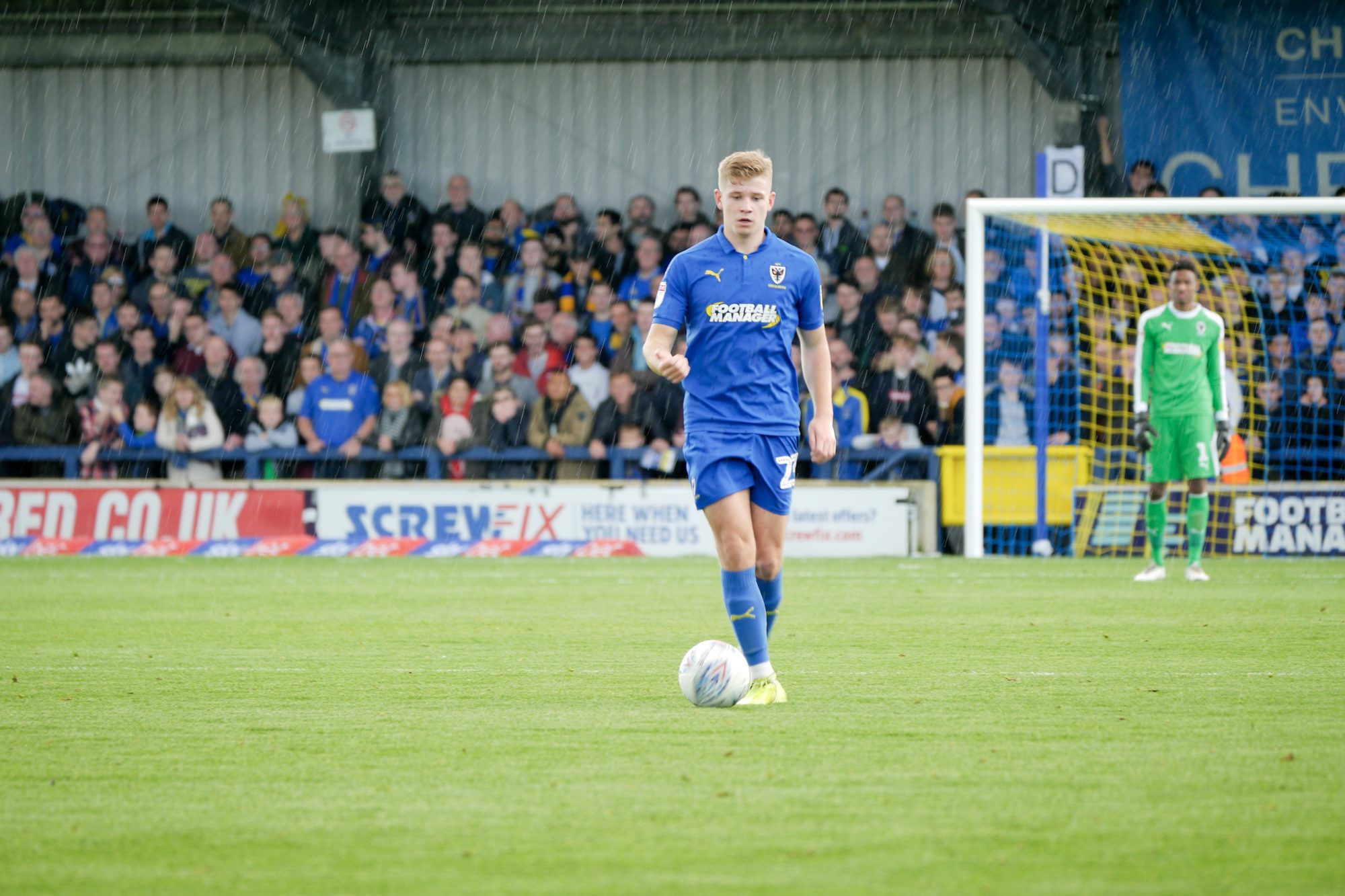 Pigott was at the heart of Wimbledon’s play when they did get forward – he won plenty in the air and provided some smart hold-up play which brought an otherwise isolated Forss into the game.

Despite their defensive doggedness, Wimbledon showed signs of a side that had kept just two clean sheets all season.

Two rapid counter attacks following corners cut the home side open with alarming ease – both times Pompey should have taken the lead. 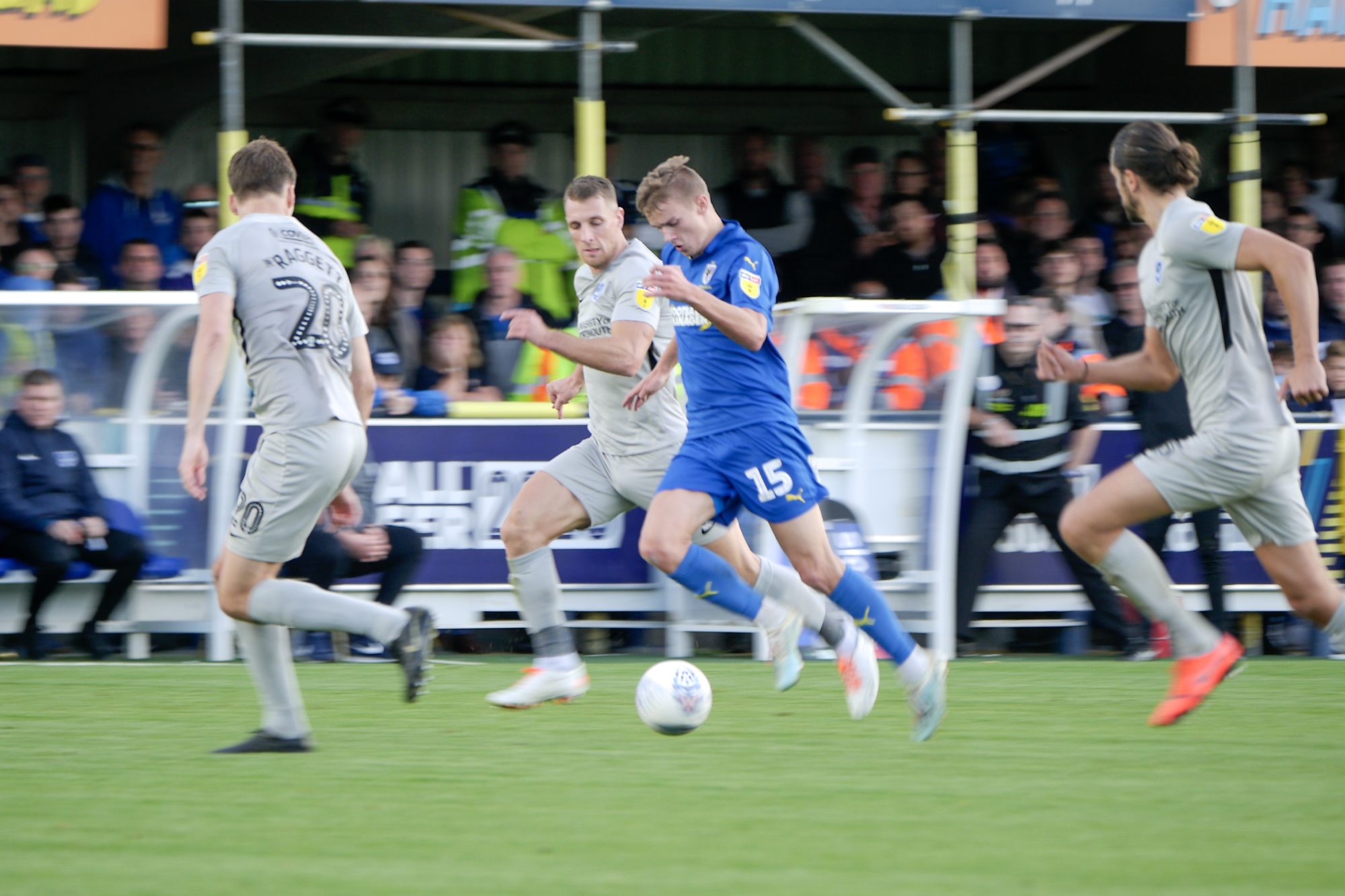 The first half ended goalless and it would not be a huge leap to suggest that many inside the Cherry Red Records Stadium would have been happy if the second half finished that way too.

It started in bizarre fashion. Pigott was felled seemingly inside the penalty area but referee Sam Purkiss seemed to change his mind and downgrade his decision to a free-kick on the edge. Max Sanders’ effort was struck well, but routinely saved by MacGillivray. 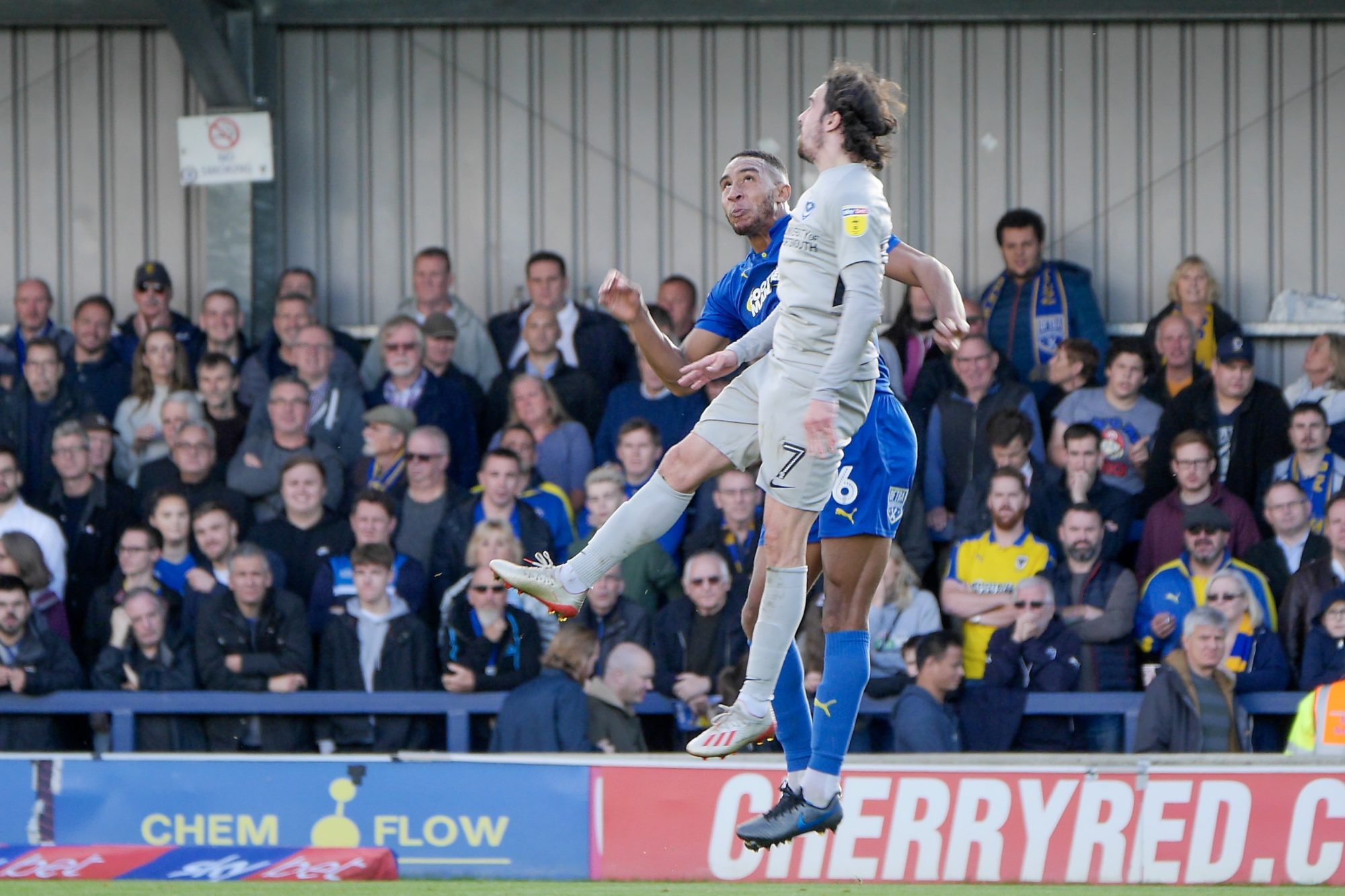 The rest of the half settled down into defence versus attack. Portsmouth knocked and knocked on the door but, despite some scares for the home side, there was no reply. Crucially Wimbledon managed to break out periodically, ensuring the visitors could not mount an extended siege.

As the game crept towards its conclusion, it appeared as if both sides had settled for a point.

But one final foray by the Dons down the left flank managed to win  a free-kick just outside the Pompey box. 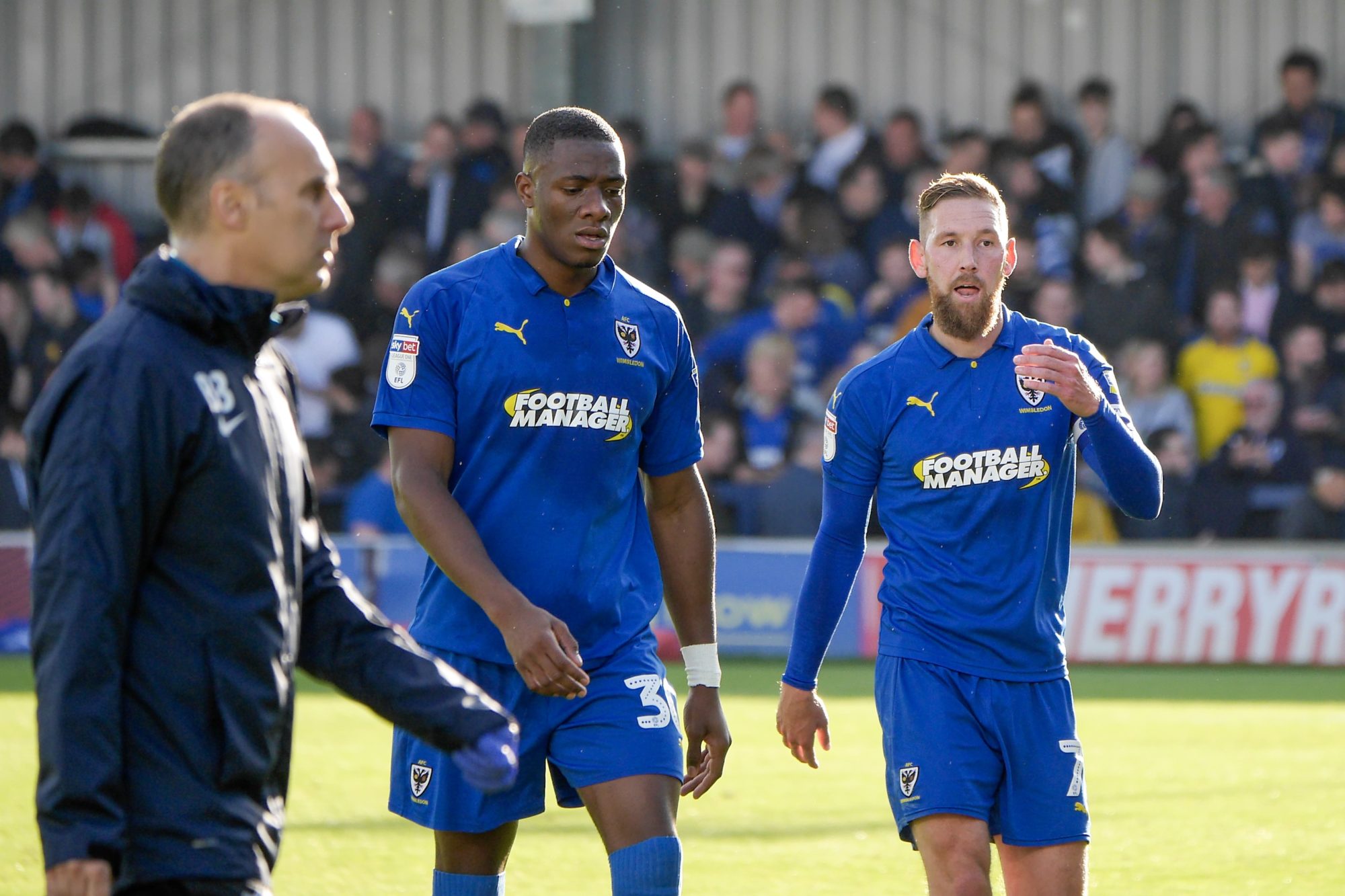 The delivery was inch-perfect yet again by Sanders and Thomas rose highest to power his header past MacGillivray to heap more misery, and more pressure, on Kenny Jackett and his Portsmouth side.

The celebrations in the home end behind the goal were special.

AFC Wimbledon are building momentum. There is work to be done defensively  – despite Saturday’s clean sheet – but belief is growing that they can put some distance between themselves and League One’s bottom three.