BY LAWRENCE LOWNE AT THE CHERRY RED RECORDS STADIUM

Two defeats in the last 12 matches shows that Wally Downes has got his Wimbledon team organised and hard to beat.

The Dons manager has made minimal changes of personnel of late, and largely due to injuries.

The one change to the starting 11 on Good Friday saw Rod McDonald replace Terell Thomas, while the experience of Tom Soares was added to the bench. 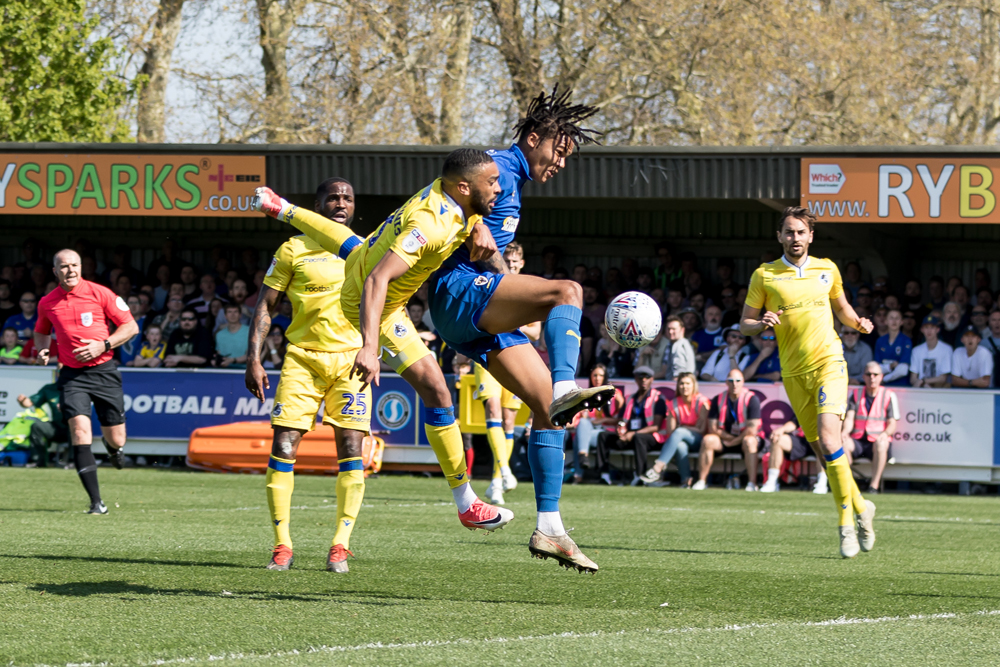 A quiet start, albeit an end-to-end game, saw both sides probe for openings and weaknesses.

The game earlier in the season had been won by Bristol Rovers through own goals, so defenders were keen to clear their lines effectively and they were ably backed up by the commanding presence of Aaron Ramsdale in goal.

Wimbledon made the breakthrough in the 22nd minute.

Midfielder Anthony Hartigan picked out a fine reverse pass to Joe Pigott, who swept the ball beyond the reach of visiting keeper Jack Bonham. 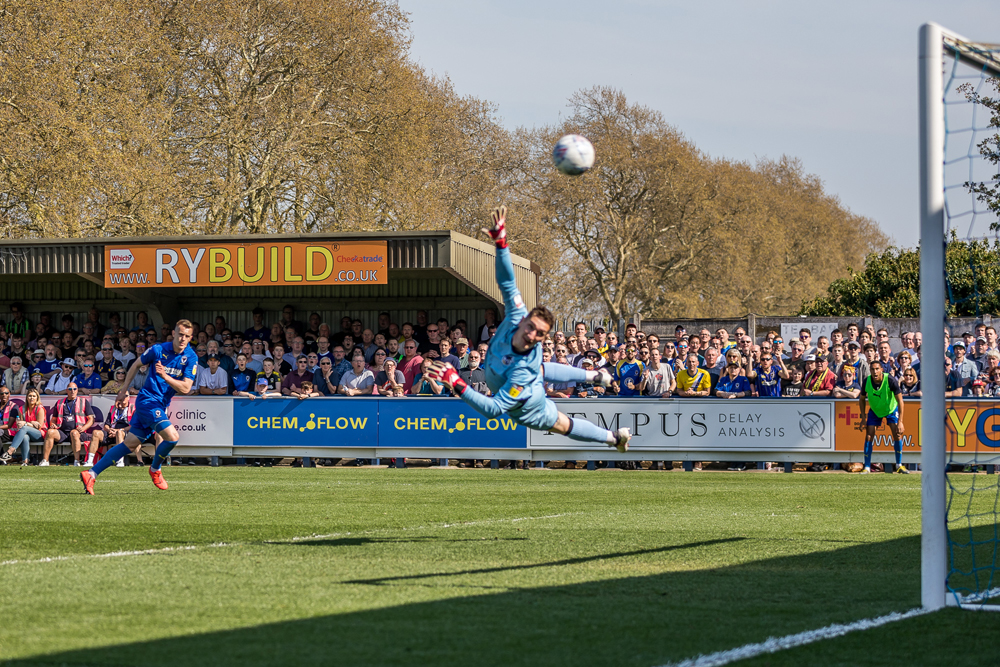 It was a peach of a goal and Wimbledon continued to pile on the pressure in search of a second, with both Toby Sibbick and Steve Seddon playing their part.

A super cross from the right by Hartigan found Seddon free in the six-yard box – his well-directed header was pawed away by Bonham, but Anthony Wordsworth was on hand to strike ball sweetly from within the six yard box but unfortunately found a defender on the goal-line clearing the ball to safety. 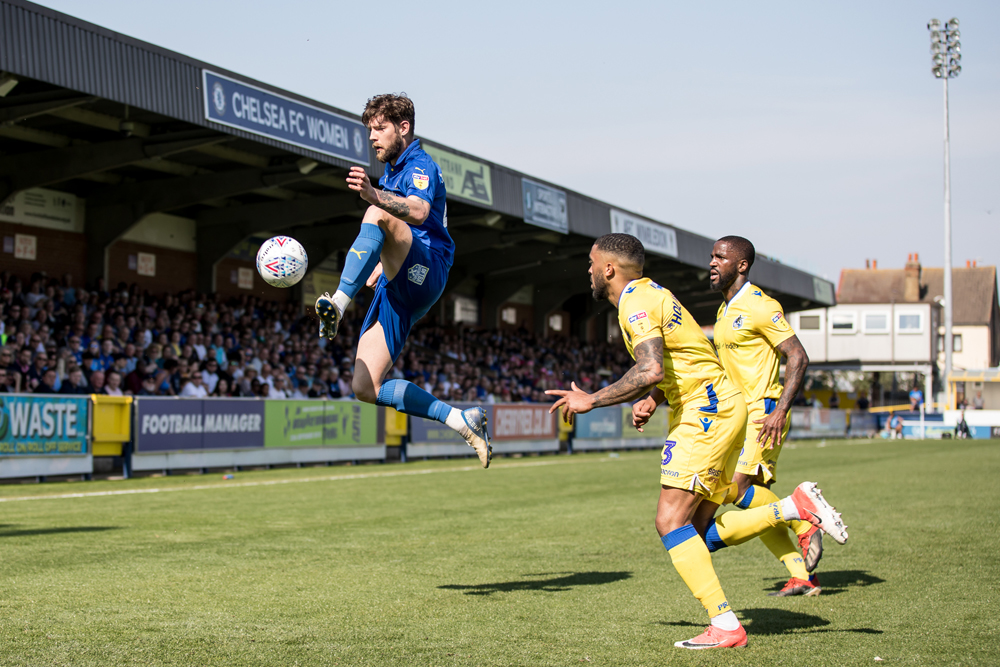 There was no let-up in the action as Rovers tried to claw their way back. Ollie Clarke shot high and wide, while Gavin Reilly got himself into a good position, but his cross failed to beat Ramsdale at the near post.

A break from defence by the Dons saw some neat interplay in midfield before Wordsworth played a pass to James Hanson and got flattened by a defender. Calls for a penalty were waved away.

Wordsworth was once again involved a few minutes later as his blistering shot appeared to be cleared two-handed by a defender – the home bench were soon in the ear of the fourth official. 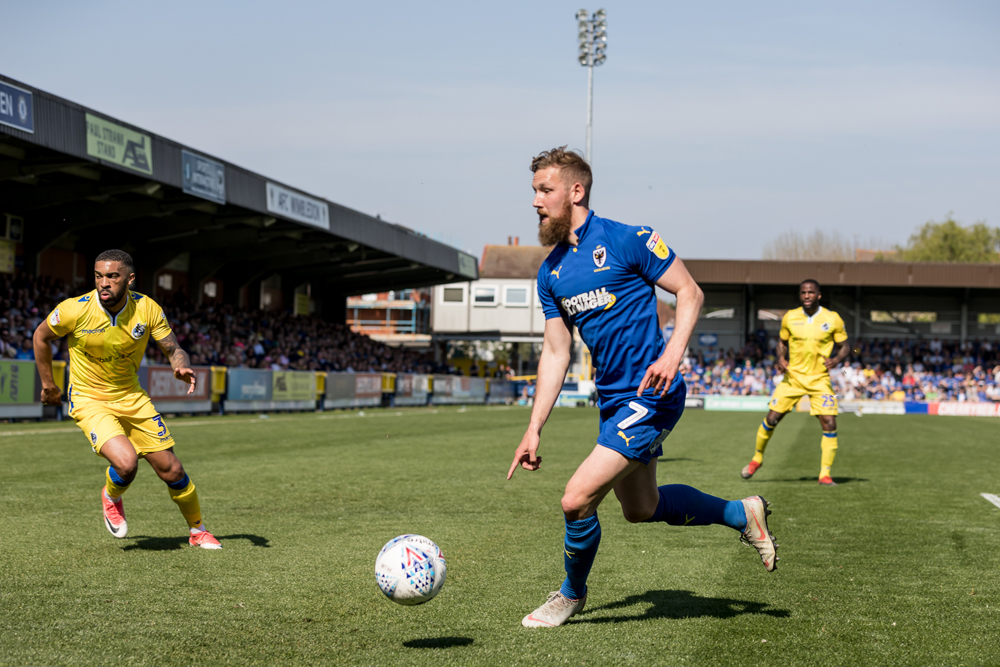 Disappointment had not died away by half-time and assistant-manager Glyn Hodges could be seen chatting to the referee as they came off the pitch.

The second half was a more placid affair. There was concern that the failure to secure another goal might be costly for Wimbledon, and so it proved. 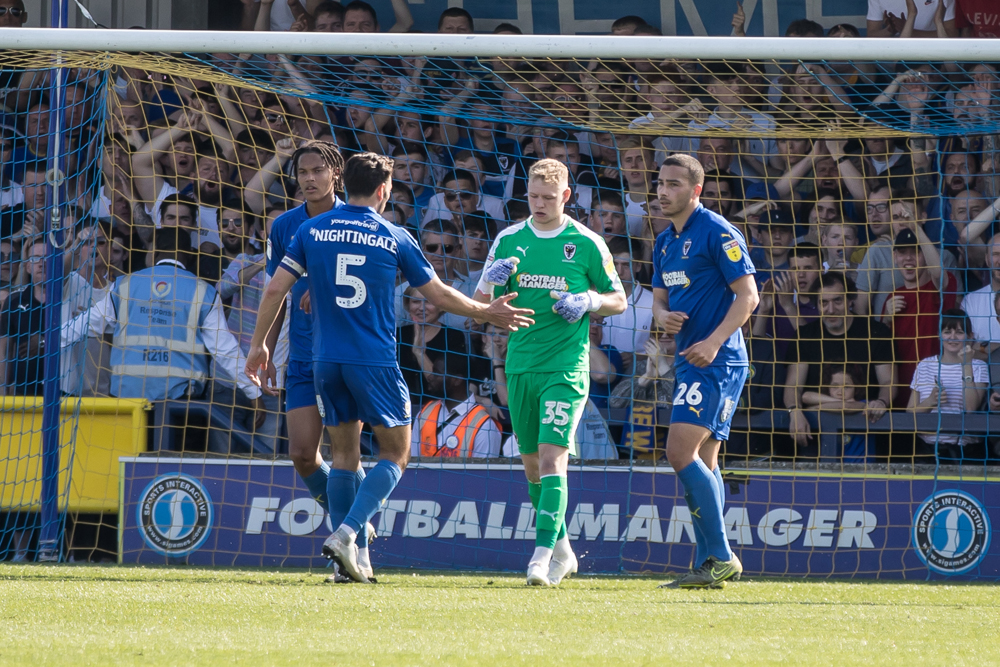 Rovers’ top scorer Jonson Clarke-Harris had been kept quiet, but Joe Partington and Reilly were pressing for openings.

Ollie Clarke found himself free inside the penalty box but Ramsdale made a super save.

Downes made a change to try and relieve the pressure by bringing on the mobile Michael Folivi. The incisive passing from the first half was not there for Wimbledon. 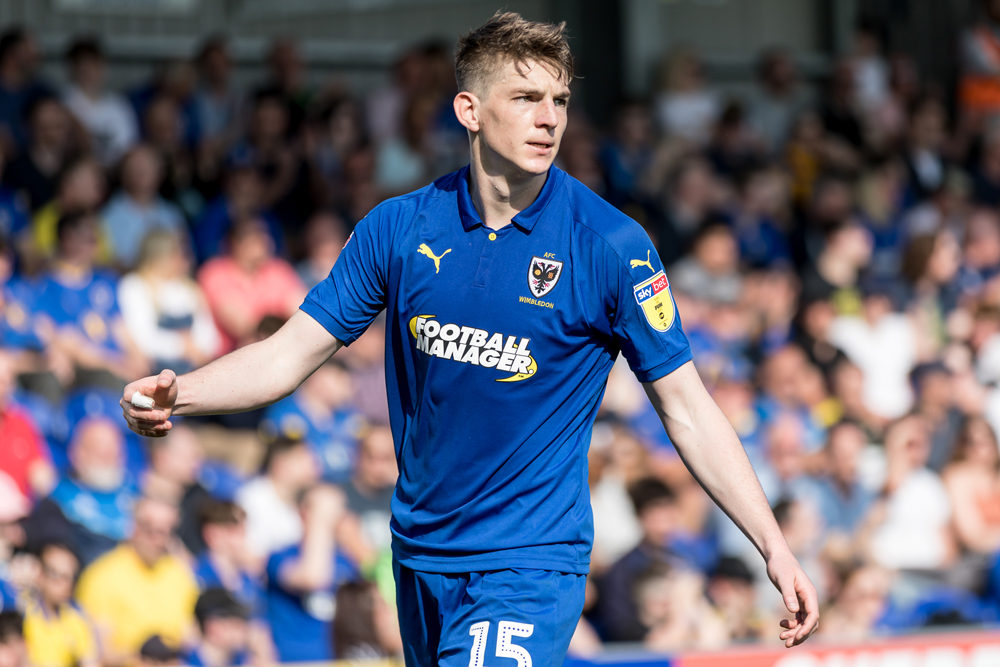 Visiting boss Graham Coughlan made three changes and they proved fruitful – with an equaliser following in the 78th minute.

Ollie Clarke – despite attention from defenders – just about found space from 20 yards out to place a ball out of reach of Ramsdale into the net.

Two excellent chances followed for the Dons as their own substitutes looked to make an impact. Soares solidified the midfield and stopped Rovers probing, and Dylan Connolly brought directness on the right.

A Seddon cross from the left found Folivi in the box, but he could not get enough power on his header to get the ball past Bonham. 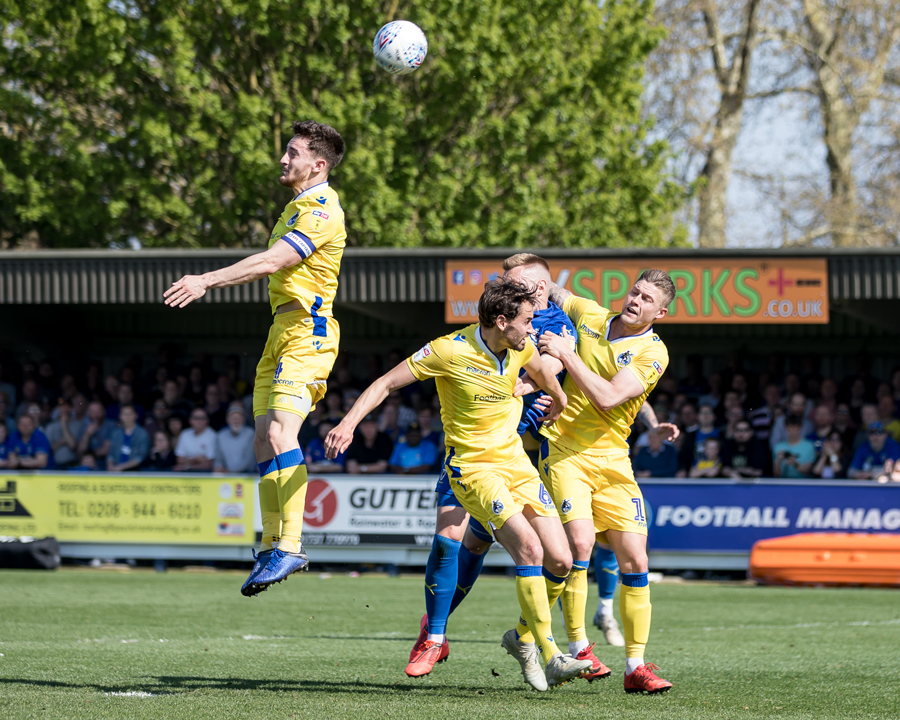 A 1-1 draw was probably a fair reflection, but Wimbledon supporters will once again be reflecting on missed chances in the first half along with an official who failed to grant not one, but two penalties.

Tonight the Dons are off to champions-elect Luton Town, managed by Mick Harford – who finished his playing career with the South Londoners. Time for Wimbledon to be party-poopers.