When these two sides met back in April, the point Wimbledon gained on a frustrating afternoon was pivotal in completing their implausible escape from relegation.

Four months on, it was exactly the same scoreline. The draw the Dons picked up was important but in a different way, as they got off the mark at the third time of asking in the new League One campaign. 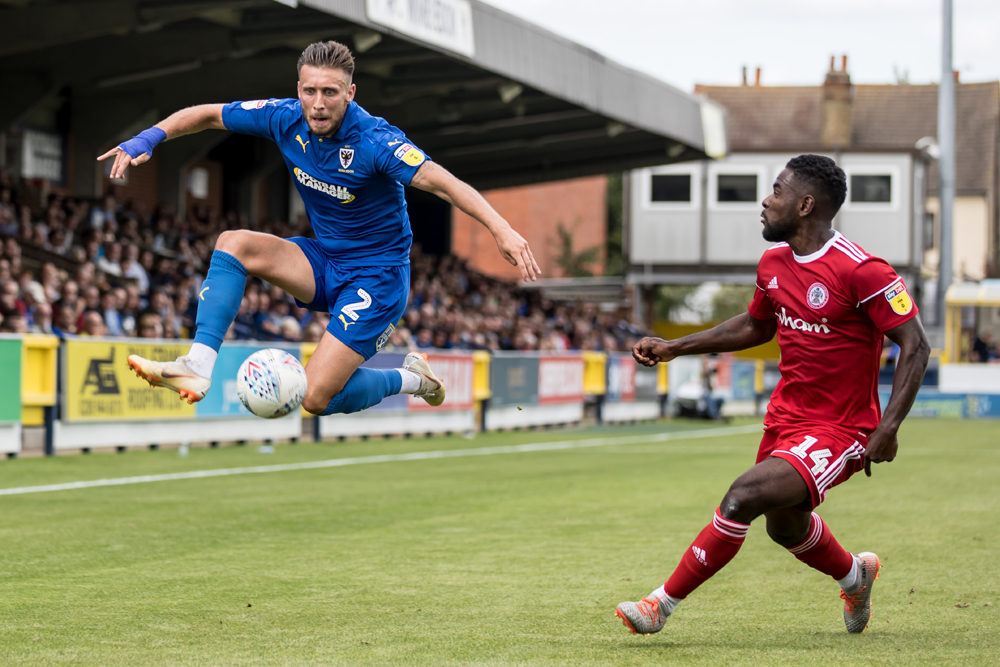 With the visitors down to 10 men for the closing third of the contest, it felt like a missed opportunity.

Accrington had to withstand some heavy pressure early on. Wimbledon moved the ball into dangerous areas although they didn’t overly trouble visiting keeper Dimitar Evtimov.

The Dons imposed themselves for the majority of the first half. 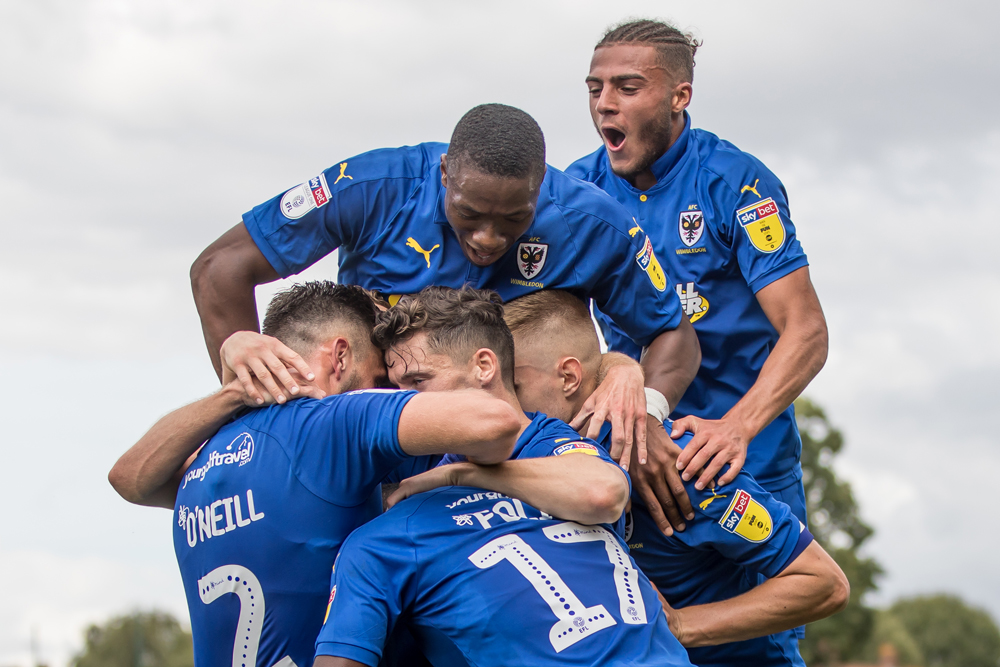 Manager Wally Downes said in his programme notes that he was pleased with 50 per cent of their performances this season – but not from any one game.

Wimbledon dominated the second half against Rotherham on the opening day but were left empty-handed. And last weekend’s impressive opening period at Fleetwood failed to yield any points. 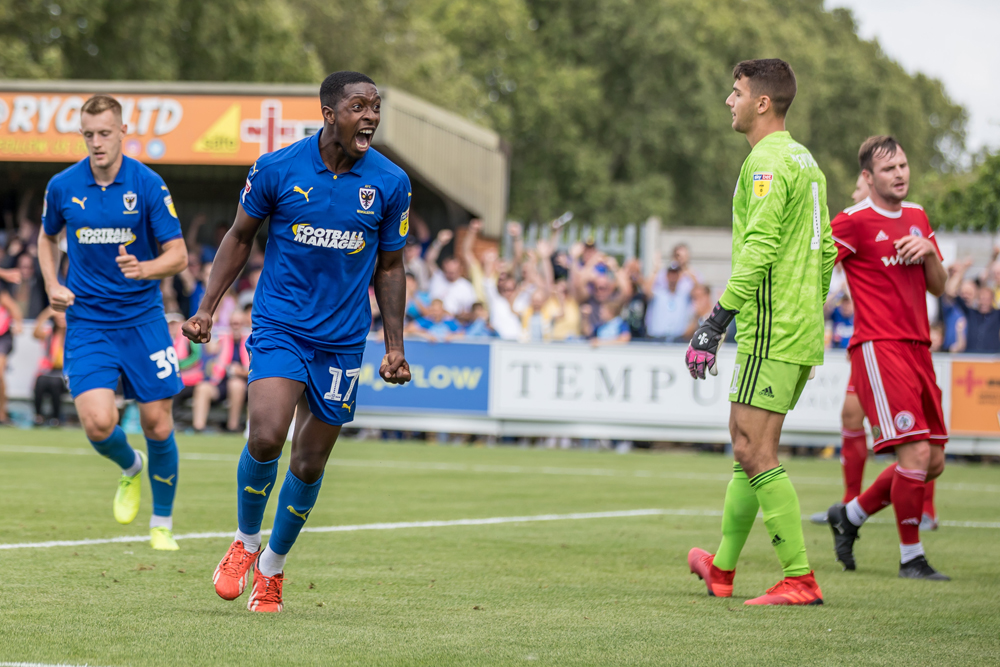 With half-time approaching, the Dons found the breakthrough which could – and perhaps in hindsight should – have been the platform to go on and win the game. Luke O’Neill hammered the ball across goal and it was diverted past Evtimov by a big deflection from Ross Sykes. 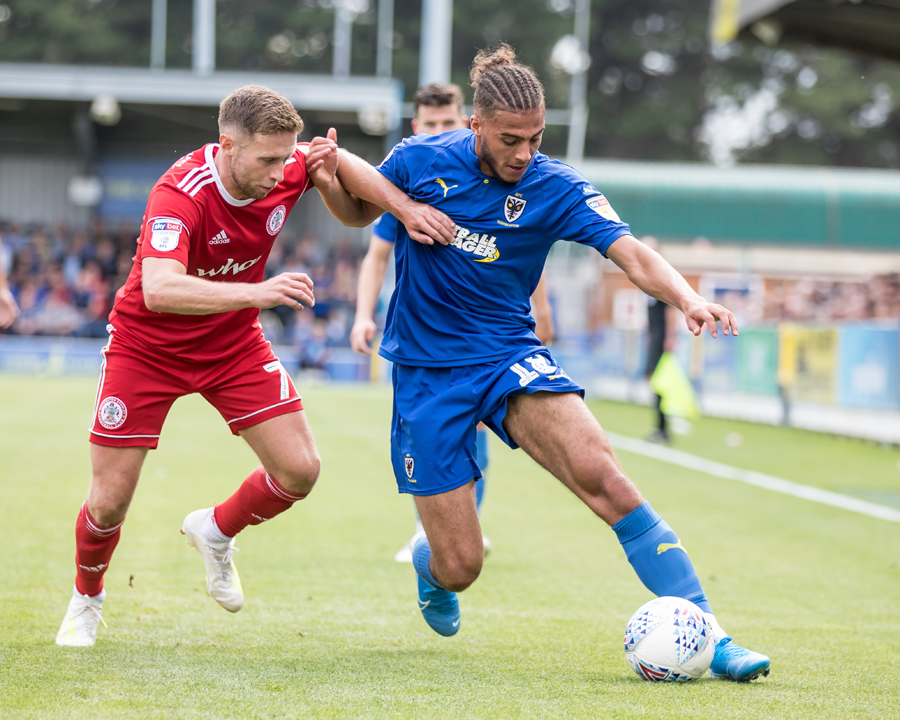 Wimbledon were worth their lead. Accrington had not been outclassed but didn’t carry the same threat going forward.

On-loan forward Michael Folivi had one of his best games in a Wimbledon shirt, his driving forays forward a constant threat to the visitors. 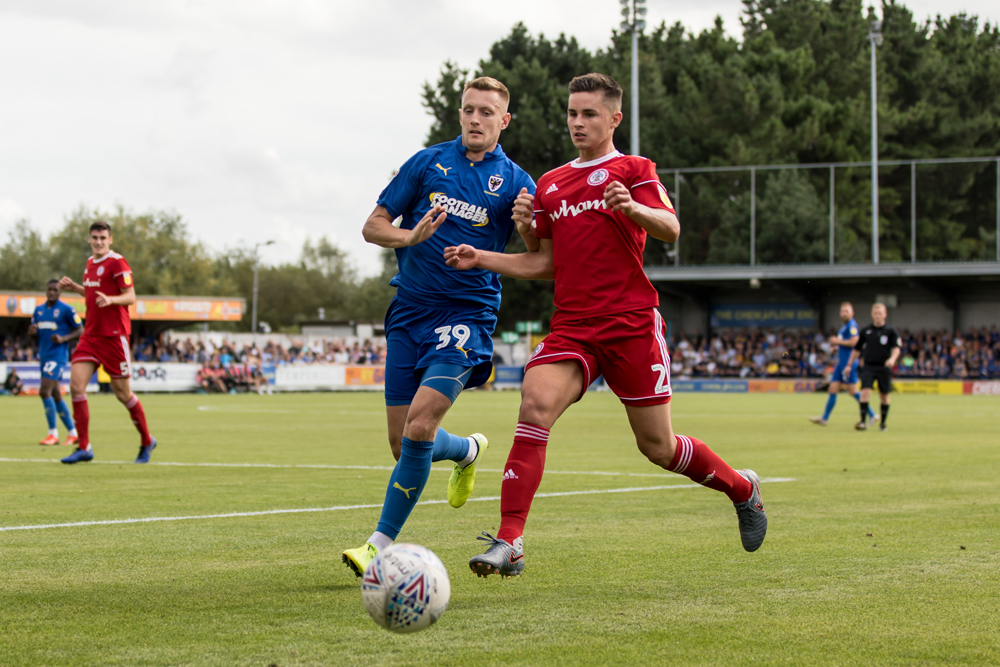 Although the Watford man didn’t get the goal he deserved after being thwarted by last-ditch defending on a couple of occasions, he always looked likely to make something happen. 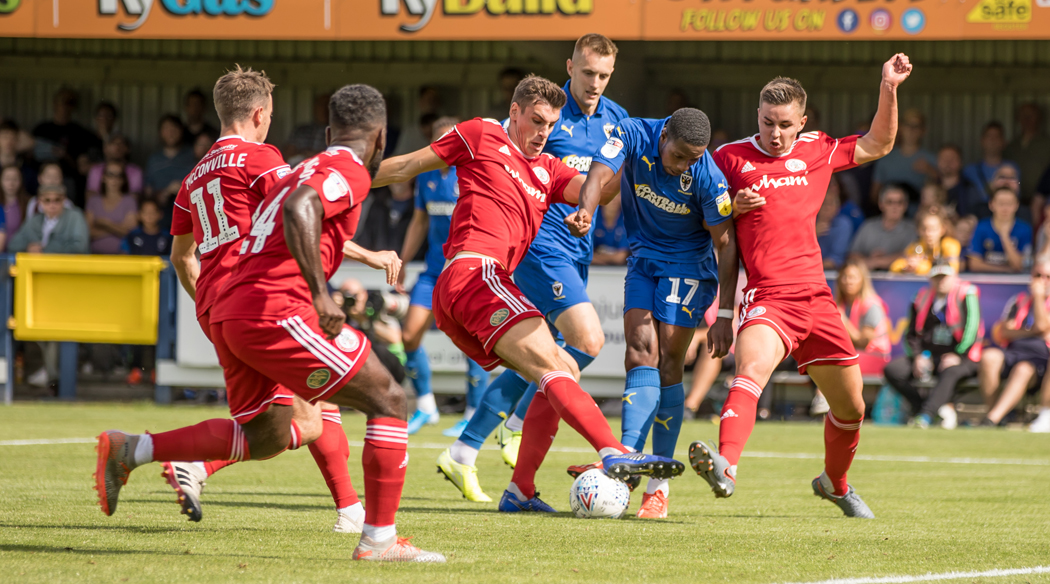 It was Folivi’s pace which led to Stanley full-back Zaine Francis-Angol’s dismissal on the hour. He had only been booked five minutes earlier when he clumsily collided with Folivi as they both went for a loose ball. 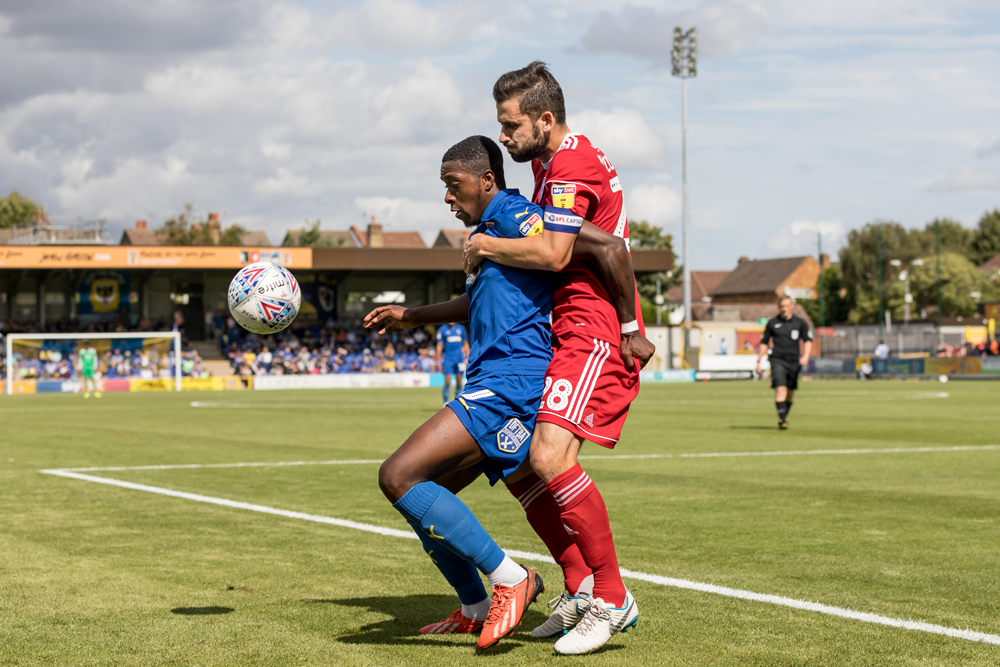 In some instances, being reduced to 10 men can galvanise a team. For Accrington – and despite equalising four minutes later – this wasn’t the case.

After some good approach play on the left-flank by Courtney Baker-Richardson, Colby Bishop stooped to head past debutant Nathan Trott to restore parity against the run of play. 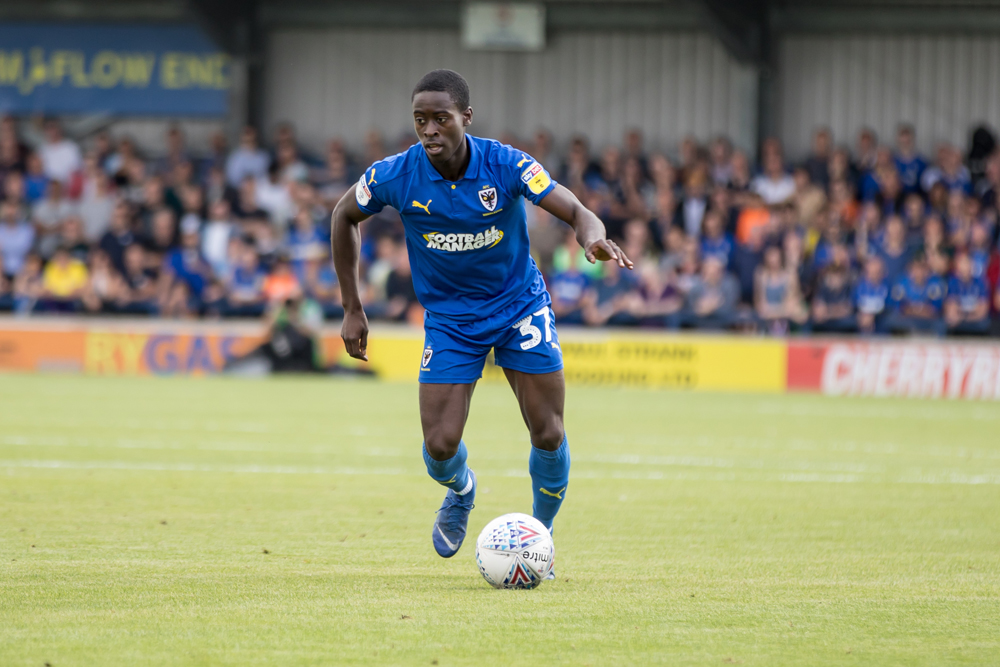 Downes introduced Paul Osew and Mitch Pinnock in response, but the Dons failed to make the most of their numerical advantage. 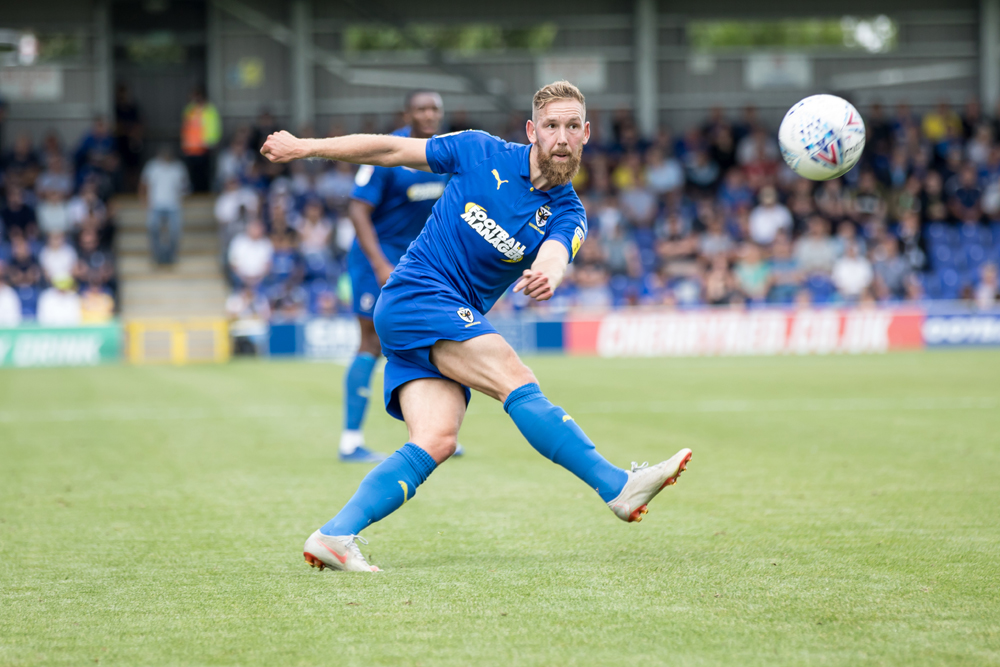 Wimbledon’s distribution was ineffectual as they searched for a winner – although a late header from the impressive and commanding Paul Kalambayi was tipped over at the death. 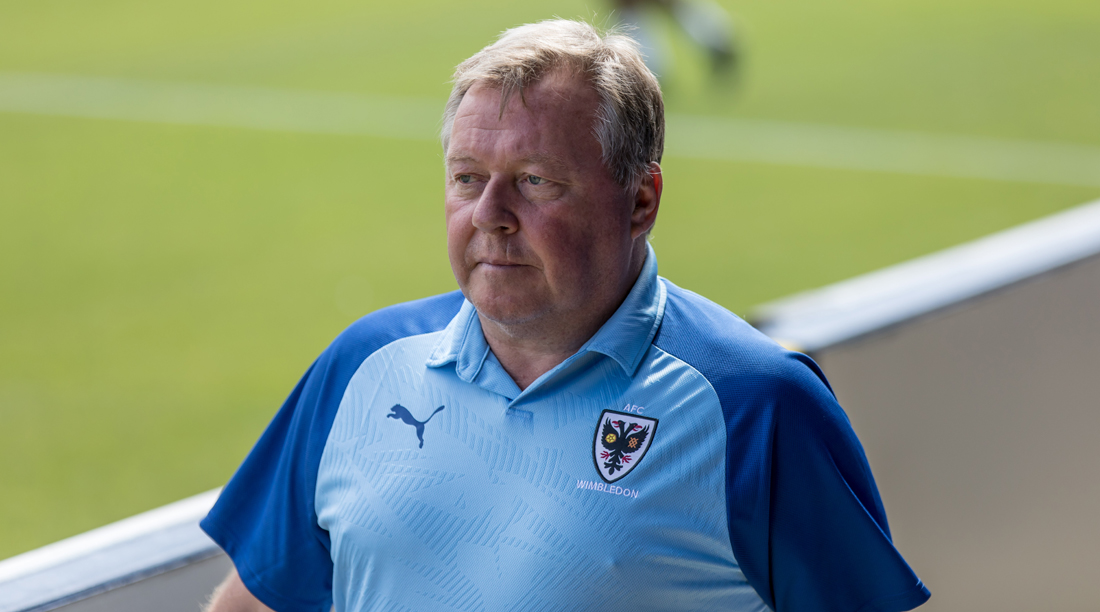