As AFC Wimbledon’s players headed down the tunnel at half-time there was about only one positive to take from Saturday’s first 45 minutes – that Neal Ardley’s side were not completely dead and buried.

The Dons had been painfully and patently second best to League One leaders Portsmouth.

But, and you can call this clutching at straws, they were only 2-0 down. They had goalkeeper Joe McDonnell to thank for that, as he made three vital saves in that opening period to prevent Portsmouth from coming off with the kind of lead their superiority merited. 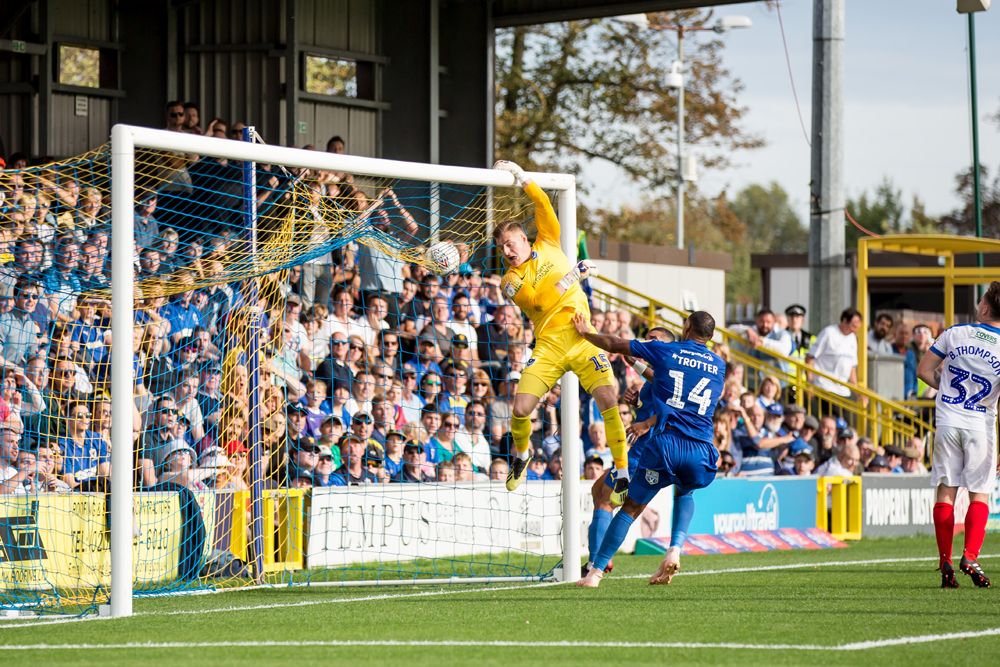 Tom Naylor’s opener was a soft one to concede. The Pompey number seven did not have to do much to hold down Liam Trotter, offering minimal and meek resistance, to head in Dion Donohue’s corner.

And when Gareth Evans threaded confidently home as Jamal Lowe and Lee Brown combined for the latter to spray the ball across the face of goal, it looked like a demoralising drubbing could be on the cards.

Spirits are not high for the South Londoners, and the threat of a big defeat unless drastic action was taken was crystal clear – every bit as much as the cowbell which rang out from the away section of the Cherry Red Records Stadium. 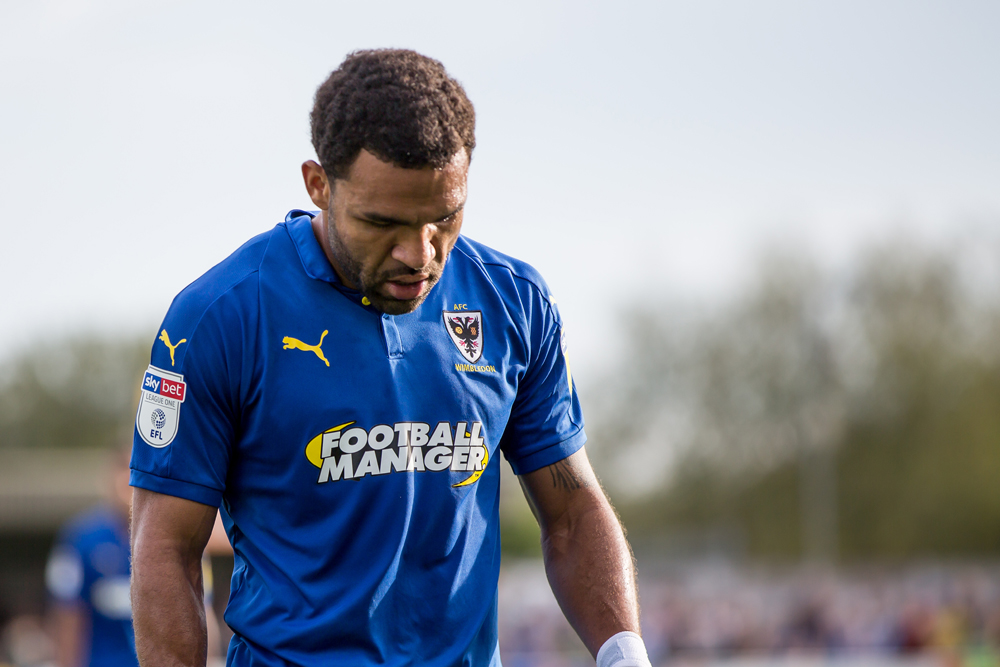 The start to the second half was delayed, and initially you wondered if that was down to a heated dressing room exchange.

Instead, it later transpired that Joe Pigott was being sick and it had forced a reshuffle of half-time changes.

On came James Hanson, Will Nightingale and Anthony Hartigan. It would have been a struggle for the Dons to have repeated a first half in which they played with little belief, cohesion or direction. Their passing lacked direction and quality. 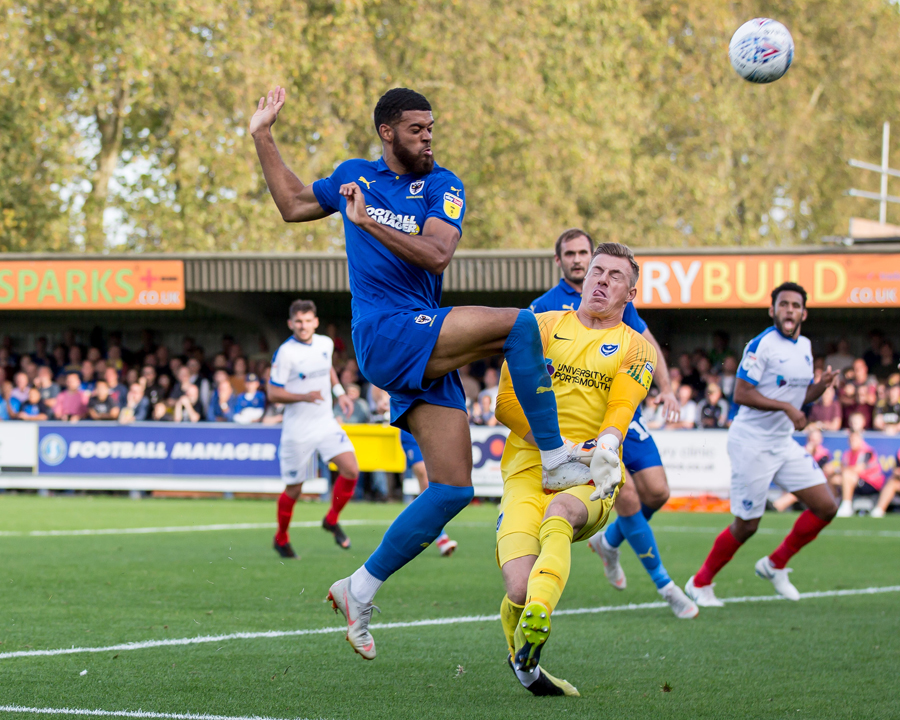 So it is safe to say that the performance after the restart was a big improvement.

Hanson supplied an aerial and physical challenge to the Portsmouth backline which had been lacking before. I lost count of the amount of aerial duels he won.

Nightingale’s introduction pushed Deji Oshilaja into the right-back role and the Dons captain was a good outlet down that flank. Hartigan was neat and tidy in possession, only adding to the clamour of fans to see the homegrown product given a crack at first-team football. 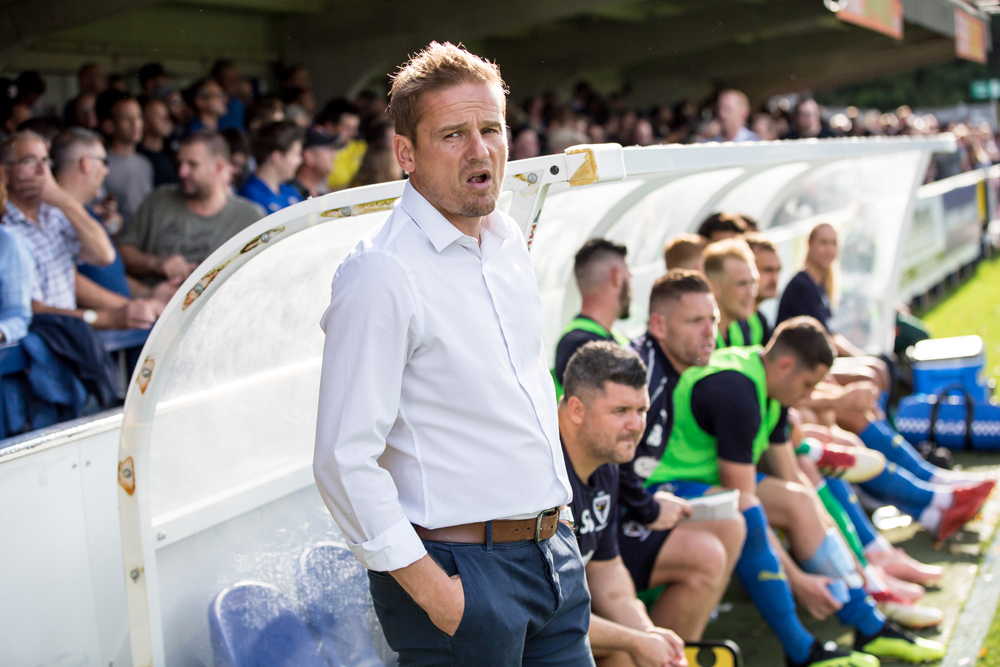 When Ardley felt more in the mood to pick over the 95 minutes of football, he’ll find at least some plusses.

Hanson’s start to life in a Wimbledon shirt has been disrupted by injury – but he is finally off the mark for the club.

Not long before his fine strike he had been picked out well by Jake Jervis but headed the on-loan Luton Town attacker’s left-wing cross down and fairly comfortably wide of the right post. For a targetman of his experience and power in the air, he should have done better.

But then his 63rd minute left-footed thunderbolt – a first time hammer home after Evans scuffed his attempt at a clearance into the feet of the former Bradford and Sheffield United man – was comfortably the goal of the match. 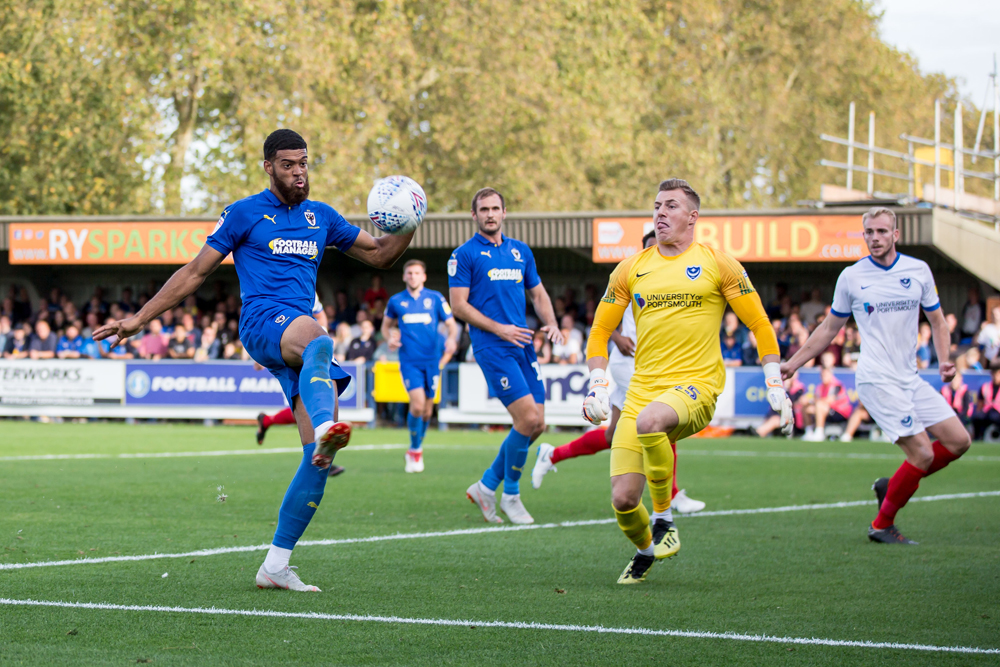 It was also his first outside the box in English league football since December 10 2011 – 2,499 days. He ended the wait in no little style.

Kwesi Appiah nodded into the arms of Craig MacGillivray from Oshilaja’s ball in just three minutes later as the Dons had the momentum, but that proved to be the last notable moment in terms of genuine scoring chances for the hosts.

At close of play the statistics reflected that Wimbledon had fought back well – 15 shots compared to Pompey’s 18 with six and eight on target respectively. It had ended up being competitive if you forgot about the first half, something which Ardley, his players and supporters would love to do.

“We’re going to have to change a few things – both in maybe the system and the way we play – to take some decision-making away from the group for the time being,” was one interesting quote from the Dons boss.

It suggests Wimbledon will go back to a more route one approach. Provided Hanson is fit, then there is no reason not to think it cannot have some success.

But Ardley is a realist to know that he needs a playing system and personnel to click quickly if he wants to relieve some of the pressure – both on himself and the squad.

The Dons have lost five of their last six League One matches, putting them rock bottom in a form guide over that period, and after Saturday’s trip to Blackpool, with two wins and four draws in that same timeframe, they head to fellow strugglers Bristol Rovers.

That midweek assignment at the Memorial Stadium could carry real magnitude in the battle to stay up.

And that is what it has become at this moment, a dogfight. Wimbledon have been muzzled too easily at stages in what is shaping up to be a difficult season.