AFC Wimbledon suffered more frustration as they fell to a 3-1 defeat in controversial fashion against Bristol Rovers.

An early strike from Marcus Forss was cancelled out by Abu Ogogo before Forss was dismissed for two bookable offences. A bizarre second goal for Rovers arrived when Nathan Trott spilled a Johnson Clarke-Harris header before being bundled over the line, with the officials deciding the ball had crossed the line before the West Ham United loanee was floored. Tony Craig headed home from a deep corner in the final five minutes to seal the victory for the Gas.

The Dons took the lead through loan striker Forss, who picked the ball up from Scott Wagstaff after a quick throw. The Finnish striker cut inside, before bending a sublime strike beyond Anssi Jaakkola from 20 yards in the game’s first real moment of quality.

Wimbledon’s advantage would be short-lived. Just nine minutes after Forss’ brilliance, a whipped cross from the left-hand side found Ogogo completely unmarked to steer a simple diving header beyond Trott and into the far corner. In truth, it’s a goal that no-one of a Dons persuasion will want to see back again. 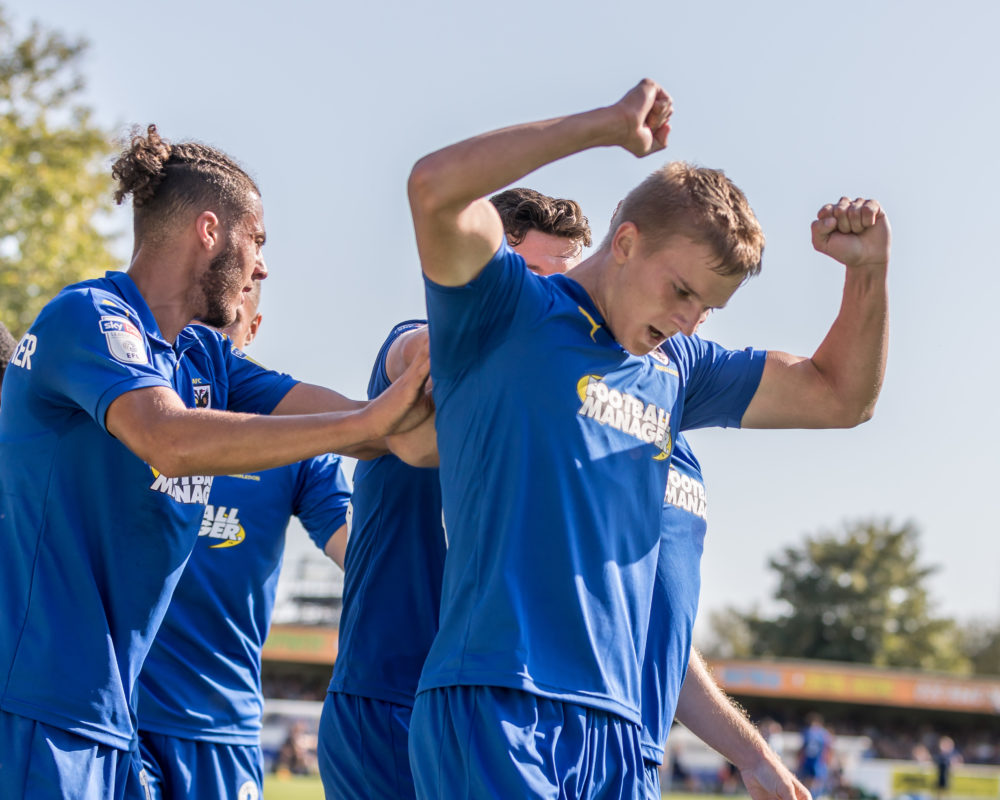 The second period started slowly, with both teams showing graft but not much craft. The Dons probably shaded the best of the early exchanges, with both Michael Folivi and Wagstaff superbly thwarted by Jaakkola.

But the tide turned just past the hour mark, when the Dons were reduced to 10 men. Wimbledon goalscorer Forss received his second yellow card after a foul, after earlier picking up a booking for his goal celebrations.

Rovers’ second goal would arrive in controversial circumstances to say the least. Clarke-Harris’ initial downward header was spilled by Trott, who tried to reclaim the ball before it crossed the line, being bundled over in the process. The goal was given, much to the fury of the majority inside the Cherry Red Records Stadium. 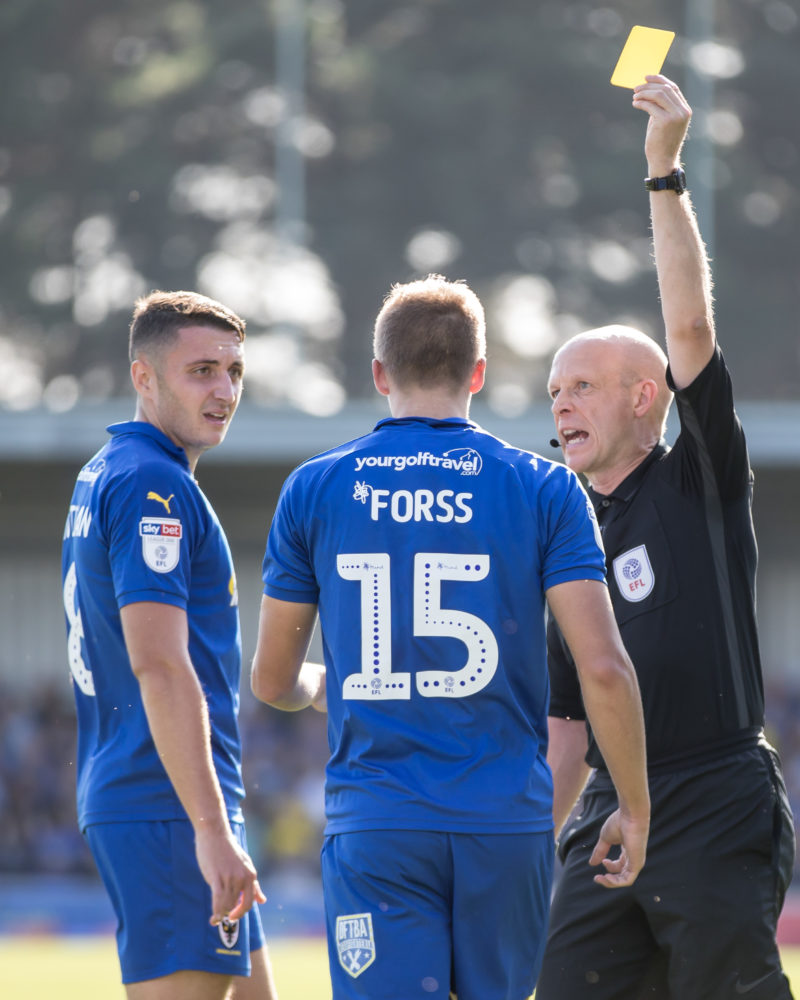 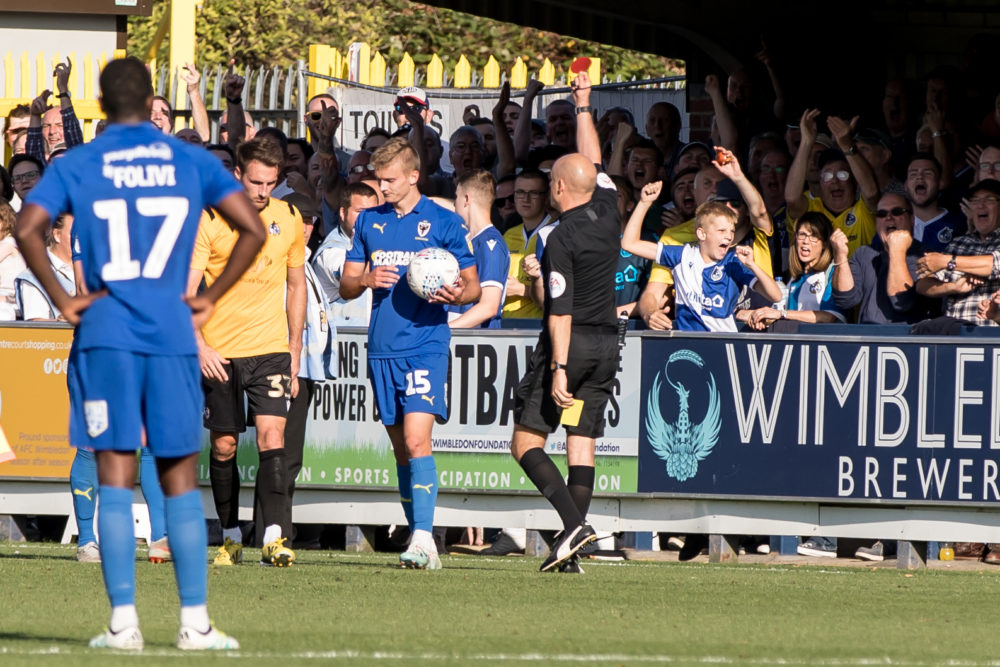 The hosts huffed and puffed but failed to craft an opportunity to grab an equaliser, with Rovers skipper Craig heading home a deep corner to compound the hosts misery.

The hosts huffed and puffed with 10 men but failed to craft an opportunity to grab an equaliser, with Rovers skipper Craig heading home a deep corner to compound the hosts misery, who remain winless in their opening 10 league games.