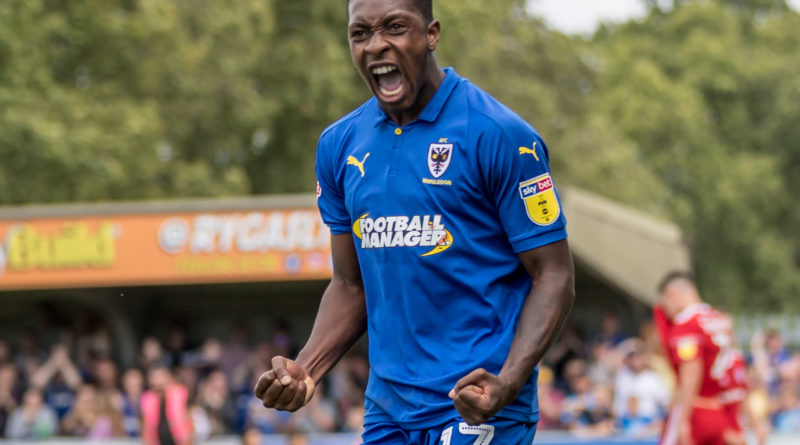 AFC Wimbledon were held to a 1-1 draw by 10-man Accrington Stanley on a frustrating afternoon at the Cherry Red Records Stadium.

The Dons took the lead after Luke O’Neill’s devious strike across goal was diverted past his own keeper by Ross Sykes, with Colby Bishop restoring parity for the visitor’s minutes after they were reduced to  10 men.

It was an intense start from the hosts, who were harrying and pressing Stanley whenever the visitors had possession, and they looked a threat going forward, Michael Folivi looking a particular menace.

An impressive start saw a snapshot from Anthony Hartigan volleyed straight at Dimitar Evtimov inside the opening 60 seconds, before a spell of sustained pressure saw Stanley escape four consecutive Wimbledon corners without harm.

As the half wore on, Accrington began to grow into the game and looked a threat from a number of set-pieces, but the Dons backline stood firm with some resolute defending.

Folivi’s pace and movement was a constant cause of concern for Stanley and he was almost presented with a golden chance to open the scoring, after good work from Joe Pigott and Hartigan on the edge of the box but was thwarted just as he was about to pull the trigger from close range. 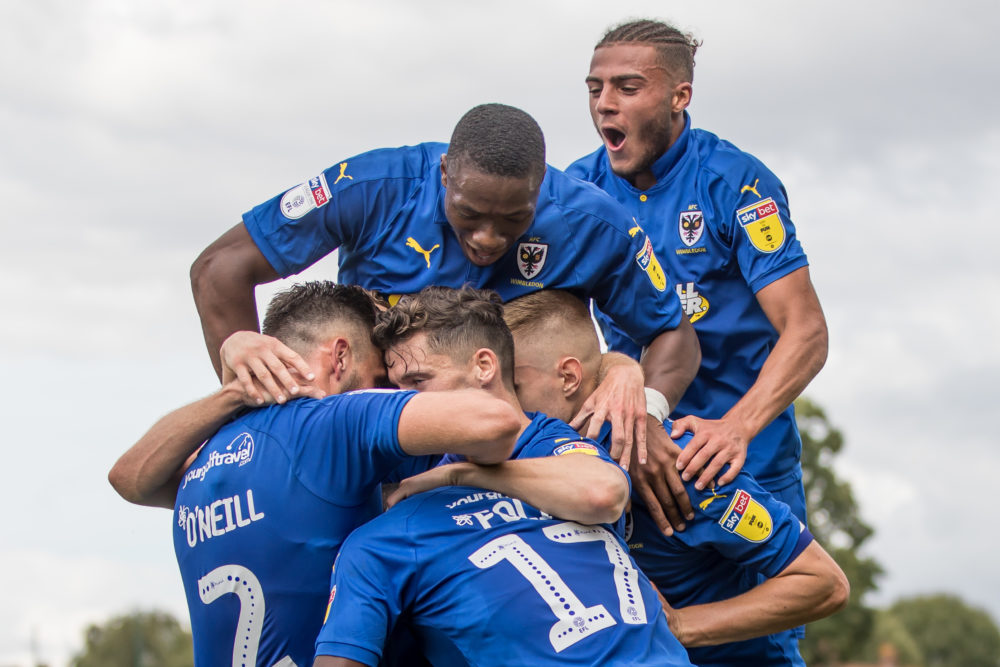 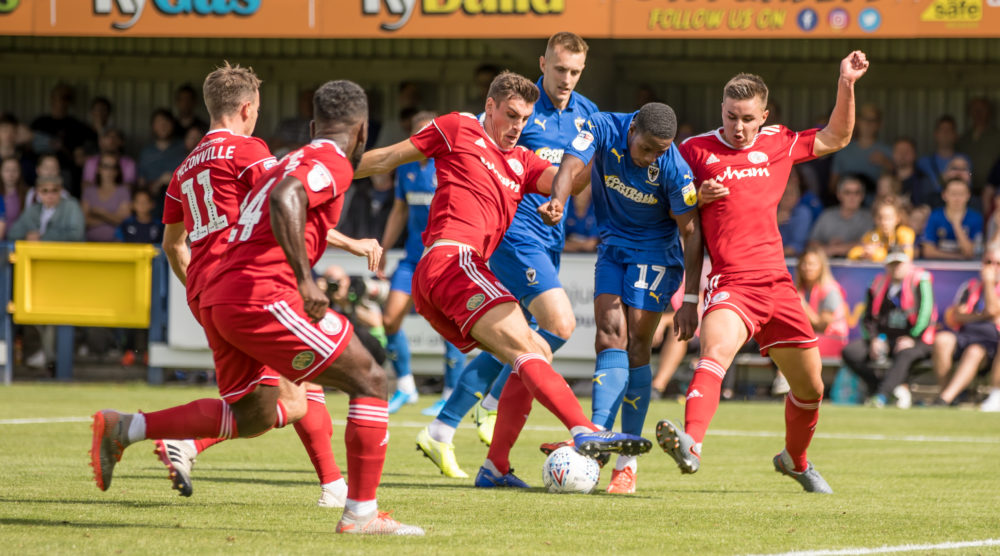 But just minutes later, the Dons took the lead on the stroke of half-time, with midweek goalscorer  O’Neill once again the catalyst.

Folivi did superbly to claw back possession midway inside the Accrington half, before the ball was worked neatly to O’Neill on the right-hand side of the penalty area. The Dons man shimmied before driving the ball back across goal, with a big deflection from Sykes taking the ball past a helpless Evtimov.

Wimbledon opened the second period with another intense start, with good work from Pigott and Folivi leading to a dangerous corner which was just kept away from Paul Kalambayi.

The visitors looked as they were going to be left to rue two yellow cards inside six minutes for Zaine Francis-Angol, who was dismissed for two clumsy rather malicious challenges.

But just four minutes after that, Stanley were level. Good approach play from Courtney Baker-Richards saw his low, dangerous cross from the left-hand side coolly converted beyond Trott by Bishop.

The Dons controlled the majority of possession against their depleted opponents but failed to produce enough to worry the Accrington backline. The closest opportunity after the equaliser fell to substitute Mitch Pinnock, whose low drive from the edge of the penalty area was simple enough for Evtimov.

The final 10 minutes failed to yield that elusive winner for the Dons – Kalambayi being thwarted by a finger-tip save by Evtimov  in the final moment of the game. 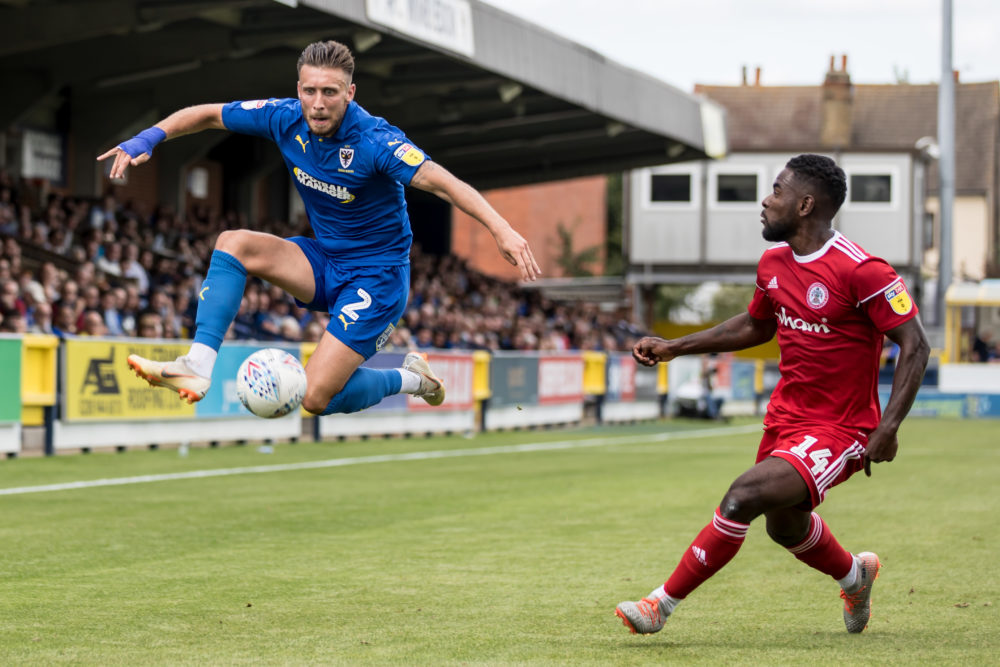