The shape of things to come…

That was my analysis of last Saturday’s goalless draw with Everton.

Forty-eight hours on from the closure of the transfer window on August 8 and one was left wondering how best to describe Palace’s close-season activity. Concerned, worried and underwhelming were a few that immediately came to mind, but in the end I struggled to settle between inadequate or shocking.

Regular readers of this column last season will know that I’m not into wildly exaggerating the ups and downs of football, but it is hard to comprehend the lack of activity in SE25 in bringing in fresh faces in key areas of the squad.

In terms of the acquisitions that were completed, you can see the reasoning and rationale in much of what was done, but this was coupled with utter bewilderment around the inability to strengthen elsewhere.

The record sale of the home-grown Aaron Wan-Bissaka and the circus that has surrounded Wilfried Zaha and the will-he-won’t-he speculation that has now become a somewhat tedious saga each and every summer. 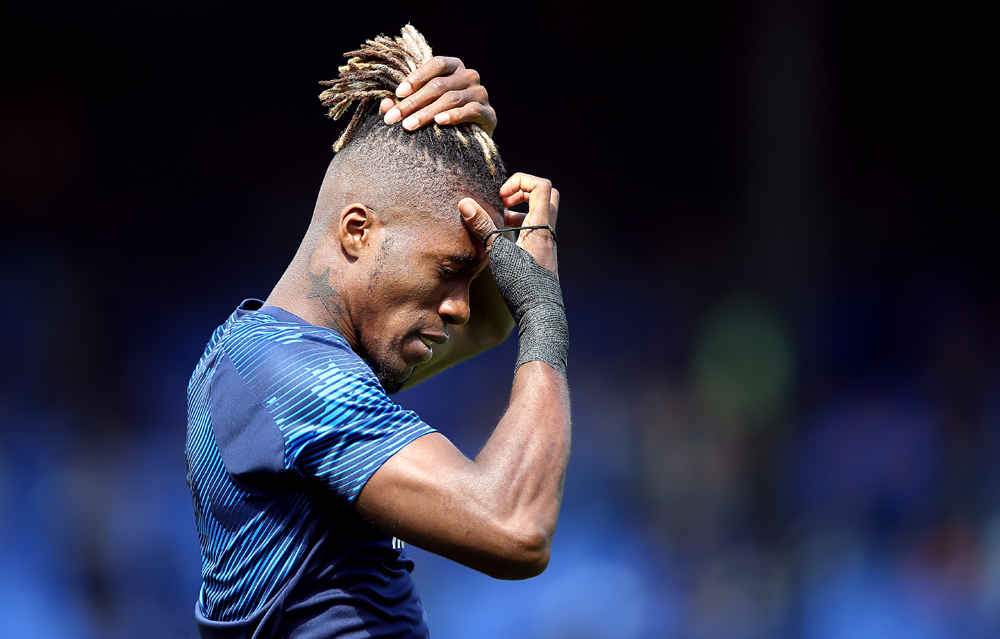 There was an overriding feeling of deja vu. An unbalanced squad, lacking flair and ball carriers sound familiar? Rewind 12 months and things are much the same.

All this was in stark contrast to a fantastic spell since the previous window, that saw a late loan swoop for Chelsea’s Michy Batshuyai transform the Eagles’ fortunes.

Over the last 14 games the ‘Belgian Batman’ hit the net on a consistent basis and Palace were the third best team in the Premier League. Their fine approach play was finally rewarded. A record points total, no defeat by greater than a two-goal margin and finishing 15 points clear of relegation. What a platform to build on.

Instead, Roy Hodgson has again been badly let down in the transfer market and left facing more than half a season with one hand tied behind his back and a squad which on paper seems to be severely lacking in goals.

THE SALE OF AARON WAN-BISSAKA

The rise and rise of young Aaron led to a huge bid from Manchester United. Steve Parish eventually sanctioned the sale at around £50million.

Losing such a top young player was always going to be hard to take but there was at least a feeling that Palace got top dollar and could re-invest in order to make the team much stronger overall.

Wan-Bissaka’s uncharacteristic performance in an England U21 jersey in June led to slight doubts that Palace might be foolish to turn down such an offer and in the end the deal was struck.

An unhappy acceptance would best summarise my own thoughts, based on the view that the squad would be strengthened and another young, promising right-back was surely not too far away – it could be worse. 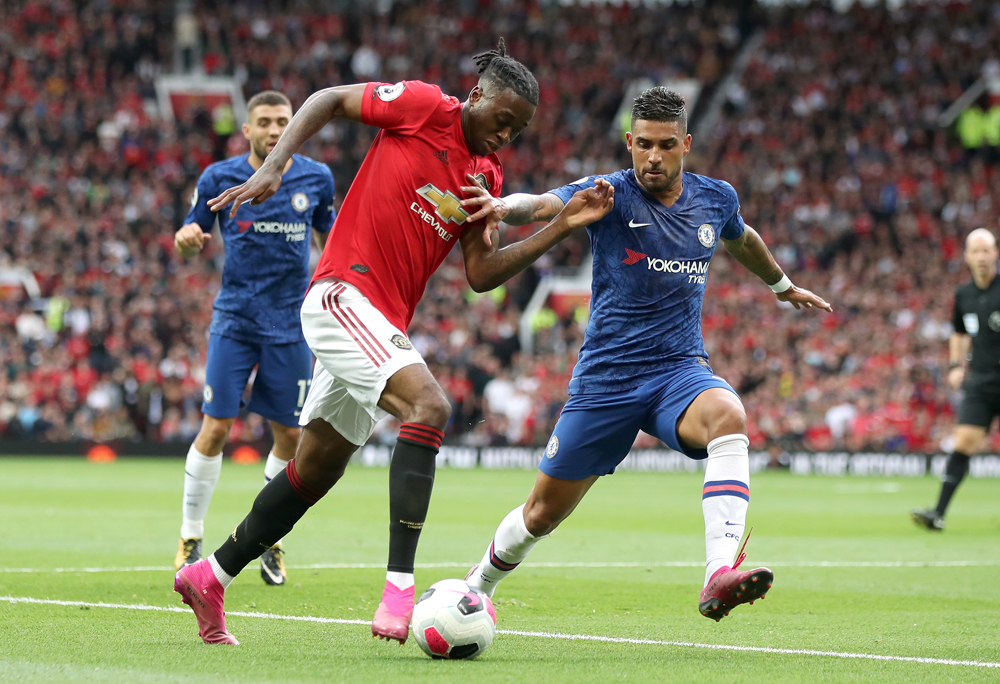 The names of Max Aarons and Timothy Castagne regularly filled the tabloid’s gossip sections. Then there was the reported bid for Chelsea’s Reece James, who enjoyed a standout season at Wigan on loan.

Fast forward six weeks and in spite of receiving pretty much a world record fee for New Addington’s greatest, Dougie Freedman and his recruitment team had been unable to get a deal over the line for a single replacement in the whole of world football.

Roy is left with just the evergreen Joel Ward at his disposal and no other option? Absolutely incredible.

The eloquent Hodgson put on a united front, saying that he was happy with business done and words to the effect that you don’t always get everything that you want. Inside he must have been thinking “give us a chance Doug…”

The days and nights spent listening to Dharmesh Sheth and Kaveh Solhekol on Sky Sports News or should that be ‘Sky Sports Guesswork’ made for uncomfortable viewing.

Despite an almost daily flurry of ‘exclusive news’ quite how accurate some of the reporting was and how close the Palace GOAT came to flying the Eagles nest is unknown.

It seems that there was no second bid from Everton. Despite the best efforts of the ‘Transfer Centre’ double act the anti-climatic nature of the last few hours, knowing that the story of the summer wasn’t quite going to get the glorious ending the channel craved, did provide some comfort on a desperately disappointing day. 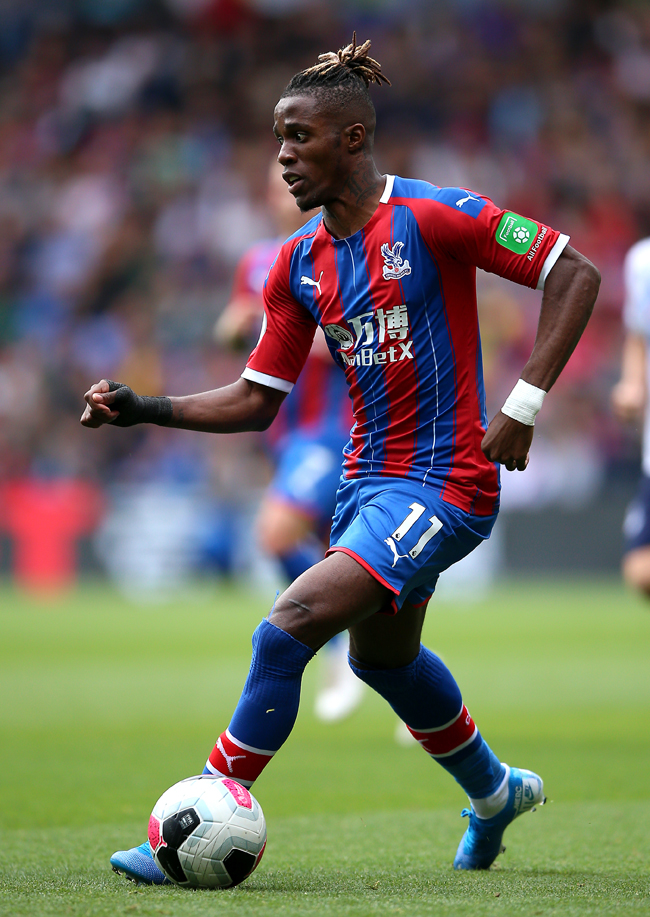 Given the public nature of the mercurial forward’s desire to leave SE25, quite where that leaves the club remains to be seen. Quotes attributed to family members and the continual feed of information in regard of a player that has four years remaining on a lucrative contract suggests more of the same may follow.

Having known Wilf since he was a young lad within the academy, I don’t believe that any of the sums mentioned truly reflect anything like his value to Palace – who would lose £100m in the event of relegation. Add in the reported sell-on percentage inserted in the deal when he returned from a brief stay in Manchester and I am closer to £150m.

It is certainly my belief that the club’s decision to sell Wan-Bissaka would no doubt have heightened Zaha’s feeling that it was time to move on. The two players share the same agent and there must have been pangs of ‘why not me?’

The reality being that nobody came close to bidding enough to persuade the reluctant sellers Palace to part with their prize asset. It would be impossible to cope without the irreplaceable Zaha.

It is hard to think of any player that would fit the bill and considering the efforts made in covering the loss of Wan-Bissaka it may be just as well that was the case.

Zaha was greeted with universal love when he entered the fray last weekend and it was great to see that he responded by showing his appreciation. I for one, expected a mixed reaction, but it seems the Selhurst faithful have forgiven and forgotten, backing their talisman all the way. He is a very lucky boy.

THE BUSINESS THAT DID GET DONE

Gary Cahill is a top-class player and given the injuries that had seen Mamadou Sakho and James Tomkins play little or no part in pre-season it made perfect sense to add cover. A seasoned professional, a leader, the former Chelsea and England man should prove to be a fine asset. 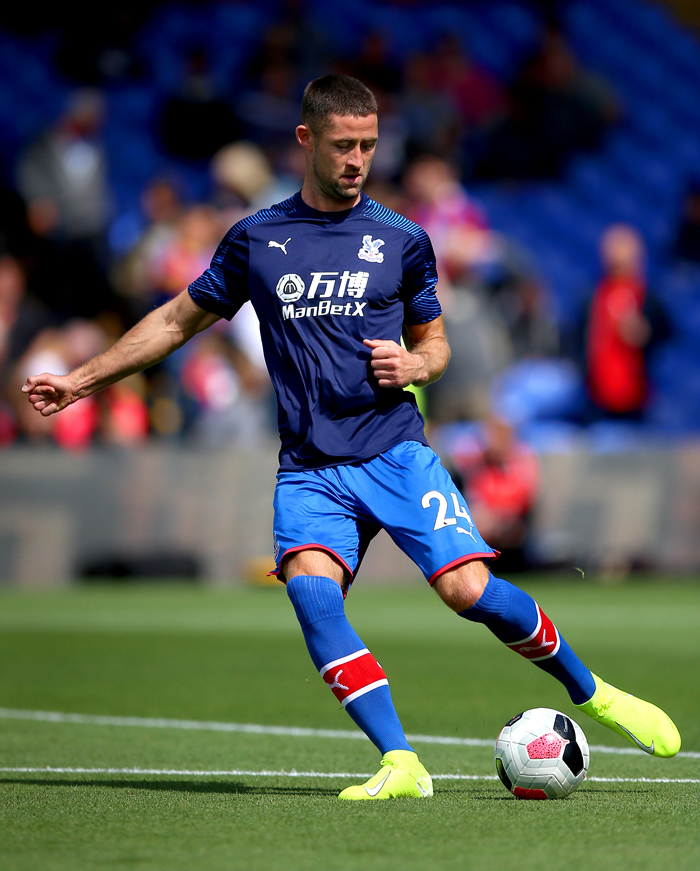 Julian Speroni was released after 15 years service to be replaced by the much-travelled Stephen Henderson. He has seen a promising career blighted by injuries, but the Irishman should be more than up to the task if called upon during a long season.

James McCarthy was perhaps the most surprising signing given the number of midfield options at Hodgson’s disposal.

Like his fellow Irishman Henderson, McCarthy has had a run of injuries that would be testing for any footballer, but it seems his name has been scribbled on the whiteboard of the recruitment department throughout a number of transfer windows.

A very talented player, let’s hope that in spite of playing just 832 minutes in the past three seasons, a new start in South London will bring better luck.

The loan signing of Victor Camarasa from Real Betis looks the most exciting of the summer deals done. The Spaniard, on loan at Cardiff City last season, showed flashes of great technical ability and he may represent a really good piece of business.

Silky and clever, the Eagles fans may have another Andre Moritz type, whose artistry will be vital given the lack of firepower. 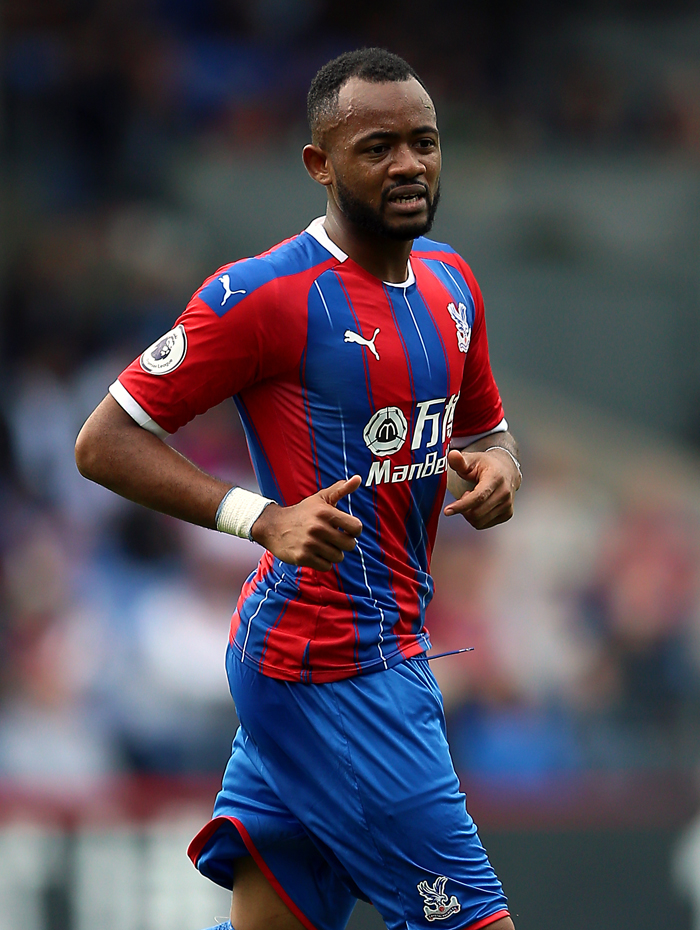 At the end of the last campaign, with Bakary Sako released plus Batshuyai and Jordan Ayew returning to the parent clubs it made sense to bring the latter back, with so many forward players required.

The industrious Ghanaian earned respect for his hard-working displays last year and with the money required to make the loan deal permanent, it was sensible to bring Ayew, pictured inset, back for good.

THE BUSINESS THAT DIDN’T GET DONE

At the season’s end, it seemed that three or four forward players were required plus two full-backs and a third-choice goalkeeper would be the key things on the sporting director’s shopping list.

Having waited all summer, the all too familiar final week of transactions failed to meet the huge expectations and it seems given the relatively small amount of money spent, these deals could have all been done without the huge sale of Wan-Bissaka.

As a result, a first half of the season much like the last seems to be on the cards.
The incoming players don’t look to be bad choices. But quite how Palace ended up with such a lack of options in two key areas is hard to fathom.

Goals look like they are going to be hard to come by again. It is imperative that the likes of Connor Wickham and Christian Benteke hit the back of the net regularly.

Last weekend’s team did not include a single player that had not already played a part last term.

Aside of the obvious fitness work, the pre-season period was a complete waste of time, with all the new incomings only given a couple of days to integrate prior to the big kick off.

How grateful those in the boardroom must be to have super Roy at the helm.

They are going to need all of his tactical nous, organisational skills and know how to navigate the way through what looks like being a tough opening half to the season, while £50m sits gaining interest in the club’s coffers.

What an opportunity lost.

*****
Adam Sells is the managing director of Sells Goalkeeper Products. He has followed the fortunes of Crystal Palace since 1976, working within the club’s academy for more than 15 years until 2013. He is a licensed intermediary, representing a number of goalkeepers including Julian Speroni. Here he writes about the 2019 summer transfer window for the Eagles