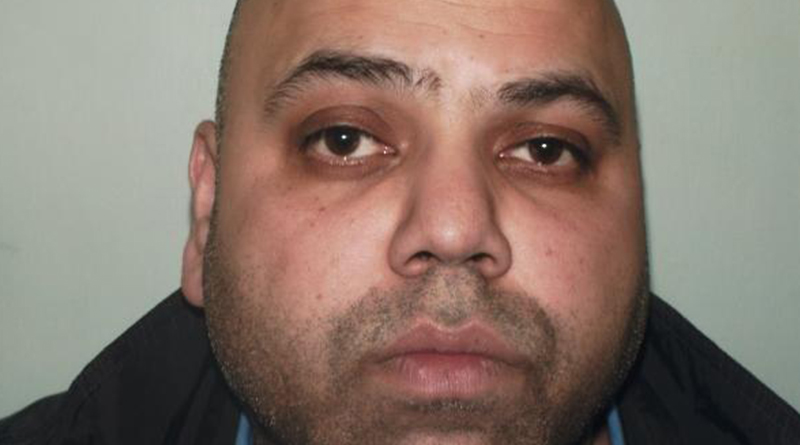 Mohammed Fethaullah, 58, of no fixed address, was convicted on Thursday, 23 May following a trial at Inner London Crown Court.

The convicted murderer found guilty of drugging and then raping a 14-year old girl and making her pregnant has been jailed for 16 years.

His victim did not tell police she had been raped for more than 18 years – but was able to prove it with a DNA test of her child.

Fethaullah, jailed for life in 2003 for the murder of his stepmother, was imprisoned for the rape today, Friday July 26.

The trial jury had heard that on 11 January 2017 the victim contacted police to report she had been raped in 1999 aged 14. She had worked after school at a grocers in Brixton that Fethaullah managed.

She had worked a shift n Friday, 18 June 1999 and was waiting to collect her wages. She believes he spiked a drink when Fethaullah asked her to get him some cigarettes from the front of the shop. She immediately felt unwell and collapsed, falling over some chairs and drifting in and out of consciousness.

She recalled Fethaullah putting her in his car. He drove to an unknown secluded location and she woke up to find Fethaullah having sex with her on the back seat of the vehicle. He believed she was not aware of what had happened in her state and afterwards drove her home.

A short time later the victim found out she was pregnant. She and her boyfriend decided to have and raise the child.

The pair split when the boy was about two and their relationship deteriorated. In November 2016 a DNA test was carried out which proved the child was conceived as a result of the rape.

The victim decided to report the matter to Kent Police initially, who then transferred the case to the Met.

Detectives from the Child Abuse and Sexual Offences Command launched an investigation that took 28 months to bring to court as officers examined DNA and forensic evidence and tried to piece together the events of 20 years ago.

Detective Sergeant Kendal Moore, investigating officer, said: “Fethaullah is a dangerous predatory individual who subjected a 14-year-old girl to a terrible ordeal. To see him behind bars for this offence after such a detailed and long investigation is very satisfying.

“I would like recognition given to the victim, who in such awful circumstances, found the strength to disclose this traumatic event and come forward to the police some 18 years later; she has carried the weight of this crime on her shoulders all this time and her bravery is truly commendable. I hope she takes some comfort from the jail term handed to Fethaullah today.

“I have been proud to lead this investigation and get justice for the victim and my sincere thanks go out to everyone who has assisted with this case. Sexual offenders will be dealt with robustly and this case demonstrates that time is not a bar to achieving justice.

“I would encourage anyone who has been the subject of a sexual assault to contact the police in the knowledge that they will be listened to and supported by a team of people who are there to help them.”