A gang of criminals have been convicted of smuggling cocaine, heroin and firearms.

Eltham resident David Baker, of Lions Close, was part of a criminal syndicate who smuggled drugs and firearms into the UK. One of Baker’s accomplices was border officer Simon Pellett, 37, who used his position to move the goods into the country. 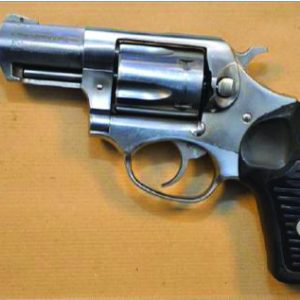 Alex Howard, 35, from Kent, was found guilty of two counts of being knowingly concerned in smuggling cocaine, heroin and firearms.

Investigators believe the defendants played a key part in a wider organised criminal network responsible for smuggling drugs and firearms into the UK.

The arrests came as a result of an operation between the Met’s Organised Crime Command, the National Crime Agency (NCA), and the Central Office for the Repression of Organised Crime of the French National Police (OCLCO), which led officers to identify members of an international criminal network who were importing firearms and class-A drugs via the Eurotunnel Shuttle.

Howard, Pellett and Baker were observed by police in the UK and France. On Friday, October 6,  2017, Pellet went to his place of work and collected an official Border Force van. He then drove alone and took the channel tunnel to France. But he was unaware the NCA had placed a listening device in his van, and as he drove he was heard making arrangements to rendezvous with Howard and Baker in Loon Plage, between Calais and Dunkirk. 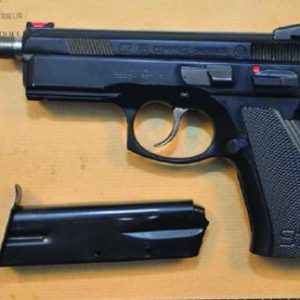 In an attempt to provide a cover story, Pellet went to a wine warehouse and purchased some wine, placing this on show in the front of the van. He then drove further into France and went to a pre-arranged meeting point, a supermarket car park in Loon Plage. Howard was waiting in the car park area while Baker placed three heavy holdalls into Pellet’s Border Force van. All three were arrested by French police.

The drugs had a total street value of £3.4million.

The firearms included self-loading and machine pistols, revolvers, silencers and suitable ammunition. There was also ammunition suitable for a Scorpion sub-machine gun.

All three suspects were extradited from France to the UK on May 11, 2018. The trail commenced on October 8. Temporary Detective Chief Inspector Sam Cailes from the Met’s Specialist Crime Command said: “This has been a complex and highly-successful joint operation that has effectively removed a criminal network, which included a serving corrupt Border Force official. We are committed to reducing the number of firearms entering the UK and potentially ending up in the hands of violent criminals. The removal of these weapons and drugs has reduced a significant threat to London’s communities. 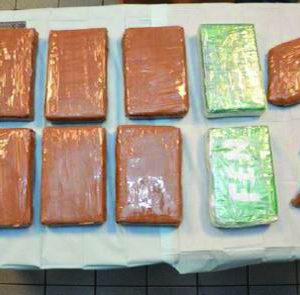 Detective Superintendent Neil Ballard from the Met’s Specialist Crime Command added: “Our work with other agencies to deter organised criminality is having a real impact on making London safer for those who live and work here. We will pursue people who are involved in the supply and possession of firearms and drugs and bring them to justice.”

David Rock from the NCA’s Anti-Corruption Unit said: “As a border officer, Pellet’s job was to prevent the illegal importation of goods into the UK, including firearms and drugs. He had the power to arrest anyone suspected of being involved in this type of crime, yet his personal greed made him susceptible to corruption and allowed him to be exploited by a UK-based organised crime group.

“This operation involved close collaboration between the British and French authorities and is a prime example of our international efforts to tackle cross-border organised crime.”

Pellett was found guilty on Monday, November 12 of three counts of being knowingly concerned in the fraudulent evasion of the prohibition on the importation of goods (smuggling of cocaine, heroin and firearms) and misconduct in a public office.