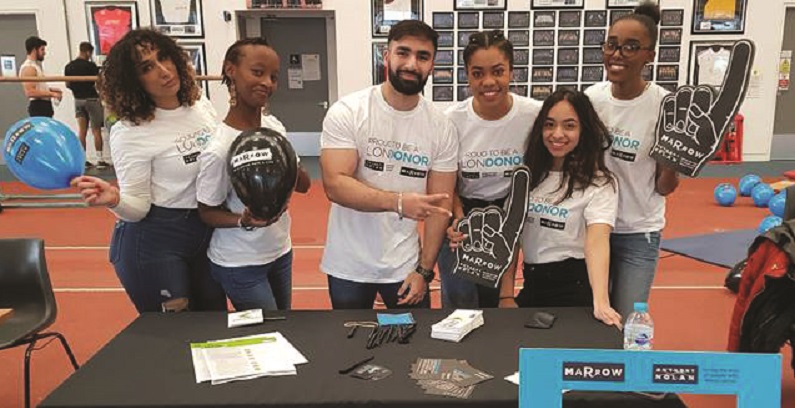 Students from nine university Marrow societies recruited 1,084 students to the stem cell donor register this academic year to help those with blood cancer.

Marrow is the name given to blood cancer charity Anthony Nolan’s network of student volunteer groups Anthony Nolan is the charity that finds matching donors for people with blood cancer – and gives them a second chance of life.

For many people with blood cancers or blood disorders, receiving stem cells from a stranger will be their last chance of a cure, so the work done by London Marrow groups is invaluable, particularly because young people are most likely to be chosen to donate.

Since 1998, Marrow groups have recruited more than 145,000 potential donors and 1,200 of these people have donated stem cells to a patient in need of a lifesaving transplant.

A quarter of stem cell donations that have occurred in the last two years were from young people recruited by Marrow.

The campaign was launched by Marrow because it’s more difficult for patients from these backgrounds to find a donor with a matching tissue type, as they make up a smaller portion of the UK population and the Anthony Nolan register broadly reflects this.

Only 60 per cent of transplant recipients receive the best match, and this drops dramatically to around 20 per cent if you’re from a Black, Asian or ethnic minority background.

This is because a patient’s best match will most likely come from a donor with the same ethnic background as them. Marrow societies want to change these odds by growing and diversifying the register, giving hope to more people with blood cancer.

“It costs £40 to add each new person to the Anthony Nolan register so the money raised by London Marrow will directly help save lives. It really has been an amazing, lifesaving year for Marrow.”

To find out more about Marrow, or to join your local group, visit www.anthonynolan.org/marrow